Ciara is opening up about raising three children with husband Russell Wilson and how they stay connected through it all.

During a recent interview with "Good Morning America," the Grammy Award-winning singer, 35, spoke about how much she admires Wilson as a father and what she hopes their children take away from their marriage.

Ciara said her and Wilson's children are his "pride and joy" and his dedication to their family is what she loves most about him.

The superstar couple is parents to 7-year-old Future, who is the singer's son from a previous relationship, 4-year-old Sienna and 10-month-old Win.

The singer said Wilson is dedicated to "every step of the way" for their kids. "As crazy as his schedule can be, and, of course, my schedule is crazy ... he finds a way to make it happen and he wants to make sure he doesn't miss anything, even if he's not physically there," Ciara said.

"He's a 100% or nothing kind of guy, and he's 100% in everything," she continued. "I always tell him he's my greatest inspiration because he really is that guy ... he's about making the best of life in every way, and I really admire that about him."

With Father's Day coming up on Sunday, the singer said she already has her plans set up to make the day special for Wilson.

"It can be a little hectic with three kids and working and everything and gathering the plans and ideas, but I feel really good about what I have planned for him," she said. "I just want him to feel as loved as he makes me feel loved because he really is an amazing father."

Having built such a strong relationship with her own father, Carlton Harris, Ciara said she believes that a father's love "can make the world of a difference in a child's life."

Describing her NFL star husband as "thoughtful," "caring" and "consistent," Ciara said he is everything to their three children that her father was to her growing up.

Adjusting to life with baby Win

The singer, who welcomed her son, Win, in July 2020, has previously spoken about how challenging being pregnant during the COVID-19 pandemic was.

Reflecting on her pregnancy now, she describes the experience as a "crazy" time in her life when she worked on finding "ways to just stay busy and express myself as an artist."

To keep herself active, the singer said she threw herself into projects in her professional life, including shooting a music video and launching a radio show on Apple Music, and cherishing time with her family at home.

"I really worked at focusing on the brighter side, just being able to give birth and to be able to create new life is a huge blessing, so if I thought about it from that perspective, there was really nothing to complain about," she said. "I just kept praying for a healthy baby, that was my most -- the most important thing to me." 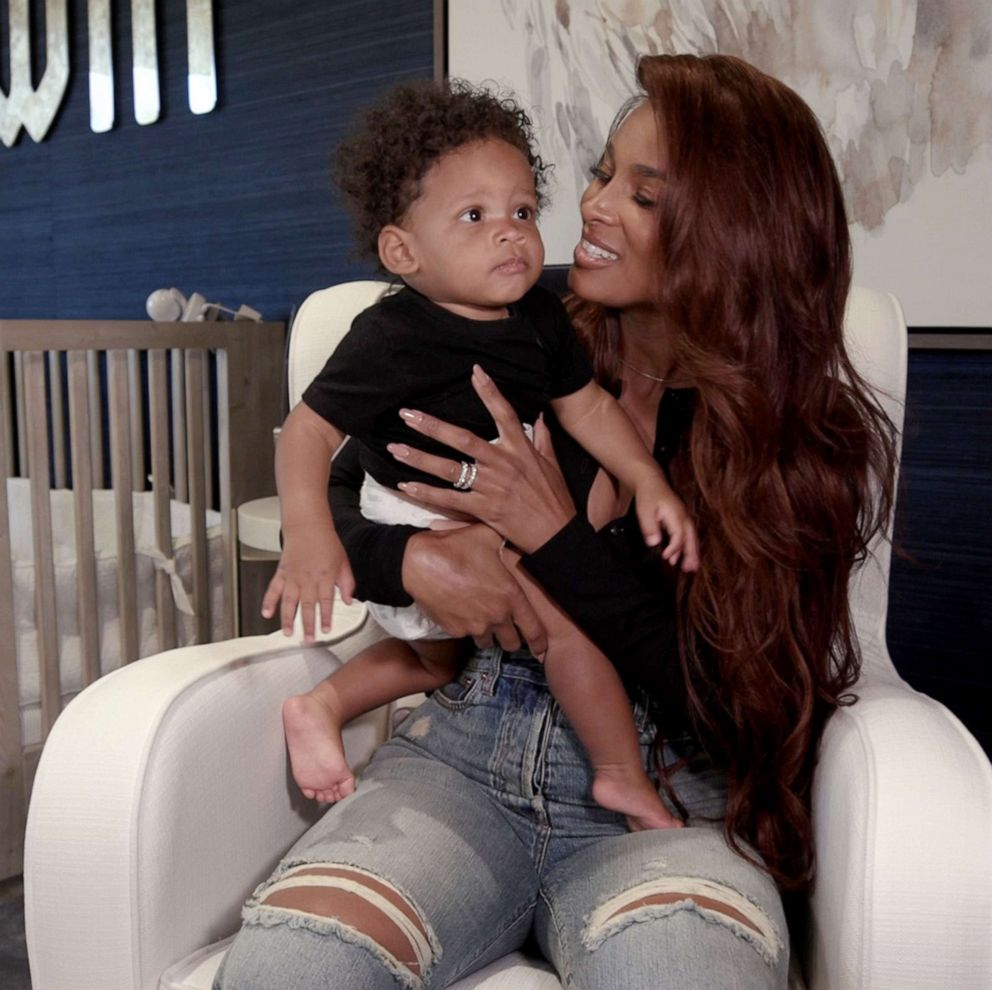 West2East Empire
Ciara appears in an undated photo with her son Win.

Ciara says Win is a very active and strong baby, and her older children, Future and Sienna, are "in love" with their younger sibling.

"When it comes to Win, they are both the sweetest ... anything for Win," she said.

"Future's obsessed with his little brother. He's like, 'Baby Win, can I just hold him one more time?'" she added. "Sienna thinks that he's her baby sometimes ... they're really, really obsessed and really, really in love with Win, and it's really sweet to see."

Giving back and lessons she's teaching her children

Although Ciara and Wilson have hectic lives, they still prioritize helping those in need.

The couple recently partnered with All Good Diapers for the company's #NewOriginals initiative, which is aiming to donate up to 10 million diapers to babies in need by the end of 2021.

With every box of All Good Diapers purchased at Walmart, a day's worth of diapers will be donated to a family in need through Feeding America, an organization Ciara and Wilson have a history of supporting.

"Being able to impact and make a difference in someone's life is really important to me, and whenever there's an opportunity to do it, you know, I say 'why not?'" Ciara said. 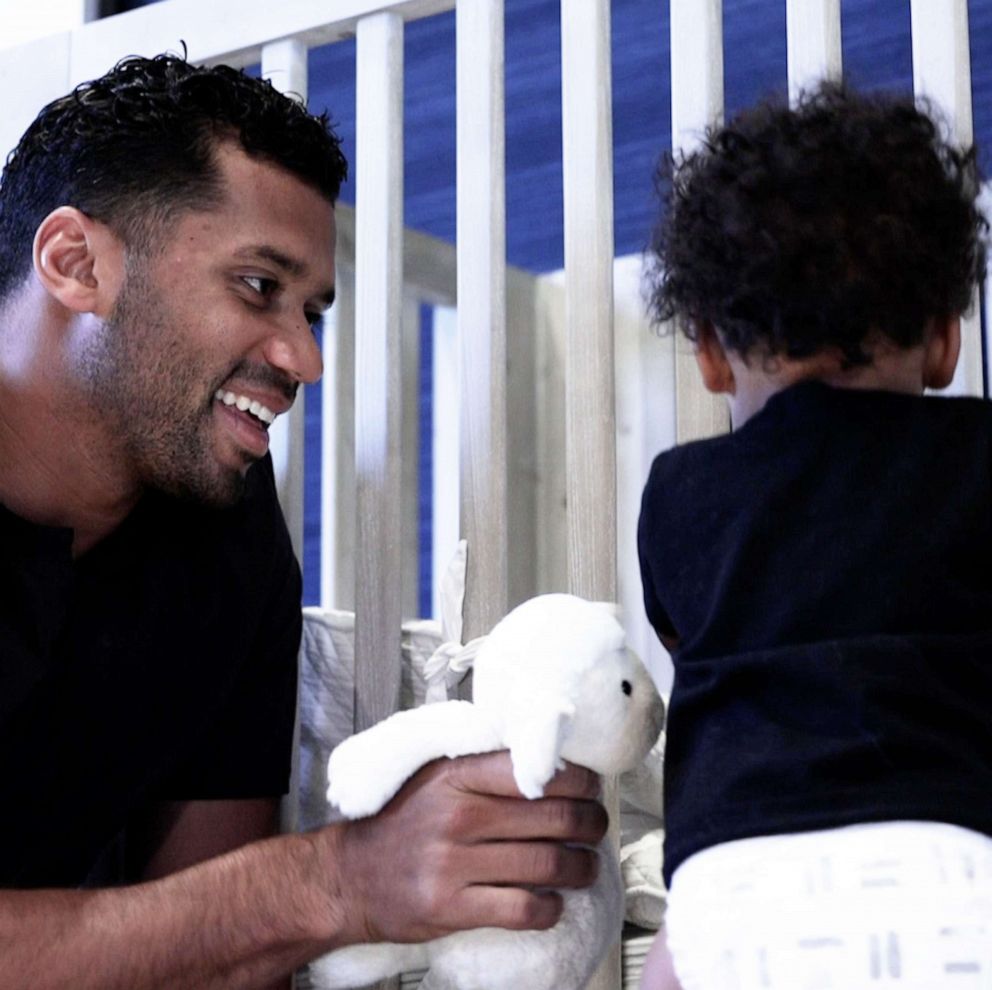 West2East Empire
Russell Wilson appears in an undated photo with his son Win.

Along with passing on this drive to help others, Ciara has several lessons in mind that she hopes to instill in her kids.

"I think it's so important for them to know that they can dream big and that anything really is possible if you believe in it," she said. "And if you commit to your vision -- if you dedicate yourself to the things that you set out for and don't waver -- stay the course -- a lot of those things are going to happen for you."

She also hopes her children see how much she and Wilson commit to them. "That love is so important and infectious and it's powerful, and so I try to give my kids double the love," she said.

The singer said that growing up she didn't have much but was "spoiled with love."

She acknowledges her children will have access to more opportunities than she did, but is determined to not allow things to come easily to them.

"I was a military baby, so I got to travel the world and live in some really cool places, but even in those places, we didn't live a luxurious life," she said. "Our kids have way more access and equity than we had growing up, so keeping them humble is also really important too."

"They may have access to some things -- but you have to earn those things -- you're not just going to get it right away," she said about her parenting style.

As a spiritual person, the singer says faith plays a large role in shaping their marriage.

"We always talk about having Jesus at the center of it all," she said. "I think a critical foundation is being able to pray together -- being able to have a solid foundation and knowing where to go to in the midst of any challenge I think is important."

"We always talk about being equally yoked," she added. "I think when you're equally yoked with someone that's more than half the battle in life." 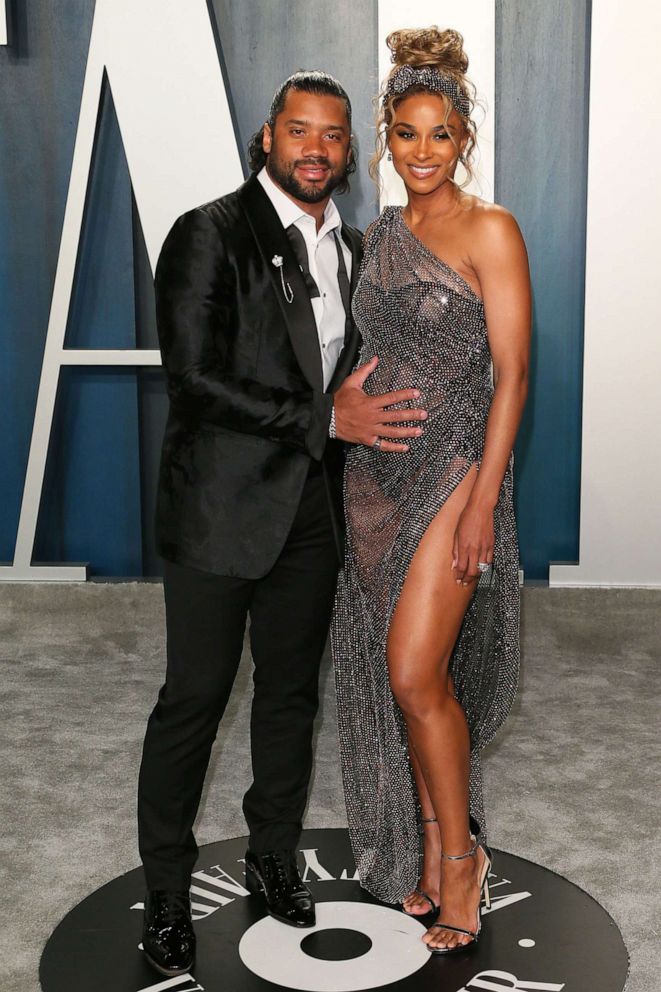 The artist says they also have mutual respect for one another's goals and careers, which she says is necessary in a healthy marriage.

"It's not like one person has to dim their light to make the other one shine brighter," she said. "It's like, 'No, we can both shine bright together,' and we both encourage that."

"I just think really having a common foundation of how you look at life is so important, and having that understanding individually and together is important," she added.