With Halloween mere days away, the "Dancing With the Stars" cast brought the thrills and chills for "Horror Night," which celebrated the scariest movies and TV shows of all time.

Despite making a strong comeback last week, "Real Housewives of Atlanta" star Kenya Moore took her final bow on the ballroom after being sent into the bottom two against gymnast Suni Lee. The judges, while disappointed by the audience vote, decided unanimously to save the Olympic gold medalist. 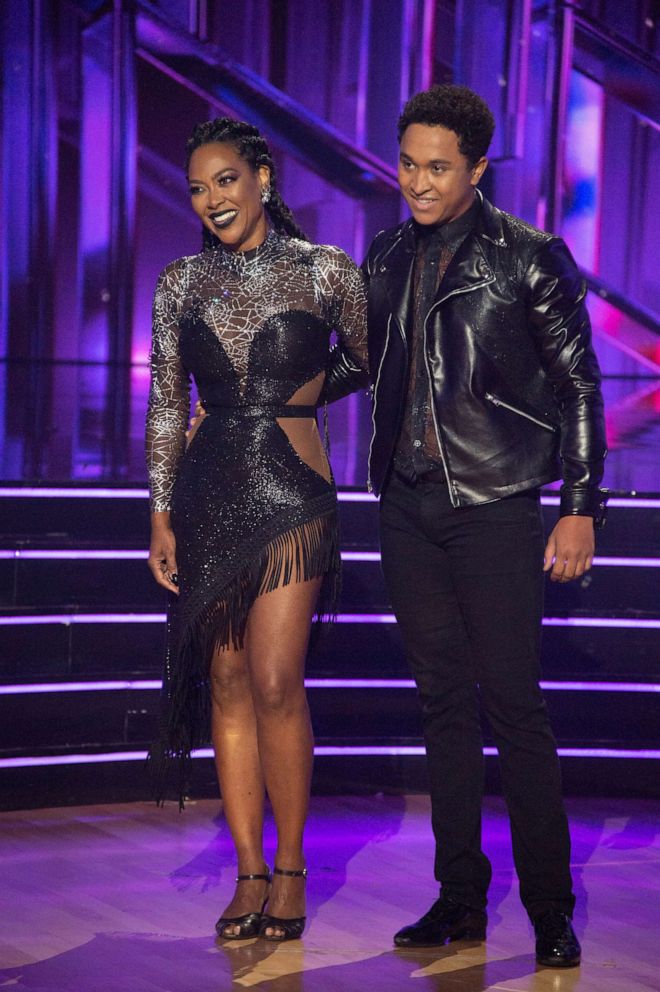 Eric Mccandless/ABC
Couples Monster Mash their way back to the ballroom for "Horror Night" on "Dancing with the Stars" as they compete for the Mirrorball Trophy for the episode that airs live Oct. 25.

While the night was full of goosebump-worthy moments, there was one person who blew the competition away: NBA player Iman Shumpert.

Shumpert collected his first perfect score of the season following his contemporary routine honoring the 2019 horror movie "Us." The powerful routine, which featured a series of complicated stunts that tested the athlete's strength, did more than bring the room to its feet. Fellow competitor Jimmie Allen stood on his chair during the thunderous applause and judge Derek Hough let off a howl as he jumped onto the judges' table. 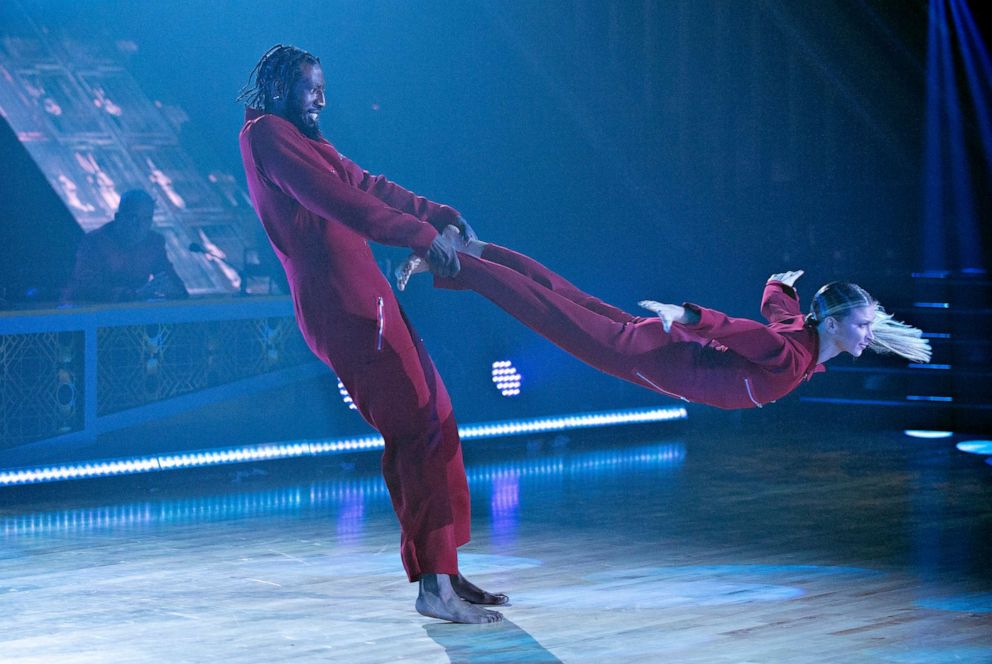 Eric Mccandless/ABC
Couples Monster Mash their way back to the ballroom for "Horror Night" on "Dancing with the Stars" as they compete for the Mirrorball Trophy for the episode that airs live Oct. 25.

Also collecting a perfect score was Nickelodeon star JoJo Siwa, whose "It"-inspired jazz routine borrowed and blended elements from ballet, contemporary and acrobatics. The judges not only praised the routine's complexity, they also saluted the hair and makeup team for transforming the lovable personality into an ultra-creepy Pennywise the Dancing Clown.

MORE: JoJo Siwa switches up signature style to twin with ‘Dancing With The Stars’ pro Jenna Johnson for Halloween

"The Office" star Melora Hardin now finds herself in danger of being sent home after finishing the night on the bottom of the scoreboard after the judges warned they found her jive to be a little too safe.

"Dancing With the Stars" will salute the music of Queen when it returns next Monday at 8 p.m. ET on ABC.