"Who needs heroes when you have thieves?" is the tagline for the new "Dungeons & Dragons: Honor Among Thieves" trailer, which made its debut at San Diego Comic-Con on Thursday.

Also starring in the movie are Justice Smith as a sorcerer named Simon and Sophia Lillis as a druid named Doric.

Set to Led Zeppelin's "Whole Lotta Love," the trailer is as tongue-in-cheek as Pine promised in an interview earlier this year, when he told Collider it's "somewhere in that ballpark" of "Game of Thrones" mixed with a little "Princess Bride" and just a smidge of "Monty Python and the Holy Grail." He also said "there's a bit of 'Goonies' in there" as well. 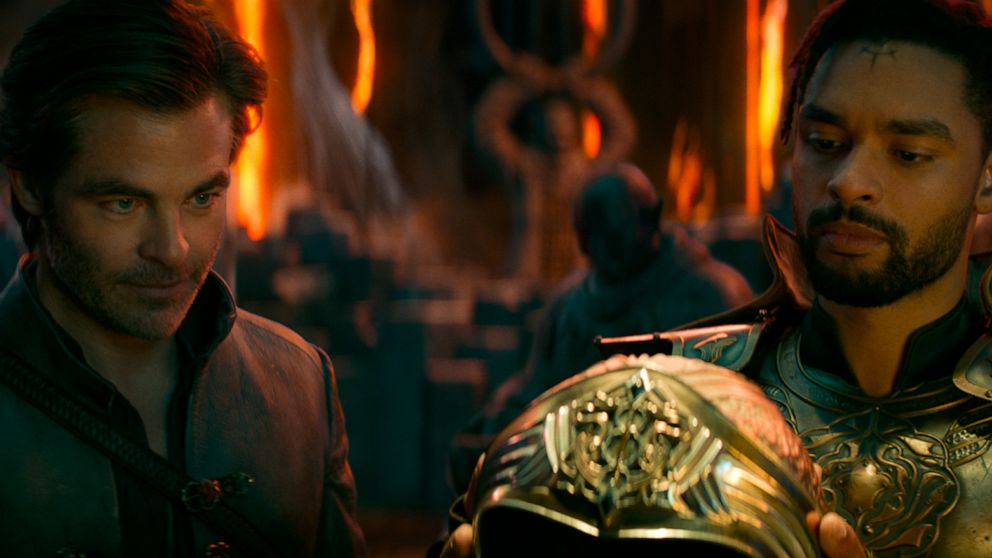 The trailer promises all the sword and magic of the classic role-playing game from which it was adapted.

The cast assembled at SDCC Thursday and was quoted by Variety discussing their appreciation of D&D as well as teasing what fans can expect from the movie.

"Dungeons & Dragons: Honor Among Thieves" arrives in theaters on March 3, 2023.