A new trailer for “Don't Worry Darling” -- starring Harry Styles and Florence Pugh -- arrived Thursday, and it's bound to give you the creeps.

The new trailer explores the crumbling mental state of Harry and Pugh's respective characters, Jack and Alice, who live in an idyllic, experimental town housing project built to meet every resident's needs. 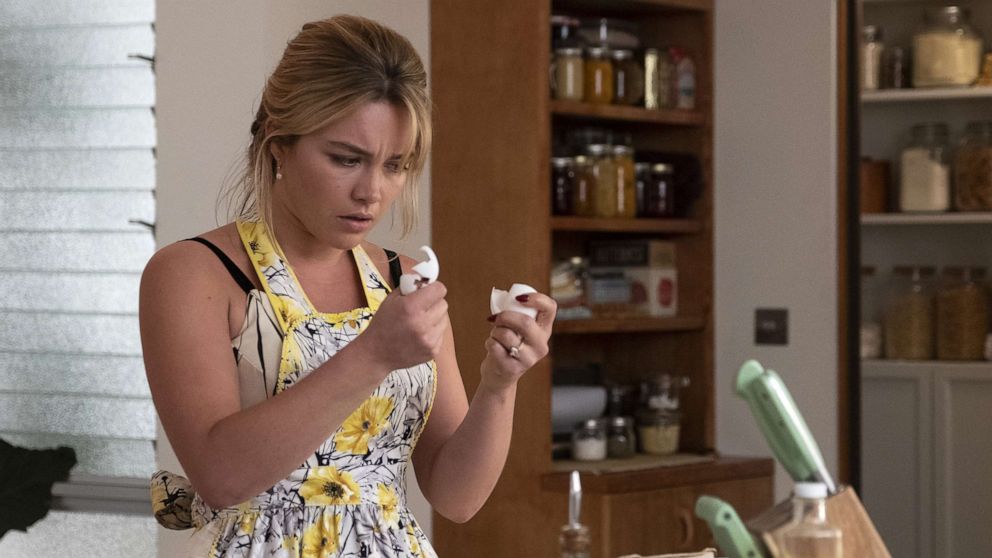 While Jack seems hellbent on keeping what he has, yelling, "I gave you all of this, Alice," his wife finds herself consumed by nightmares and begins questioning reality. One jarring scene finds her euphorically wrapping her head in plastic wrap while she says in a voiceover, "They're lying about everything," as she suffocates.

The trailer hints that perhaps the Victory Project isn't based in reality -- but in a dream world. A brief, one-second flash shows a sickly Alice lying in a hospital bed with her eyes held open by a contraption. Other hints left in the trailer show her breaking open a bunch of eggs that are empty on the inside.

Alice warns in another voiceover that the project is "all about control" as the scene pans to Chris Pine's character, Frank, shouting, "Whose world is it?" The camera cuts to a defiant Jack, who beats his chest as he bellows along with the rest of the men, "Ours!"

Harry is also set to star in another film, “My Policeman﻿,” which is set to have its world premiere at the Toronto Film Festival, which runs September 8 through September 18. The movie's theatrical and streaming premiere is set for October 21.