Some of the biggest names in TV took to social media to react to their 2022 Emmy nominations, including "Abbott Elementary" creator Quinta Brunson, Lizzo and "Squid Game" star Lee Jung-Jae.

The nominees for the 74th Emmy Awards were announced Tuesday via livestream by actor and comedian J.B. Smoove and "Brooklyn Nine-Nine" star Melissa Fumero.

"Succession" led the pack this year among all shows, earning 25 nominations total. "Ted Lasso" and "The White Lotus" were close behind with 20 nods each, while "Hacks" and "Only Murders in the Building" snagged 17 nominations a piece.

Many details for the telecast, set for Monday, Sept. 12, are still unknown, including the host, location and presenters. The 74th Emmy Awards will air live on Monday, Sept. 12, at 8 p.m. ET on NBC and will stream live on Peacock.

Read on to see how your favorite stars reacted to being nominated for the 2022 Emmys:

"What an honor to be nominated by the Television Academy. Creating this show has been the greatest gift and to have it recognized in this way is the dream. It's a joy we get to share with the amazing people who watched our first season. None of this would be possible without my incredible, supportive EP's Justin Halpern, Randall Einhorn & Patrick Schumacker, our incredible writers room, our insanely talented cast, and the hard-working teams at ABC and WBTV for helping to bring 'Abbott Elementary' to life. Lastly, and most importantly, I want to thank teachers. Thanks for being our inspiration." 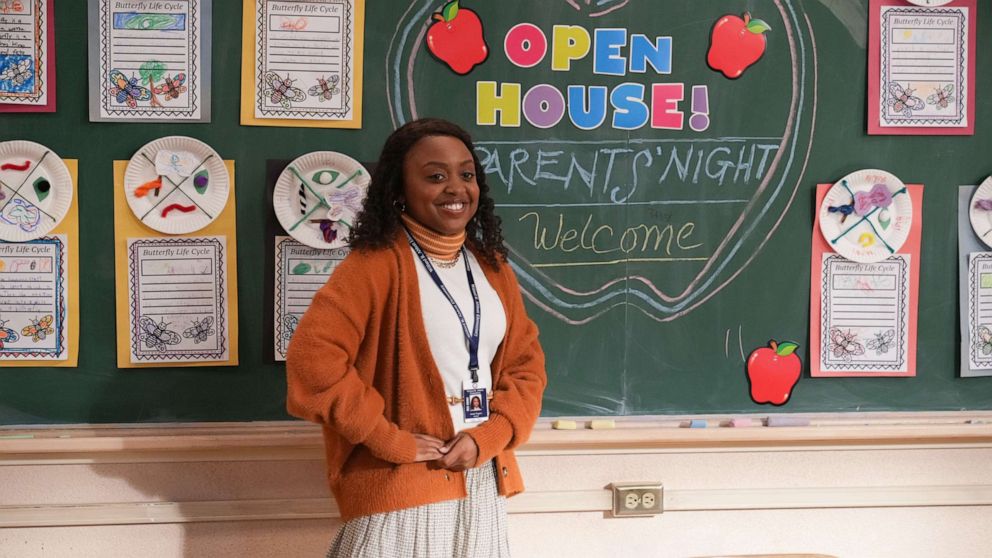 Lizzo reacted to "Watch Out for the Big Grrrls" snagging a nomination for outstanding competition program, saying in an Instagram post "we didn't do this for awards, we did this for ourselves."

"WATCH OUT FOR THE BIG GRRRLS IS EMMY NOMINATED🥹my grrrls🥹 we didn’t do this for awards, we did this for ourselves. For the lives we touched making this… To shake up the industry.. and show the world how BEAUTIFUL AND TALENTED WE AREEEEE! BIG GRRRLS ARE BOOKED, BLESSED AND BUSY 💅🏾💅🏾💅🏾 YOU BETTA WATCH OUT! Thank you @televisionacad we’ll be there with bells on!" the singer wrote.

Sheryl Lee Ralph was nominated for outstanding supporting actress in a comedy series for her role on ABC's "Abbott Elementary," and said she was "so deeply honored and completely overwhelmed with an abundance of gratitude that comes with this recognition."

"I am so deeply honored and completely overwhelmed with an abundance of gratitude that comes with this recognition," Ralph said in a statement. "Thank you to the Television Academy for the delicious honor of being nominated in the Supporting Actress in a Comedy Series category, alongside the most talented and hilarious actors of today. Thank you Emmy voters for this great compliment, and thank you to Quinta Brunson for the opportunity of a lifetime. It has been a joy and a blessing to portray Mrs. Barbara Howard on screen and honor the thousands of educators she represents across the country in doing so. Thank you again!"

"Better Call Saul" star Bob Odenkirk reacted to his lead actor in a drama series Emmy nomination by saying he was "thrilled beyond words."

"I am thrilled beyond words for this nomination," he said in a statement. "Yes, I've been nominated in this category before, but this is particularly special because of the intense experience of this final season of 'Saul' shooting, the amazing writing as Jimmy/Saul becomes yet ANOTHER iteration of himself, the wonderful work by my castmates, our amazing guest cast, and just the density of feelings in front of camera and behind in a momentous year. I am especially thrilled for my scene partner and friend Rhea Seehorn whose outstanding, wonderful, multi-facted performance is rightly being celebrated. This show is one-of-a-kind and I'll treasure each of these high points, there have been so many, and I'm thankful for everything."

"Squid Game" star Lee Jung-Jae reacted to his nomination for outstanding lead actor in a drama series, calling it "a tremendous honor."

"First, I would like to share my sincere gratitude," he said in a statement. "It is a tremendous honor to be nominated together with these brilliant actors. I would like to share this honor with the 'Squid Game' fans around the world, who showed us endless love and support, and the 'Squid Game' team, who worked very hard to make everything possible." 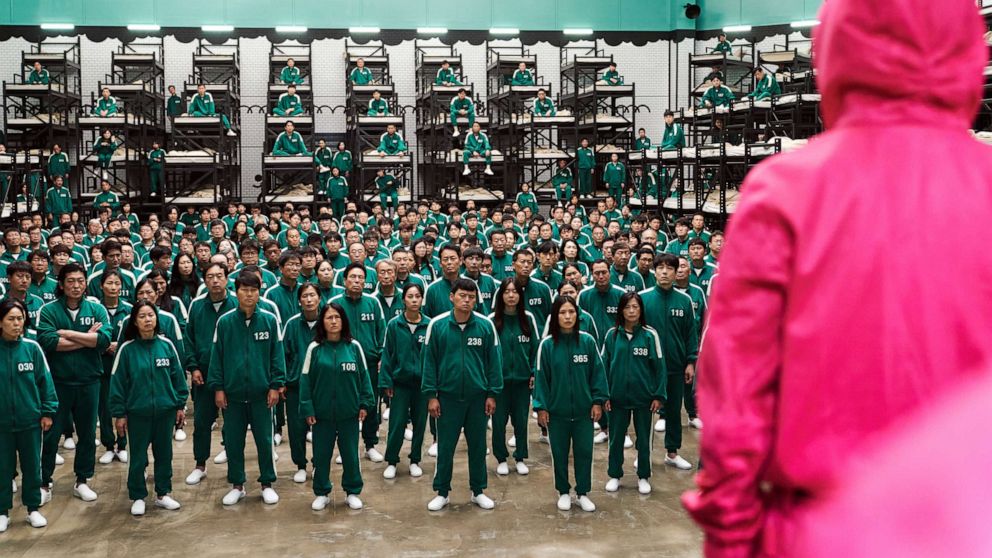 "I feel so happy and honored that 'Squid Game' became the first non-English language series to be nominated for the Emmy Awards," he said in a statement, adding that he hopes this nomination "will open up even more opportunities for the whole world to enjoy and appreciate each other's content beyond the barriers of culture and language."

Alexandra Daddario reacted to her nomination for outstanding supporting actress in a limited or anthology series for her role in "The White Lotus," saying the news got her emotional.

"It is such an honor to be nominated for my first Emmy! I just cried so much in front of a bunch of people!" she said in a statement. "Thank you so much to the Television Academy for honoring not only myself, but my fellow cast mates and Mike White. I am so proud of this show and will be forever grateful to have had this opportunity and to work alongside such incredible people and to have been stranded at this resort together."

Adrien Brody reacted to his nomination for guest actor in a drama series for his role on "Succession" by saying he's "beyond thrilled" to be nominated for "such an extraordinary show."

"Thank you to the Television Academy for this incredible recognition and to HBO, Adam McKay and Kevin Messick for inviting me to be a part of such meaningful work. I am a huge fan of 'Succession' and beyond thrilled to have been included in such an extraordinary show," he said in a statement. "I'm grateful to share this honor with the brilliant cast and crew of 'Succession,' and the fantastic writers who shaped the character, making him so fun to play. A special thank you and congratulations to Adam, Jesse, Brian, and Jeremy."

The actress shared an emotional video of her reaction to her lead actress in a comedy nomination for her role on "The Flight Attendant."

"There are no words … thank you @televisionacad for this honor that I do not take lightly," she wrote. "Thank you to my entire flight crew @flightattendantonmax for the flight of a lifetime ✈️ and to share this moment with my ♥️ @tommypelphrey with his own deserved nomination… what a moment and we are so grateful ❤️‍🔥💥"

Jennifer Coolidge shared the following statement about her nomination in the outstanding supporting actress in a limited or anthology series or movie category for her role on "The White Lotus":

"It’s so thrilling. An incredible surprise. The other girls in 'The White Lotus' are nominated, too and I love those girls, they're the greatest group and so talented. It feels like Christmas today!”

Christina Ricci reacted to her nomination in the outstanding supporting actress in a drama category for her role on "Yellowjackets."

"I am so overwhelmed right now, the dedication from this cast and crew have made so many things possible," her statement read. "I want to thank Showtime for believing in the visions of Ashley, Bart and Jonathan and for their unwavering support of Yellowjackets. I’m so happy for the recognition that the series, it’s creatives, and my fellow co-stars received this morning!"

James Lance shared the following statement about his outstanding guest actor in a comedy series nomination for his role on "Ted Lasso":

"I'm on our first ever family holiday with our little boy, so today was already a doozy. But Hannah Waddingham just Facetimed me kinda cry/laughing with this extraordinary news. I told her I love her. I'm kinda cry/laughing now too because this is beyond my wildest dreams. I'm over the moon. What a day for my wonderful 'Ted Lasso' family."

“Euphoria” star Zendaya took to Instagram to say “thank you” to fans following her Emmy nomination. The actress was nominated for outstanding lead actress in a drama series for her performance as Rue in the hit HBO show. She also scored two other Emmy nominations for outstanding original music and lyrics for the songs “Elliot’s Song” and “I’m Tired,” which were featured in the show’s second season and which she wrote lyrics for.

“Making this show with this cast and crew of the most incredibly talented people that I get the privilege of learning from everyday has been a highlight of my life,” Zendaya wrote in an Instagram post. “I’m so proud to work beside you and CONGRATULATIONS! I don’t have the words to express the love and gratitude I fee right now, all I can do is say thank you with all my heart! Thanks to everyone who connected with our show, it is an honor to share it with you.”

Actress Sydney Sweeney shared an emotional Instagram video of herself calling her mom following the news of her two Emmy nominations for “Euphoria” and “The White Lotus.”

“What a morning! Thank you so much to the @televisionacad for my emmy nominations! It’s an honor to know that both Olivia and Cassie have connected with so many,” she wrote. “I’m so proud of both these shows and grateful to everybody that’s been apart of them. But most importantly mom, I love you, we did it through the ups and downs! Thank you thank you!!”

Issa Rae, star and creator of the hit show, “Insecure,” also took to Instagram on Tuesday following the news of her Emmy nomination for outstanding lead actress in a comedy series.

“Emmy-nominated on a Tuesday?! I gotta give love to my ‘Insecure’ fans,” she said in her Instagram stories before thanking a list of folks that she worked with on the show. Rae also congratulated fellow nominees including Quinta Brunson of “Abbott Elementary,” Robin Thede of “Black Lady Sketch Show” and Rae’s “Insecure” co-star Natasha Rothwell.

Elle Fanning reacted to the news of her Emmy nomination as lead actress in a comedy series for the Hulu show, "The Great." The actress, who is currently filming season three of the hit show said her "partner in comedy," Nicholas Hoult, broke the news to her with fellow cast and crew by her side.

"I can't put into words what 'The Great' means to me," Fanning wrote on Instagram. "To be recognized for playing Catherine, a main characteer who has shaped me personally in so many ways, is a moment I will never forget."