Eric Carle, the author of "The Very Hungry Caterpillar" as well as books such as "Do You Want to Be My Friend" and "The Grouchy Ladybug," died earlier this week. He was 91 years old.

The family announced Wednesday that Carle "passed away peacefully" on May 23 and was "surrounded by family members."

Throughout his career, Carle illustrated and designed over 70 children's picture books, which have sold over 170 million copies. His most famous book, "The Very Hungry Caterpillar," which was published in 1969, is still loved around the world and was still the No. 1 bestselling board book in 2020. 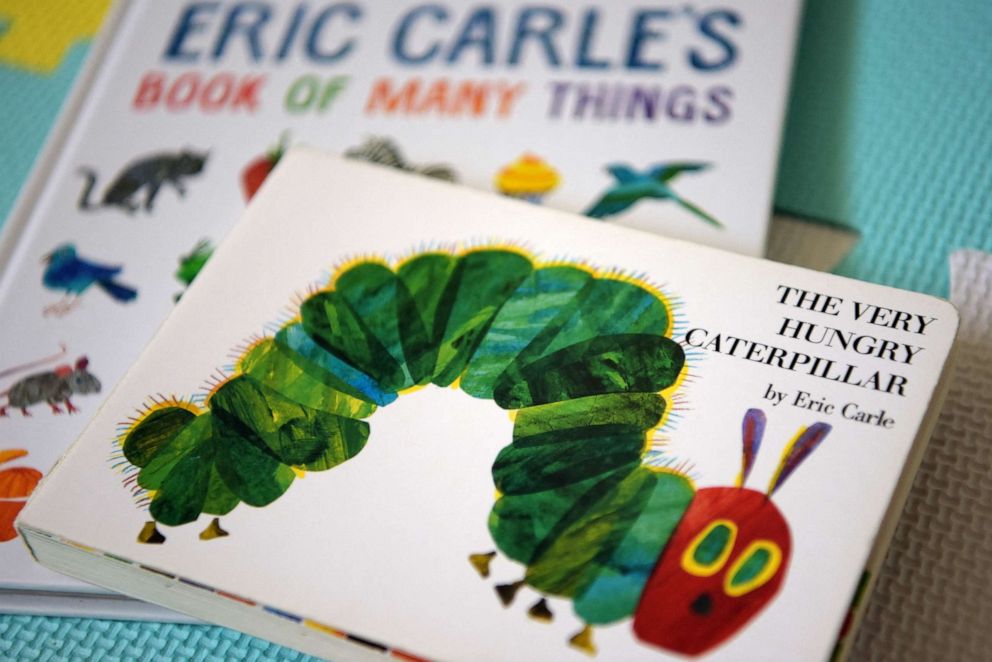 Carle was born in Syracuse, New York, on June 25, 1929. At the age of 6, Carle and his parents, Johanna and Erich Carle, who are both German immigrants, moved back to their hometown of Stuttgart, Germany.

After Carle graduated in 1950 from the prestigious Academy of Fine Arts Stuttgart, he returned to America with a portfolio in hand and $40 in his pocket. He arrived in New York City, where illustrator and art director Leo Lionnni became his mentor. Carle ended up landing a job at The New York Times.

When the Korean War broke out, he was drafted into the U.S. Army. After he was discharged, he returned to The New York Times and later became an art director of a medical advertising agency.

His career as a picture book illustrator began in 1967 when author Bill Martin Jr. saw one of Carle's illustrations in a medical journal. He invited Karle to illustrate "Brown Bear, Brown Bear, What Do You See?" 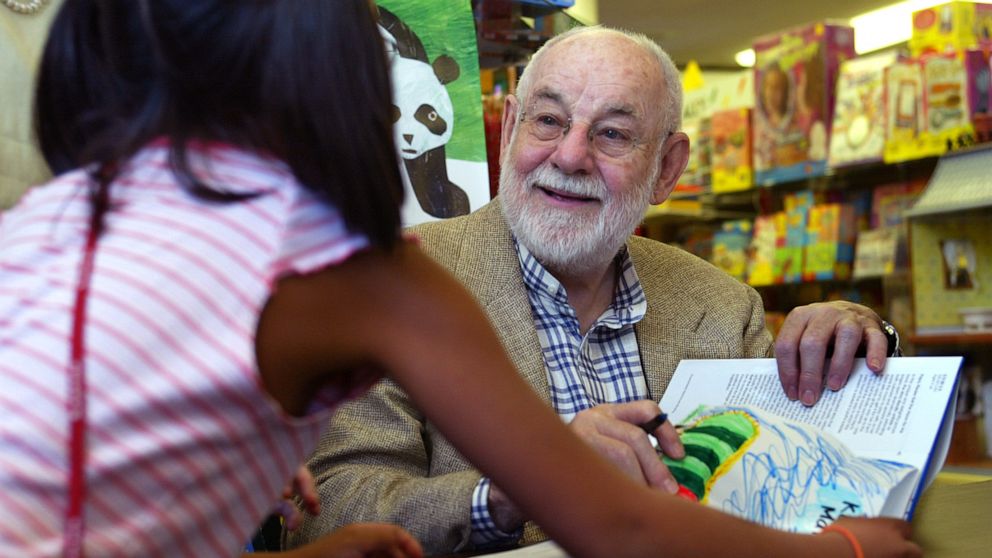 Vince Compagnone/Los Angeles Times via Getty Images
Illustrator Eric Carle, one of the giants in the field of children's books during a book signing at San Marino Toy and BookShoppe in San Marino, Calif., Aug. 20, 2003.

Carle's first children's book, "1, 2, 3 to the Zoo," was published that same year and "The Very Hungry Caterpillar" came the following year. It has since been translated into 70 languages.

"I think it is a book of hope," Carle said of the popularity of "The Very Hungry Caterpillar" in a commemorative video released by Penguin in 2019. "Children need hope. You, little insignificant caterpillar, can grow up into a beautiful butterfly and fly into the world with your talent. Will I ever be able to do that? Yes, you will. I think that is the appeal of that book."

A post shared by The World Of Eric Carle (@worldericcarle)

As a multidimensional artist, Carle's work wasn't limited to children's books. He dabbled in many different art mediums, including painting, sculpting, theater and even furniture design.

Carle was an artist until the very end, working up until death, according to his family.

Carle is survived by two children from his first marriage, Rolf Carle and Cirsten Carle, his sister Christa Bareis, and his sister-in-law Rita Wiseman.