"Star Wars" is a guy thing.

As Luke Skywalker might say, everything in that last sentence was wrong, as the past few years have proven that "Star Wars" fandom has become decidedly more female.

According to data from Box Office Mojo women comprised 43 percent of the audience for opening night of 2017's "The Last Jedi," up six percent from the first showings of "Force Awakens" two years prior.

Now, a new documentary series about female sci-fi fans is explaining why.

“Looking for Leia” is a six-episode exploration of geek fandom from a female perspective, from costuming and droid building, to the importance of gender and racial representation both on and off-screen.

“I’m looking forward to ‘fem-splaining’ 'Star Wars,'” says series creator Annalise Ophelian, a documentary filmmaker who also works as a San Francisco-based psychotherapist and consultant. “I hope that women in fandom of all ages get to experience a mirror, and a sense of seeing themselves in this. It’s also going to be fun for folks who don’t understand 'Star Wars' fandom at all.” 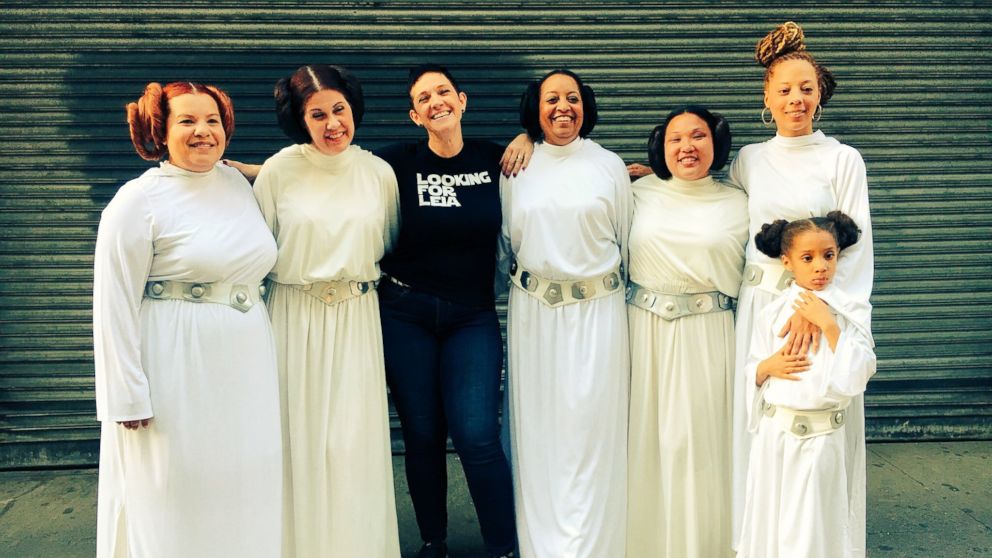 Ophelian, 44, and her team are working to shatter stereotypes that suggest women have only recently embraced "Star Wars" fandom because of female lead characters like Rey, played by Daisy Ridley. Women, Ophelian said, have been here from the very beginning.

In 1977, Ophelian said she fell in love with "Star Wars" as a four-year-old girl, and saw the film 10 more times the following summer. On Halloween, she dressed as Princess Leia in a costume her mom made out of curtains. But it wasn’t until 2015 when Ophelian said a visit to the "Star Wars" Celebration fan convention in Anaheim, California, inspired her to tell a fangirl-focused story.

“I got there and I was really blown away by how many other women were there, not dragged along by boyfriends or anything, but were clearly the primary fan,” she told ABC News. 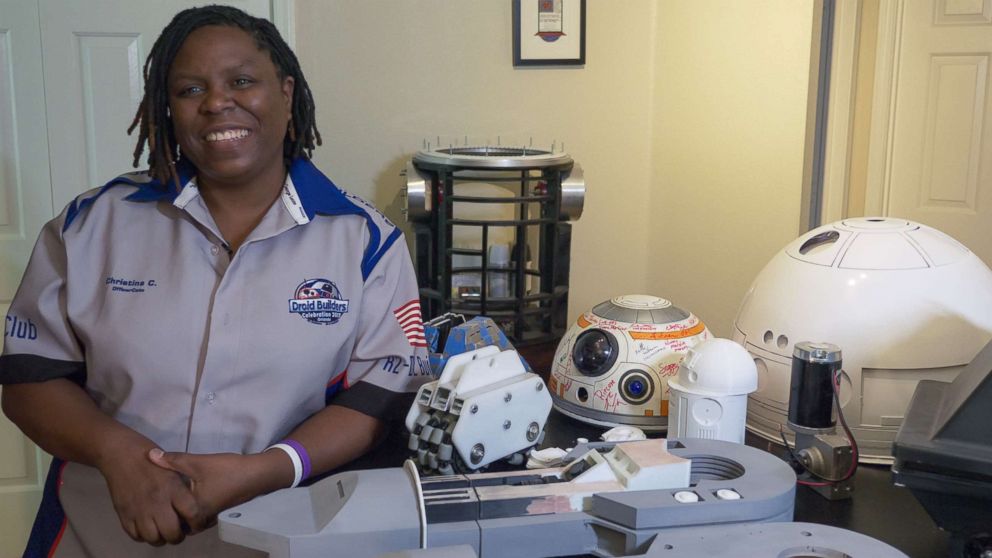 Looking For Leia/Floating Ophelia Productions
Christina Cato of the R2-D2 Builders Club with some of her droid works-in-progress.
May the Fourth be with you: Everything you need to know about 'Star Wars' Day
Mark Hamill on his ‘Star Wars’ goodbye to Carrie Fisher

Originally, Ophelian said her vision for “Looking for Leia” included a cross-country road trip to record the stories of female fans. She’d hoped the crowning touch would be an interview with the princess-turned-general’s alter ego herself, Carrie Fisher.

But on Dec. 23, 2016, Fisher suffered a medical emergency on a flight from London to Los Angeles. She died four days later.

“I felt like the project died with her,” Ophelian said. “There was a lot of hopelessness on a lot of fronts for a lot of people.”

Ophelia's partner StormMiguel Florez told her not to give up, correctly predicting that brokenhearted fans would be especially eager to talk about Fisher’s legacy and impact.

In making the series, Ophelian said she met fans who weren’t shy about changing up elements they considered sexist or outdated, like the infamous gold “Slave Leia” bikini Fisher wore in “Return of the Jedi” as she strangled Jabba the Hutt to death. 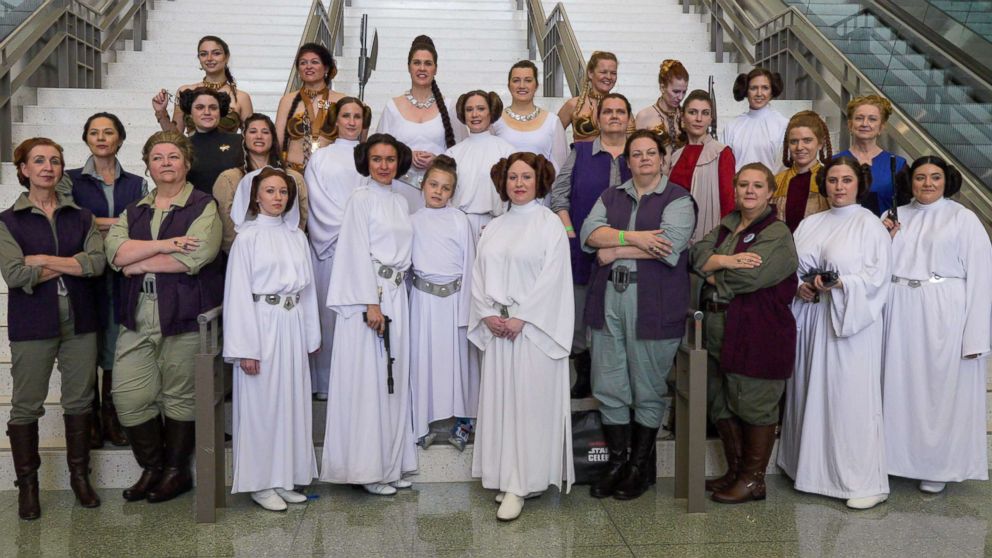 At the 2017 "Star Wars" convention in Orlando, Ophelian interviewed a woman wearing that costume, who chose to call it by a new, more empowering name: The “Huttslayer." The term was officially canonized in the novel “Star Wars: Bloodline” by Claudia Gray.

Ophelian -- who directed the critically-acclaimed 2015 documentary “Major!” about the life of a transgender activist -- said tweaking source material in this way is common for people who feel marginalized.

“We’re used to having to adapt the stories that are not about us to somehow fit us,” Ophelian explained. “Being able to take this stereotype, flip it, and own it.”

Ophelian financed “Looking for Leia” largely through crowdfunding, and hopes to have the six, half-hour episodes finished later this year. She’s currently working on finding a distributor and would love to see the series get picked up by one of the large video streaming services. 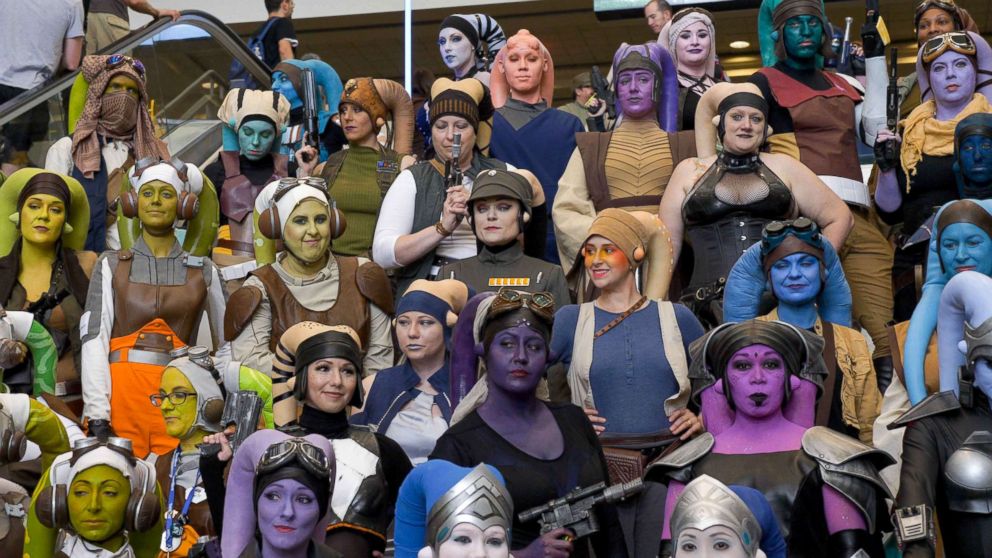 The project isn't associated with Lucasfilm or Disney, but counts among its ranks researcher Amy Richau, who once worked in the Lucasfilm Film Archive and is currently running her own blog called “365 Days of 'Star Wars' Women."

In the end, Ophelian said it’s important that “Looking for Leia” gives voice to a diverse cross-section of female fans of all races, gender identities, and abilities, and to treat their “geek identities” with respect.

“I think there’s something really powerful,” she said, ”to observe and to learn from people talking about the thing that brings them joy.”

"Star Wars," Lucasfilm and ABC News are all owned by parent company Disney.