When Alexandria Cimoch downloaded TikTok "out of boredom" amid the COVID-19 lockdown and posted a video about her being on "Friends," she was "very surprised" to see it go viral.

The clip, which has amassed nearly 3 million views as of Wednesday afternoon, features Cimoch sharing moments from the beloved sitcom set to its instantly recognizable theme song in which she and her three brothers -- Paul, Justin and Cole -- can be seen. She and her siblings, who are quadruplets, appeared on the show as the triplets Phoebe Buffay (Lisa Kudrow) gets pregnant with in season 4 and gives birth to in season 5. They appeared in the show when they were just 6 months old. 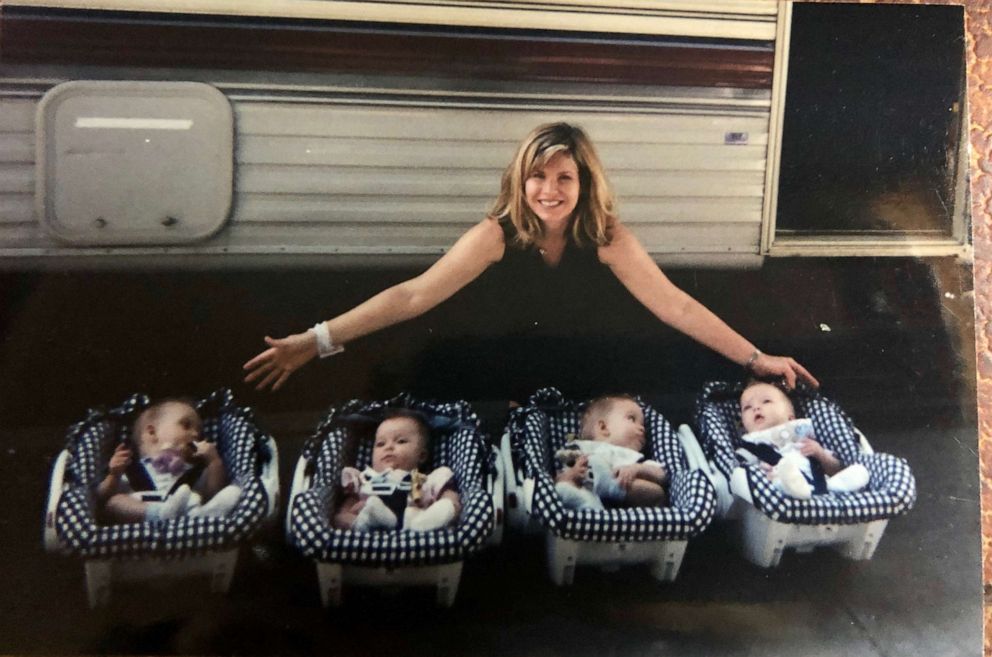 Courtesy Cimoch Family
Alexandria Cimoch with brothers and mom outside a trailer on the Warner Bros. lot close to the "Friends" set.

"I never would have expected it to blow up and reach so many people, but I'm glad people are enjoying it," Cimoch, now a 21-year-old junior at the University of Wisconsin-La Crosse, told "Good Morning America." "It's a fun fact that people freak out over!"

yes... I was on friends ##friends ##foryoupage ##fy ##phoebebuffay

Cimoch's mother, who had written a magazine article about having quadruplets via in vitro fertilization after they were born, caught the attention of Warner Bros. casting and the babies were brought in to audition. Little did they know, but they had an edge over the competition, ultimately being the ones featured in the 1999 episode titled "The One With Joey’s Porsche." A different set of babies played the triplets in the 1998 episode "The One Hundredth," which featured their birth.

"There were four sets of triplets auditioning and we were the only quadruplets," Cimoch recalled. "I would love to say that my brothers and I had a natural talent for baby acting, but the real reason we were chosen is that we were quadruplets. So, if one of us were crying, the other baby could switch in."

While Cimoch was too young to remember the cast and isn't in touch with any of them now, her mom told her Courteney Cox "really enjoyed holding" her and that she and Kudrow were the "most loving" of the bunch. While Cimoch "would have loved" to say she met Jennifer Aniston, unfortunately she wasn't in her scenes. 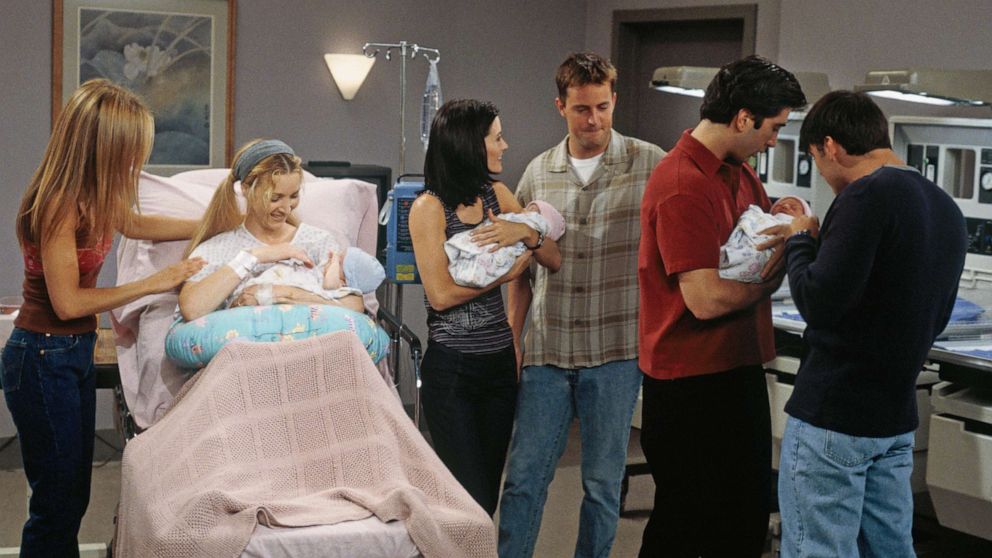 NBC Universal via Getty Images
The cast of "Friends" with Lisa Kudrow as Phoebe Buffay having triplets.

As for the question of whether or not Cimoch is a fan of "Friends" like other millennials and Gen Zers, the answer is a resounding yes.

"I am a huge fan of ‘Friends.' I spent a whole summer in middle school binge-watching the series," Cimoch revealed. "It really made me appreciate the fact that I got to be a part of an episode and such an iconic show! The show is very much still alive and well and so many of my college friends stream it. I get a lot of Snapchats from my friends who watch the episode and they get so excited to see me as a baby on TV."

Cimoch admitted growing up as a quadruplet as the only girl of the bunch was "pretty crazy" and she was "more like a tomboy" to fit in with her brothers. Now, though, they are all "so close" and she considers them her best friends.

Though multiples don't run in her family, Cimoch's sisters, Isabella and Brianna, are twins. They were from the same batch of embryos Cimoch and her brothers were from and they were kept frozen for six years after the quadruplets were born.

"My parents just couldn't leave them frozen," she explained. "They implanted them and thank goodness they did or we would not have them as my younger sisters. I am so incredibly grateful for them."

These days, Cimoch is studying musical theater and communication with an emphasis in media studies. She admitted adjusting to online studies amid the COVID-19 lockdown has been "one of the biggest challenges" of her life, but she is enjoying her singing lessons via Zoom -- though she cannot say the same for the rest of her family.

After residing in California for numerous years, where she was signed to a talent agency in Los Angeles, Cimoch's parents eventually moved her family to Wisconsin -- a move she jokes "ruined" her acting career. That said, Cimoch was able to find an outlet for her theatrical talents, starring in shows in both high school and college.

Cimoch is now "all in" on pursuing a career as an actor, primarily on the stage -- though she admits film acting interests her, too.

"I am more certain than ever about pursuing professional theater after college and I'm excited to take the steps to move to New York and pursue Broadway," Cimoch said. "Or wherever I can professionally do theater."