It's "The One with The Newborns!"

A Colorado-based photographer put together the most adorable "Friends"-themed photoshoot that has us saying in our Janice voice, "Oh. My. Gawd!"

Mandy Penn, 34, is a professional photographer in Colorado Springs, Colorado, who recently started doing newborn photography. The self-described "‘Friends"' fanatic said she had the idea to get her name out there by organizing a full-blown "Friends"-themed newborn photoshoot.

On March 20, Penn took to Facebook to share the photos, and the post has since garnered over 10,000 likes. (Don't worry: The shoot took place March 12, before Colorado mandated social distancing due to the coronavirus.)

"My friend Alli Coats was pregnant with twins and she's obsessed with Friends too... [I asked her] 'Oh my gosh, how fun would it be to do a Rachel and Monica photoshoot?'" said Penn. "We got together and started thinking of ideas." 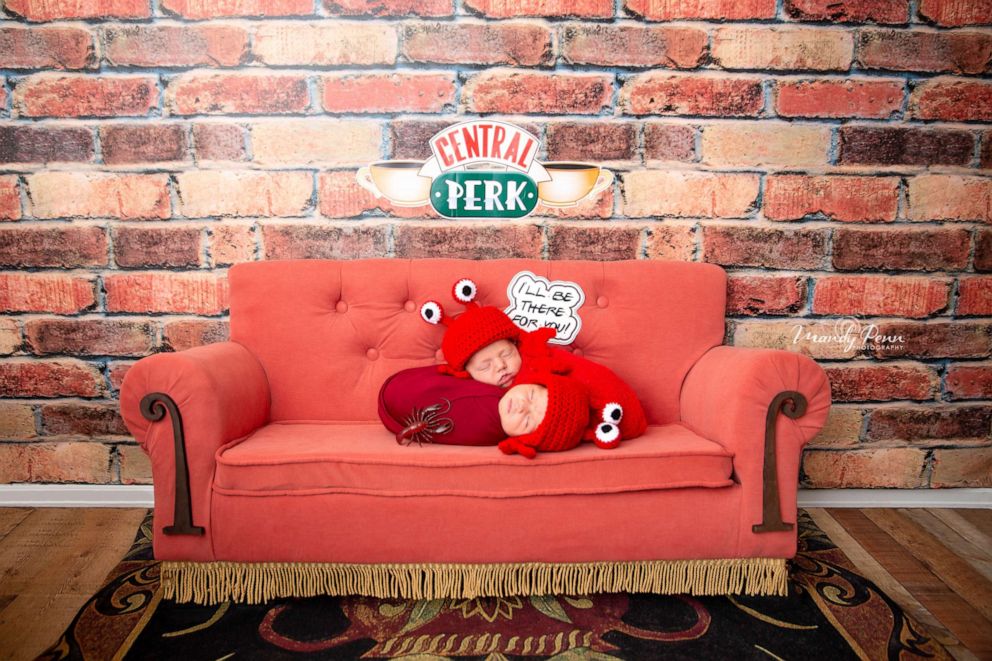 Courtesy of Mandy Penn
11-day-old Georgia and Gemma Coats pose as lobsters in a 'Friends'-themed photoshoot in Colorado Springs, Co.
MORE: These identical quadruplets were born during the coronavirus pandemic

Alli Coats said she was immediately on board to have her daughters, Georgia and Gemma, appear in the photos. From there, the idea developed, and with help from a mentor,Penn said she was able to find parents of four other newborns to take part. 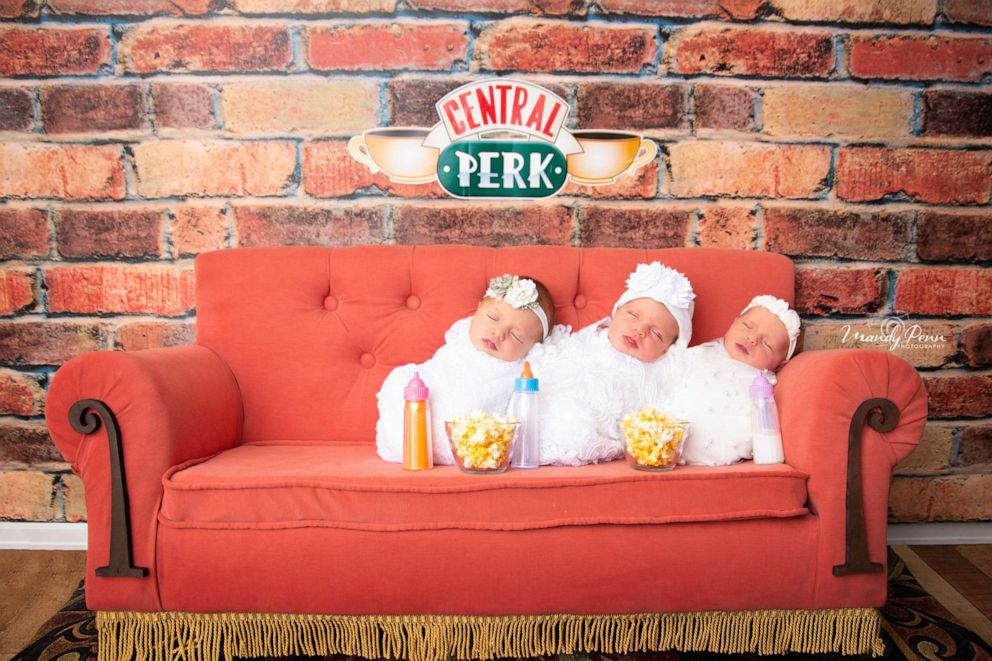 Courtesy of Mandy Penn
Three newborns recreate the 'Friends' episode, "The One With All The Wedding Dresses."

Penn decided that the iconic couch had to be the backdrop.

"I reached out to another friend who upholsters furniture, and she surprised me with [a custom] 'Friends' couch that she built from scratch!" Penn said. "She's phenomenal ... I was almost in tears."

Penn said the rest of the props were either handmade or purchased from Amazon, Walmart or Target.

"Obviously, the baby's neck needs to be supported and there are safety concerns, so we were super cautious about that," said Penn, adding that she "couldn't have done it without some friends of her own who came to assist and the babies' moms. 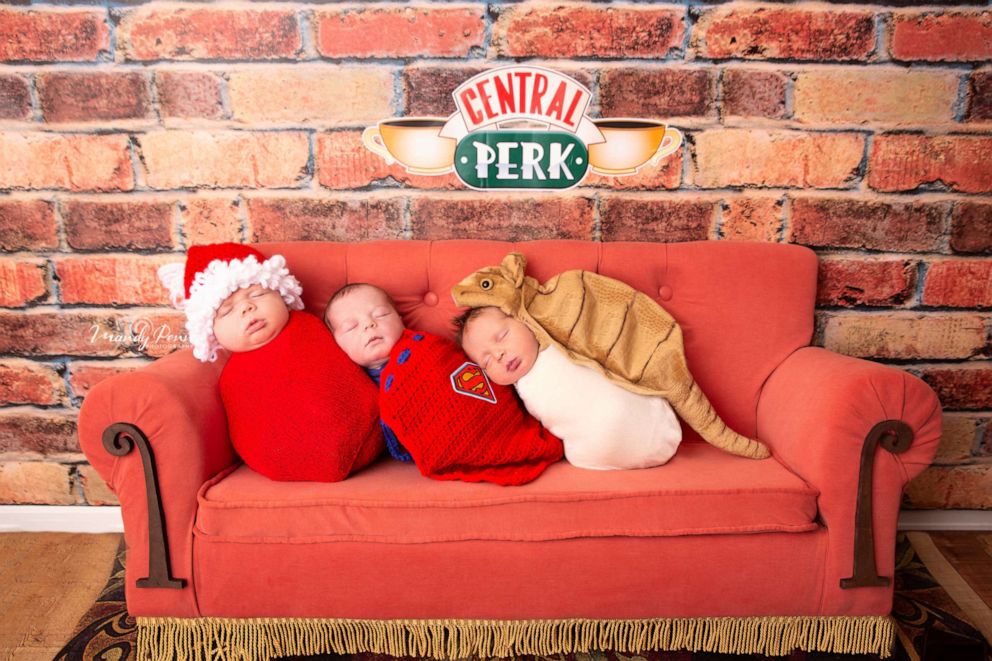 Courtesy of Mandy Penn
Three newborns recreate the 'Friends' episode, "The One With The Holiday Armadillo."
MORE: Amid coronavirus, couple races against time to be with baby being born via surrogate

Penn said she decided to share the photos now to spread some joy during a difficult time.

"I wanted to shed some light and laughs for my fellow 'Friends' addicts and fans out there," she wrote on her blog.