“I always lived right by my mom. We just always did everything together. We had a very close relationship,” Rudy, of Kemmerer, Wyoming, said. “She was just one of those great people.” 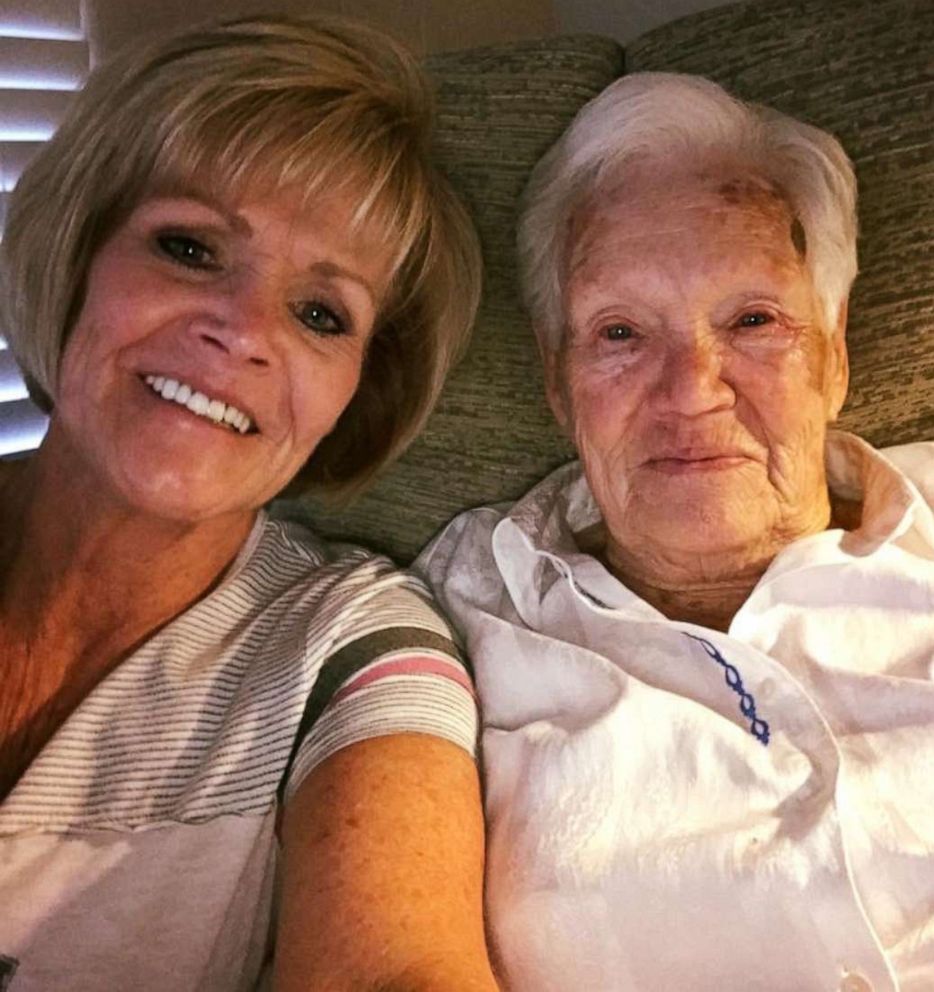 Two weeks after Rudy lost her mother, she and her family members drove six hours from Wyoming to see Brooks, one of their favorite artists, perform in Denver, Colorado. The concert was so great that Rudy, her daughter Aarika Walker and niece Kristen Wilkerson decided to drive another six hours to Brooks’ next tour stop in Boise.

The family has always been huge Garth Brooks fans, but his song, "Mom," in particular always stuck with them. Walker said when her grandmother was alive they often played her the song and it brought her to tears.

The lyrics read, “You’ll never have a better friend, or a warmer touch to tuck you in. She’ll kiss your bruises, your bumps and scrapes. And anytime you hurt, her heart’s gonna break.”

(MORE: Garth Brooks gets emotional while dishing on his new song 'Stronger Than Me')

Since Brooks does a set at the end of each concert where he reads the audience's signs with song requests, the family arrived with a sign to play "Mom" for Shirley. 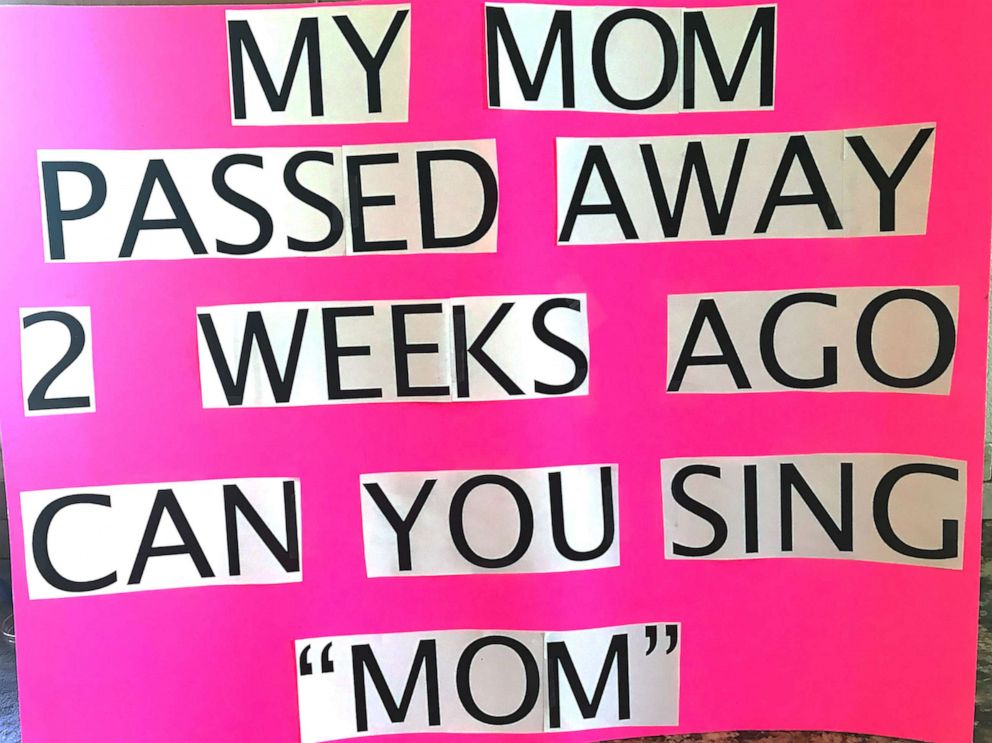 Aarika Walke
The sign Bobbee Rudy held up for Garth Brooks at his concert in Boise, Idaho.
Editor's Picks

On a bright pink sign the Rudy wrote, “My mom passed two weeks ago. Can you play ‘Mom?’”

At the end of the concert, Brooks searched for signs and found Rudy’s first. He read it out loud to the audience saying, “I think music is a part of the healing process. I’d be honored to sing 'Mom.'"

Garth Brooks' healing words: 'Every day she’ll be standing right here with you'

Brooks then asked what Rudy’s name was and her mom’s name as well. When she replied "Shirley" Brooks said, "I know you still talk to Shirley, you tell her I say hey. OK?"

Brooks shared that he lost his mom 20 years ago and misses her every day.

"What you’re going to notice is that every day she’ll be standing right here with you," Brooks said. He then sang the song that meant so much to Rudy and her family to a quiet audience and blew kisses to them after the last note.

"It just meant so much. The fact that he saw our sign and took the time to talk to us," Rudy said. “It just meant the word to me. Kind of indescribable." 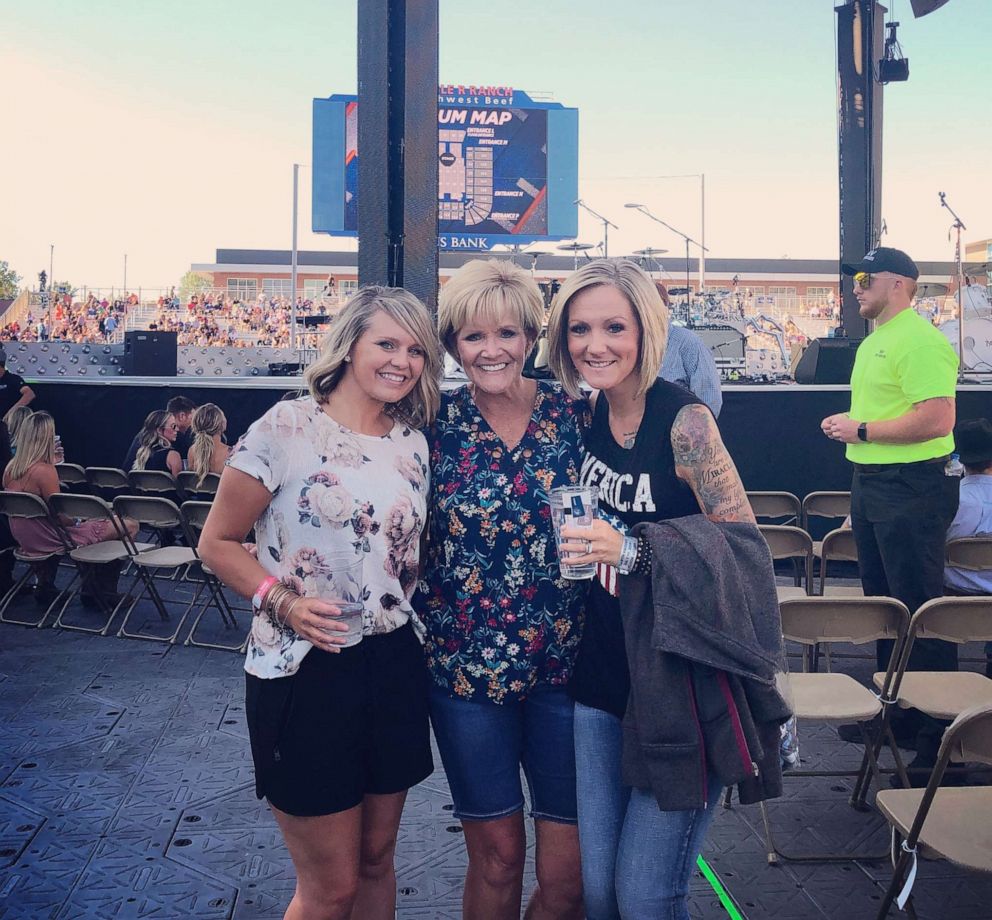 Aarika Walker
Bobbee Rudy along with her daughter Aarika Walker and niece Kristen Wilkerson at the Garth Brooks concert in Boise.

The moment moved the family to tears, but it touched so many others in the audience as well. After the show, Walker said people were coming up to her mother and hugging her, crying with her and sharing their own stories.

"A woman staying in our motel’s mom had died just one day after mine," Rudy said. "She told me after the concert and we just stood there and hugged."

The family hopes their message of gratitude will somehow reach Brooks, so they can share with him just how much that moment meant to them.

"I would just give him a great big hug and tell him thank you and how sorry I am that he lost his mom too," Rudy said. "He said that they’re always with you, and that was very comforting."