A mother has given the gift of life to a young stranger after seeing his mother's plea for an organ donor written on the back windshield of her vehicle.

Starr Gardy, a mom of two from Charleston, South Carolina, gave her kidney to Daniel Jones Jr. on May 1. 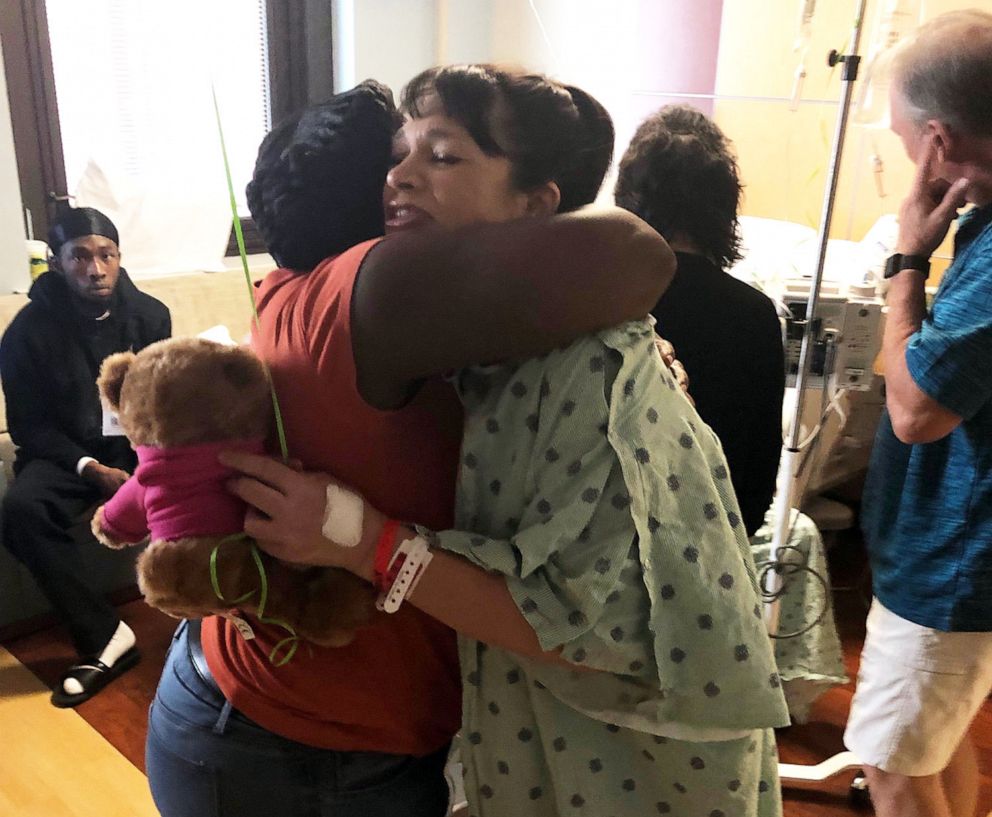 Courtesy Starr Gardy
Kidney donor Starr Gardy, pictured hugging Lashonda Pugh in the hospital, donated her kidney to Pugh's son after seeing a plea for a donor written on the back of his mother's car.

Back in November, Gardy had stopped at a Walmart for party supplies for her daughter’s birthday when she saw a message on the window of Lashonda Pugh's parked SUV.

Pugh has been employed at the Walmart location for 14 years and was working the day Gardy saw the message in the lot, she said. 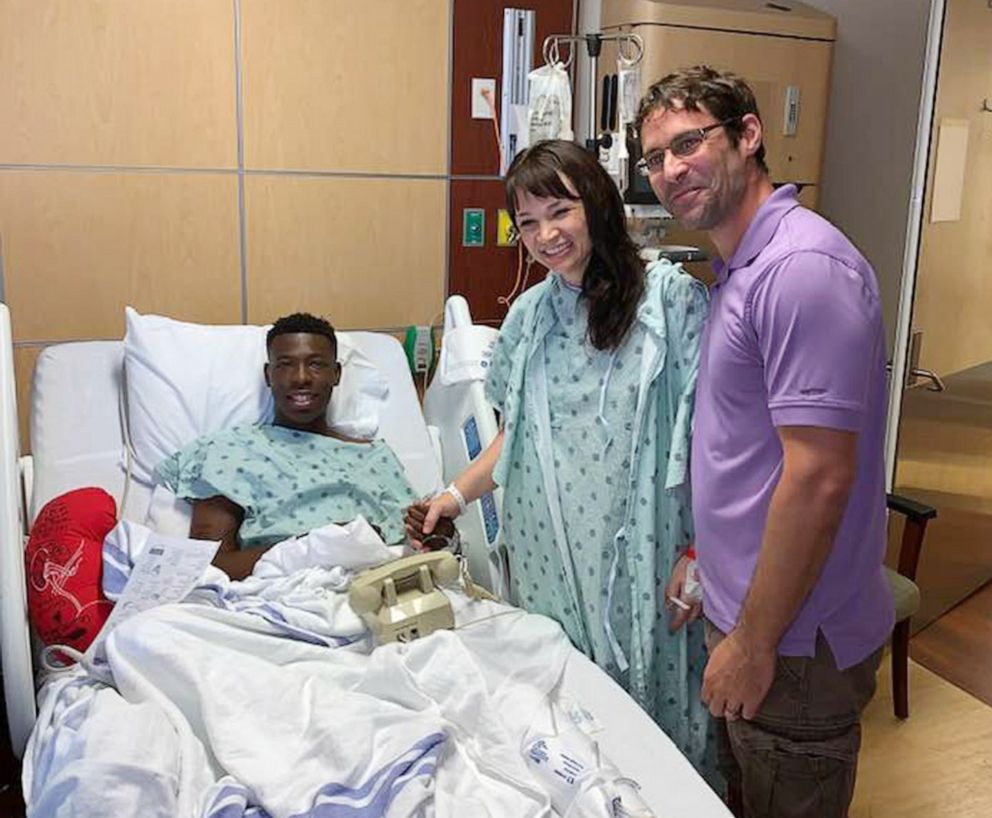 "It said, 'Please help. My son needs a kidney,' and gave his blood type,'" Gardy told "Good Morning America." "I just froze, and I felt so moved and thought, 'What if I could help?'"

When he was a child, Jones was diagnosed with a genetic condition called Alport syndrome, which causes the progressive loss of kidney function. 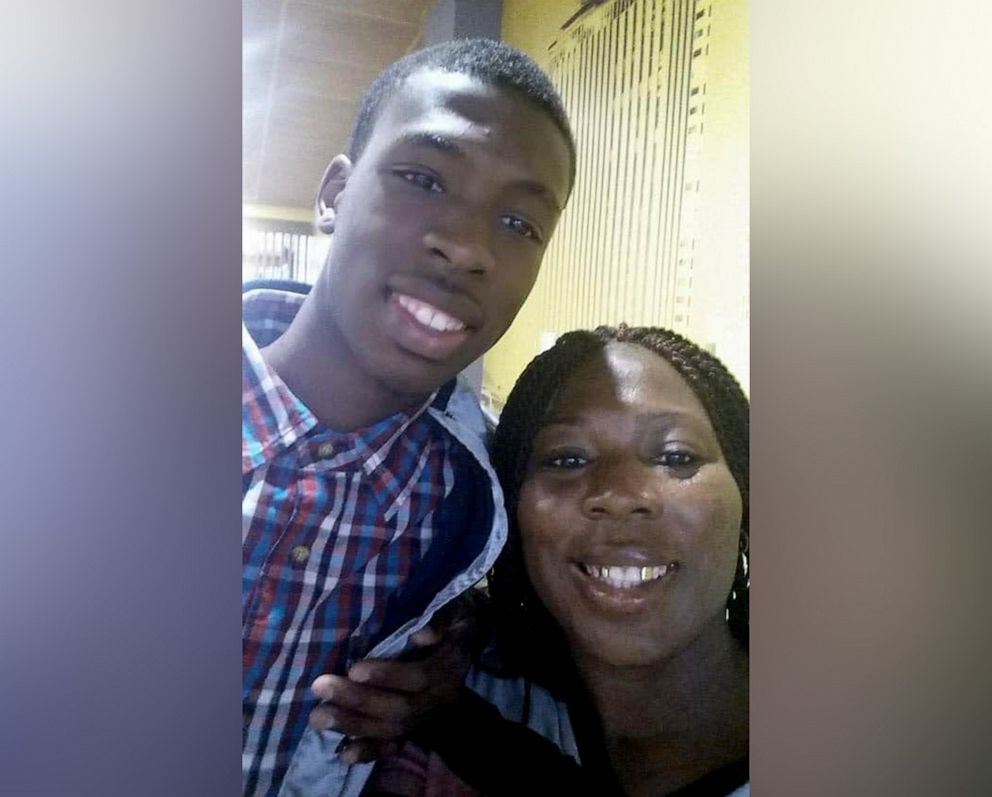 "I was heartbroken," Pugh said. "I felt like I couldn't help him. Being his mother, I was going to do what I could to get him through this sickness."

Jones needed a kidney, so Pugh shared a message on her car. Over a dozen locals reached out, but it was Gardy who was a match.

(MORE: Mom who nearly died after childbirth has a message for moms this Mother's Day)

"I [asked] my kids, 'How would you feel if mommy donated a kidney to somebody?' They were both OK with it and my husband was like, 'Whatever you want to do is fine with me,'" Gardy recalled. "I think later on he started to feel super moved by it all too."

Gardy and Jones underwent transplant surgery at Charleston Hospital where both families met for the first time after the operation.

"It felt like she was family," Pugh said. "We hugged and cried and I thanked her for giving my son a second chance at life." 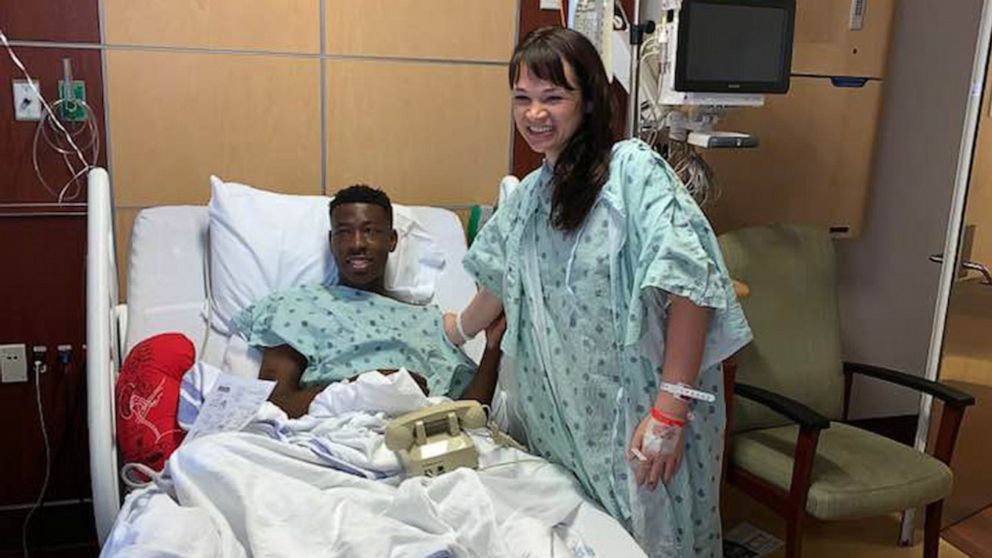 Courtesy Lashonda Pugh
Starr Gardy, a mother of two from Charleston, S.C., gave her kidney to Daniel Jones Jr. on May 1, 2019.

Jones said the experience was "a dream come true. I can't repay her for it, so all I could do is thank her."

Jones and Gardy are currently recovering. Jones is looking forward to returning to his job in road construction, he said. 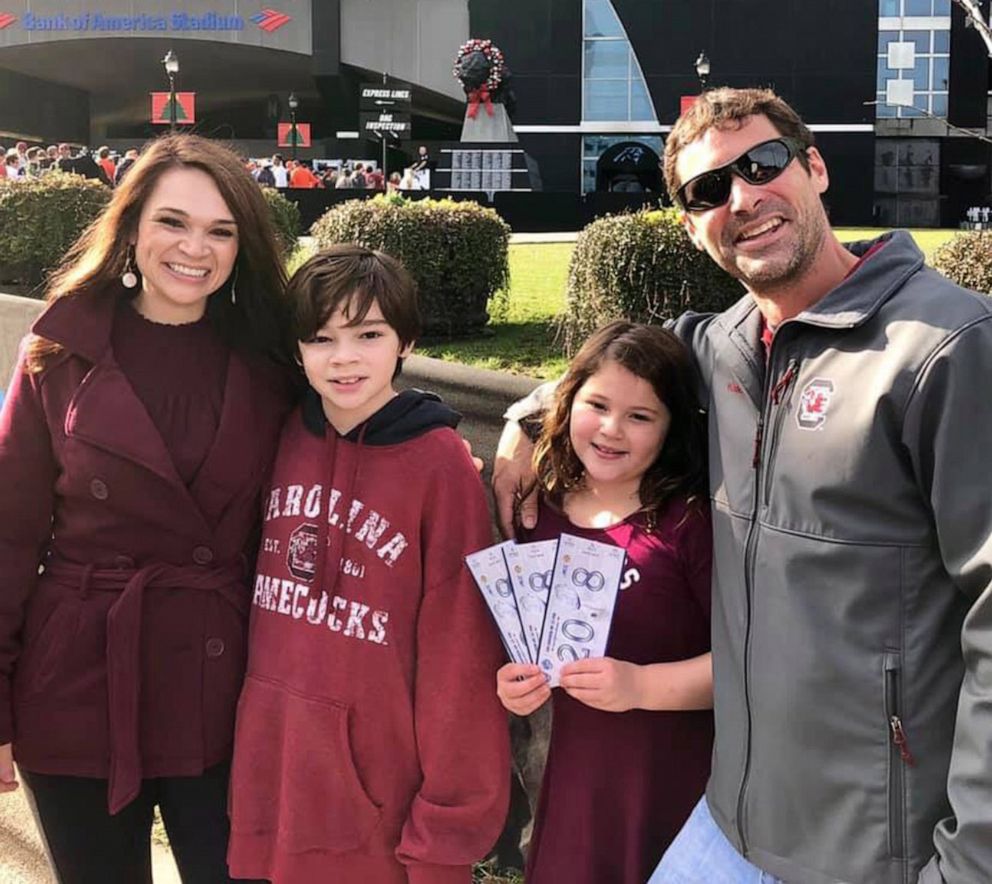 Courtesy Starr Gardy
Starr Gardy of Charleston, S.C., poses in an undated photo with her husband Matt Gardy and their children, Trenton Hunter, 12, and Amelia, 7.