The world is mourning the loss of actor and comedian Bob Saget, who died at the age of 65 on Sunday.

One of Saget's longtime friends, Gilbert Gottfried, said he was shocked when he learned of his death, telling "Good Morning America" Monday: "I still feel right now like I'm waiting for the punch line to happen, that it was all a big joke."

Still in shock. I just spoke with Bob a few days ago. We stayed on the phone as usual making each other laugh. RIP to friend, comedian & fellow Aristocrat Bob Saget. pic.twitter.com/TDKT8JoULq

Gottfried said he received a call Sunday from another friend and fellow comedian with the tragic news. 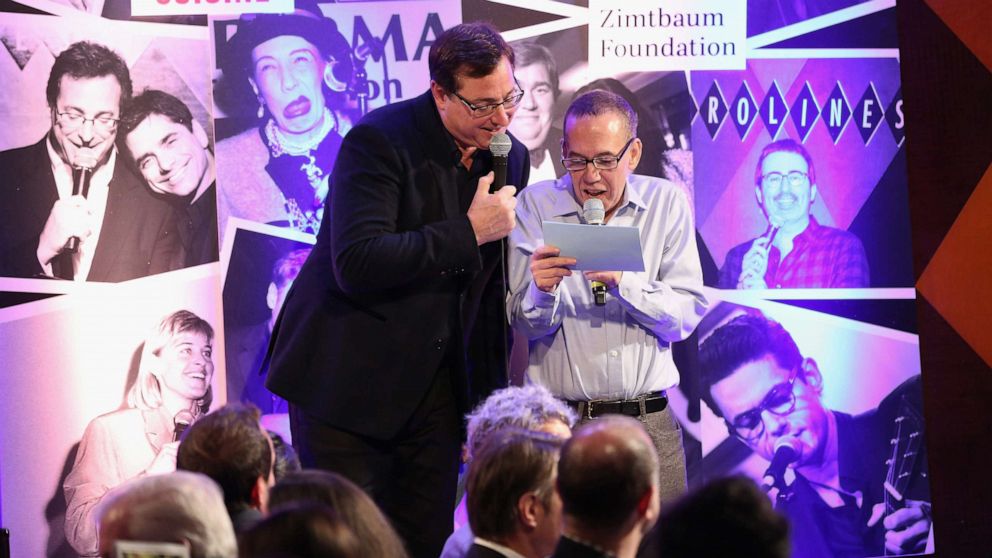 Gottfried continued, "I remember Bob as being very funny, very quick -- he could be a sensitive guy, but like both of us, he would rather be tasteless and outrageous."

The Brooklyn-born comedian, 66, who shared the stage with Saget for celebrity roasts and comedy specials, said he spoke to his longtime friend just days before his death.

"When I spoke to him, he sounded -- he sounded really good and he was looking forward to performing again," he said of Saget's latest "I Don't Do Negative Tour." "The time I spoke to him before the last time, he was down. Of course both of us were, over the death of Norm McDonald. And now it's followed by this. But he sounded in a very good mood and, you know, crazy, crazy jokes and sarcasm as he always did."

Gottfried said he remembers Saget as a "nice" and "funny person."

Saget will be remembered for "Full House" and "Fuller House" and also for his appearances on "America's Funniest Home Videos," "How I Met Your Mother" and for his standup and comedy specials.

Saget is survived by his second wife, Kelly Rizzo, and his three daughters from his first marriage to Sherri Kramer.