By Lesley Hauler, Brittany Berkowitz
Share —
Sign up for our newsletters to get GMA delivered to your inbox every morning!

Gina Rodriguez is on a mission to make her voice matter.

Widely known for starring as Jane Villanueva in CW's hit show "Jane the Virgin," Rodriguez, 35, has always been vocal about issues that extend beyond the silver screen.

As her star continues to rise, Rodriguez has used her voice more and more to highlight issues and campaigns that are important to her, including immigration, women's rights and education.

Even though she's dominating Hollywood now and exudes youthful confidence, Rodriguez admits to "Good Morning America" that she still feels like that unsure teenager who tried to put lipstick on for the first time.

We decided to take Rodriguez down memory lane with some photos from her past. From her first period to being a first-generation college student to her Golden Globe win, this is what advice Rodriguez would serve up to her younger self.

Don't be afraid of your own body 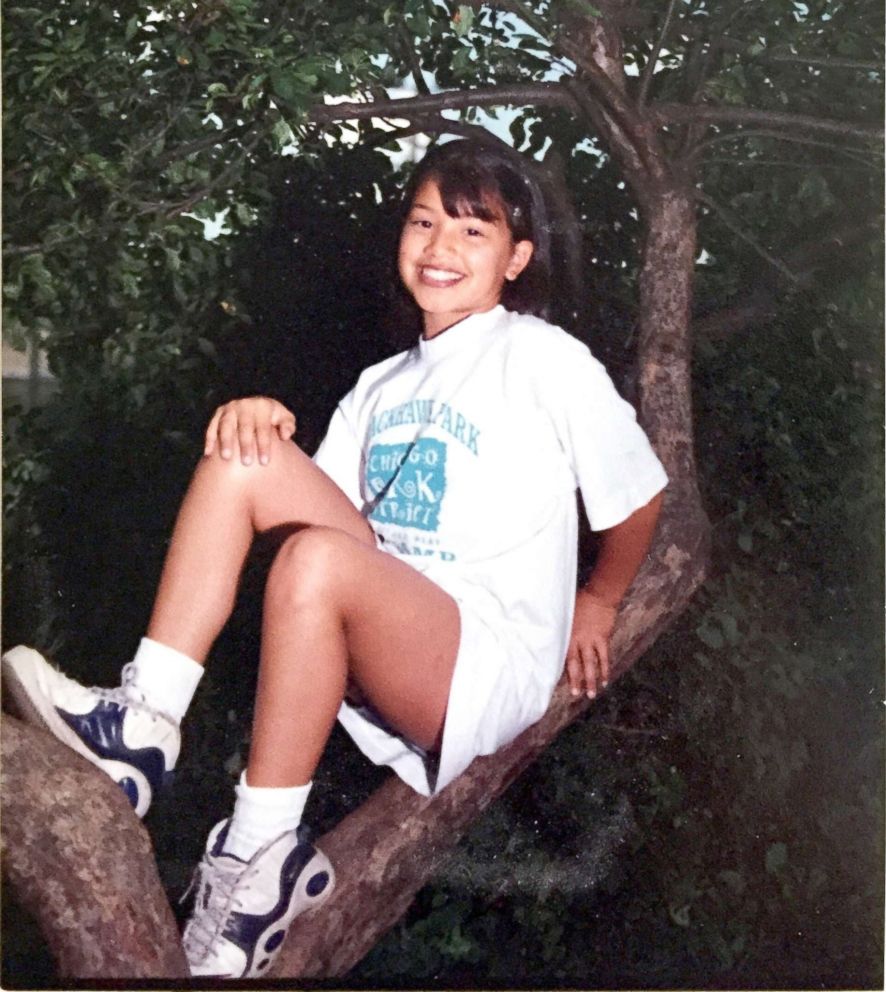 "That is the year I got my period, oddly enough," the "Jane the Virgin" star reveals about being 15. "It was extremely embarrassing."

"The fact that 1 in every 5 American girls lack access to to hygiene products is astounding to me," she said, citing a 2017 Always study.

"I was very lucky to not only have access, but women around me who taught me not to be afraid of your own body," she says confidently.

Cherish what education can bring you 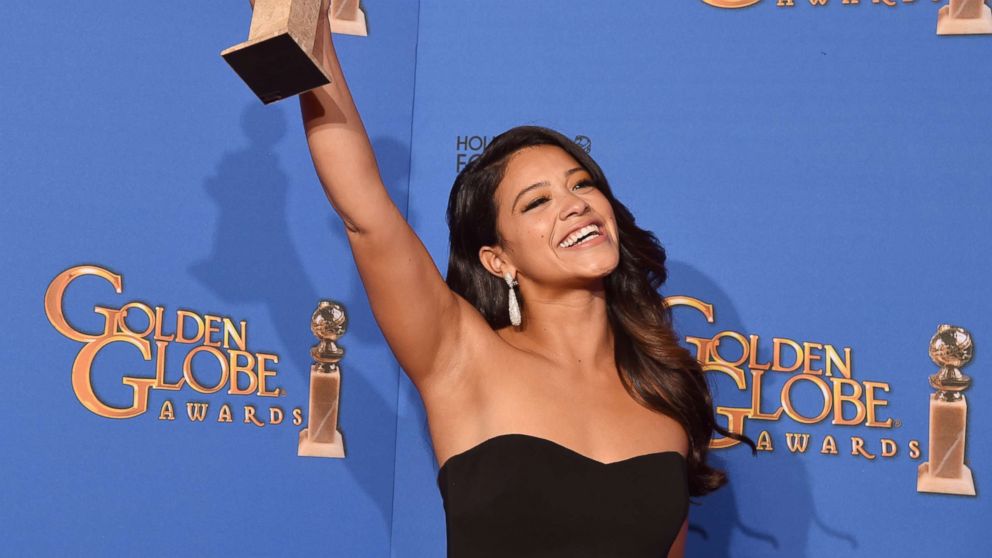 "Oh, man! That was a pretty special day," Rodriguez says of 2015 Golden Globe win for Best Actress in a Television Comedy or Musical for her role in "Jane the Virgin."

The actress brought her eldest sister Ivelisse as her date for the awards show. "[She] helped pay for my NYU education because my family couldn't afford it fully," Rodriguez remembers, referring to New York University's Tisch School of the Arts.

Before she graced TV screens, Rodriguez was a first-generation college student.

"It was many, many years later that I then had the opportunity I had been fighting for," she says. "That picture of me holding the Golden Globe is possible because of my education...and we will forever cherish what education can bring you to."

Find your own strength 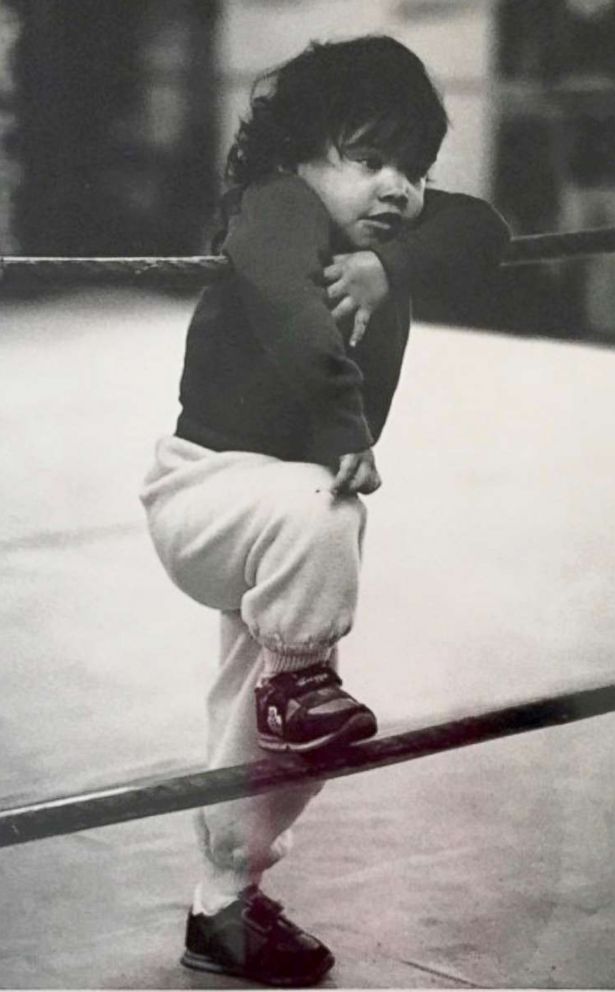 "This is probably one one of my favorite photos of all time," Rodriguez says of a photo of her at three years old in a boxing ring. Boxing runs in the family. The actress grew up watching her father box and she says it was at this age he began to teach her and her sisters how to box as a way to defend themselves.

"There was a stigma about women boxers back in the day," Rodriguez says, noting that the stigma still hasn't fully gone away.

"I know a lot of badass women out there who fight and need the kind of attention we give our male boxers. So we should work on that."

Women don't need a movement to show their power

A fierce feminist and activist, Rodriguez has spent much time over the years advocating for women's rights.

"This is me at the Women's March and I am there with the incredible women who have made me who I am," she says of this 2017 photo.

"Being surrounded by so many strong, intelligent... and driven women," that day was inspiring, Rodriguez says.

"And I will make sure that all the young girls know that and don't have to be reminded by a march of how powerful women are."

I am here because I failed 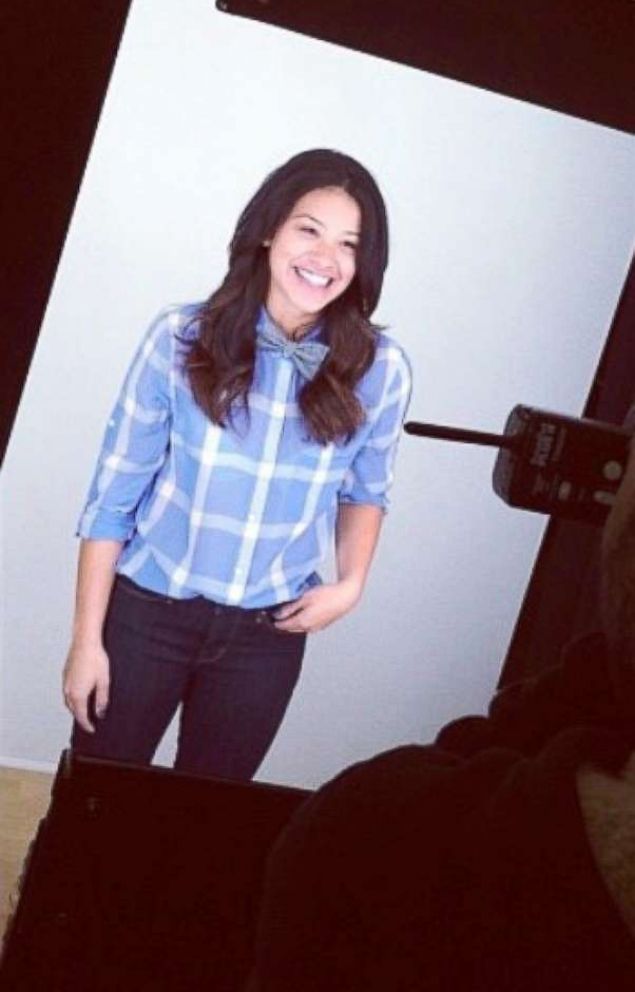 Although Rodriguez gained mainstream acclaim as her starring role on "Jane the Virgin," the actress says it was when she was cast as the lead in the small indie film "Filly Brown" that really "changed" her life.

"It gave me access to rooms I never had access to and opportunities I only could pray for," she says, pictured here promoting the film at Sundance Film Festival in 2013.

But the actress also admits that getting to this moment wasn't without failure -- including dropped pilots and bad auditions.

"What I would say to young girls who are sitting in the fear of failure is just know I am here because I failed many, many times."

Know how to participate

Rodriguez says that she felt compelled to photograph this sign she saw at the 2018 Women's March declaring, "I am the educated Latina you've been warned about" and post it to her own Instagram because "I have felt that way my whole life."

"But you haven't been warned about us," she adds. "Because you don't think we exist."

As the immigration is widely debated across the country, Rodriguez wants everyone to know that "it's important to remember that we are educated. We know what's happening and we know how to participate in our country that we live in."