Gisele Bündchen is opening up about her husband Tom Brady's return to professional football after a very brief retirement.

Speaking to Elle as the magazine's October cover star, the supermodel revealed her mixed feelings on the matter by admitting she has "concerns" but also wants Brady, 45, to "follow his joy."

"Obviously, I have my concerns -- this is a very violent sport, and I have my children and I would like him to be more present," she said. "I have definitely had those conversations with him over and over again. But ultimately, I feel that everybody has to make a decision that works for [them]. He needs to follow his joy, too."

Brady announced his retirement from the NFL on Feb. 1 but reversed that decision a mere 40 days later on March 13, announcing that he would return as quarterback for the Tampa Bay Buccaneers. 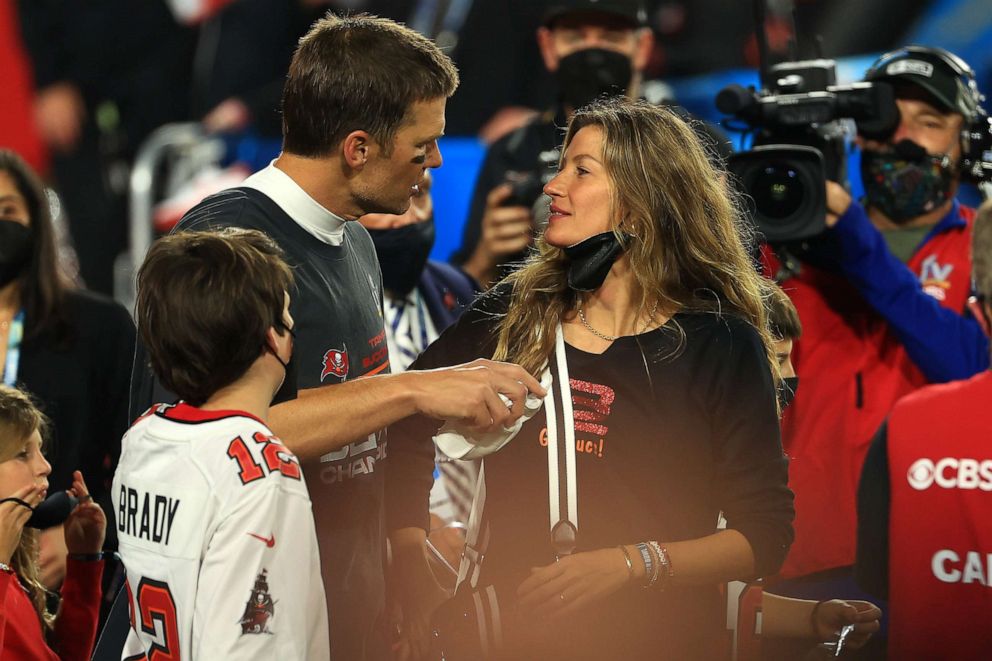 Bündchen also dished about how she is prioritizing her career again after having put her children first for years. "I feel very fulfilled in that way, as a mother and as a wife," she said. "And now it’s going to be my turn."

The Brazilian model said she has "done [her] part" in being there for Brady and their family by "creating a cocoon and a loving environment for my children to grow up in and to be there supporting him and his dreams."

"Seeing my children succeed and become the beautiful little humans that they are, seeing him succeed, and being fulfilled in his career -- it makes me happy," she said. "At this point in my life, I feel like I've done a good job on that."

Now, Bündchen said, it's her time.