Daniel Craig is back as southern-fried detective Benoit Blanc and all is right with this crazy world.

It's worth the price of admission just to see Craig, obliterating all the cool he accumulated as James Bond, dressed in hideous, two-piece, seersucker swimwear on a remote Greek island where he's been invited to solve a murder that hasn't been committed yet.

That's the setup for "Glass Onion: A Knives Out Mystery," now enjoying a week's run in theaters (where it belongs) before its Netflix streaming debuting on Dec. 23. The Oscars screwed up by snubbing the first "Knives Out" -- a surprise 2019 smash -- for a nomination as best picture. I'm betting the Academy won't repeat that mistake with this sensationally entertaining sequel. 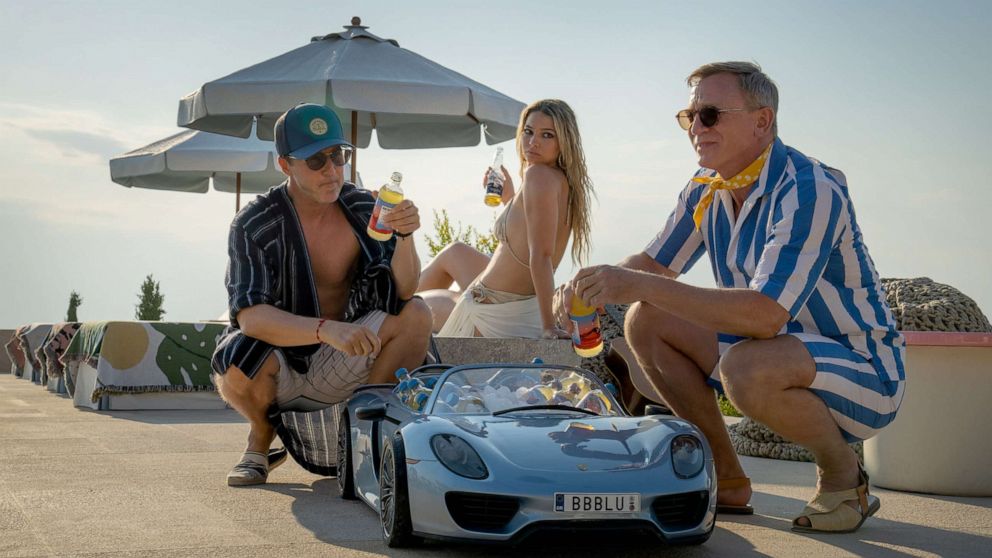 Netflix
Edward Norton as Miles, Madelyn Cline as Whiskey, and Daniel Craig as Detective Benoit Blanc in "Glass Onion: A Knives Out Mystery," 2022.

Of course, no follow-up can outshine the fresh invention of an original. But writer-director Rian Johnson ("Star Wars: The Last Jedi") pulls out all the stops to delight us with a wicked, whacked-out whodunit in which a cast of merry pranksters turns murder most foul into comic gold.

Except for the irreplaceable Craig, the actors are new to the game. They've gathered their extravagant selves in a glass-enclosed Greek mansion -- the Onion -- owned by Miles Bron, a tech billionaire hilariously played by Edward Norton like an even more unhinged Elon Musk.

Miles considers himself an iconic disrupter, leading a like-minded crew, including Lionel Toussaint (Leslie Odom Jr.), a scientist working for Miles and willing to cut corners to bring his boss' untested schemes to fruition. Next up is clean energy backed by dirty money.

Also backing Miles is Claire Debella (the ever-priceless Kathryn Hahn), the governor of Connecticut, who's considering a Senate run for which she needs her bonkers benefactor.

Duke Cody (a dandy Dave Bautista) is a reactionary men's-rights advocate with a gun fetish so strong he swims with a pistol packed in his Speedo. His way younger girlfriend, Whiskey (Madelyn Cline), proves an asset when it comes to seducing Miles to see things Duke's way.

In this bad batch of privileged nutjobs, no one tops Birdie Jay (a never-funnier Kate Hudson), a model /designer/influencer who bypasses her brain so outrageous thoughts can drop from her lips unhindered. In an interview with Oprah, Birdie once compared herself to Harriet Tubman, another reason her assistant Peg (Jessica Henwick) has custody of her smartphone. 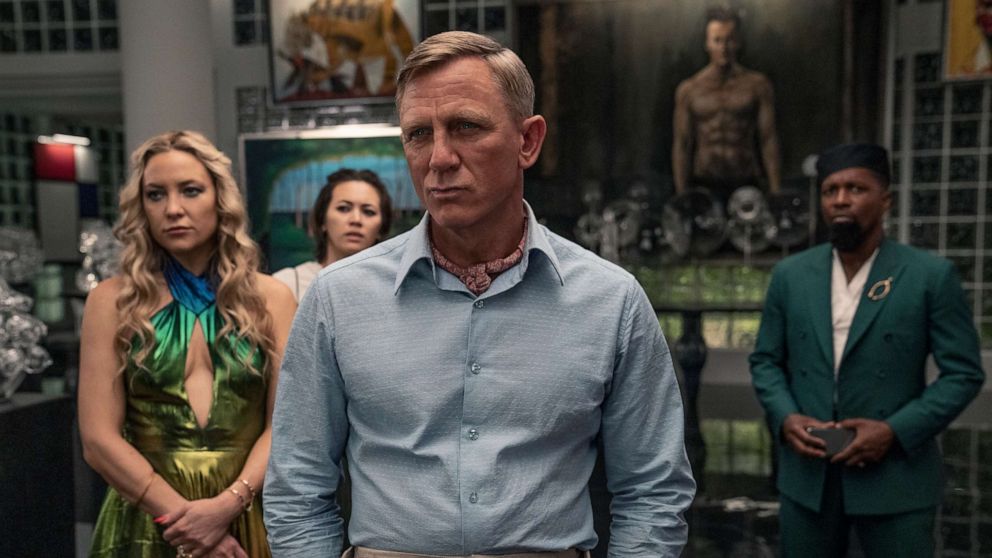 Also present is Andi Brand -- Janelle Monáe in the film's tastiest, twistiest performance -- the former business partner Miles threw under the bus to advance his own ego. To make things worse, Miles persuaded all of Andi's friends to betray her in court. Boo! Hiss!

What a party! Everyone inside the Glass Onion has a motive to kill Miles. Even Blanc hates him. So why did the mogul invite the world's greatest detective to his murder party? The short answer is: he didn't. Who did? That would lead to the spoiling of secrets that need to be kept.

As Blanc, Craig has created a character on a march into legend. A third Blanc film is due in a year or so and I cannot wait. Just to hear Craig utter the words "vainglorious buffoon" in a villain's direction is the kind of cathartic bliss for which movies were invented.

"Glass Onion" is also the name of a Beatles song, but that clue won't help you. Nor will the parade of guest cameos and references to Jared Leto's hard kombucha, Jeremy Renner's hot sauce and Serena Williams' exercise class.

It takes a while for the first murder victim to fall, but after that everyone else is fair game. Netflx paid a whopping $450 million for the right to do two "Knives Out" sequels. "Glass Onion" makes that investment look like a solid bargain indeed.

This bonbon spiked with wit and malice will keep you guessing right down to its delicious, slippery end. In a word, wowza!