Betty White, the award-winning actress and comedian famed for her roles on "The Golden Girls" and "The Mary Tyler Moore Show," has died at age 99.

White died in Los Angeles less than three weeks before her 100th birthday, on Jan. 17.

Her death was confirmed to ABC News Friday by her agent, Jeff Witjas.

"Betty has had a fantastic life and career and she was one of the positive people I know," Witjas said in a statement. "I know that she is thrilled to be reunited with her [late husband] Allen Ludden."

White, best known for her television roles as Sue Ann Nivens on "The Mary Tyler Moore Show" and Rose Nylund on "The Golden Girls," endeared herself to audiences for decades.

She was inducted into the Television Academy Hall of Fame in 1995 and also has a star on the Hollywood Walk of Fame. Memorial flowers were set to be placed on the star as a tribute. 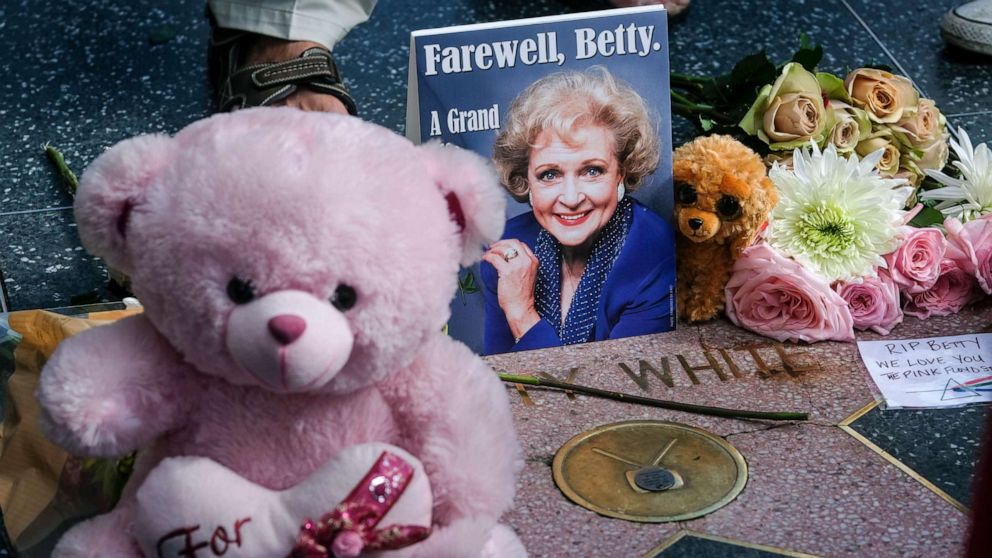 Ringo H.w. Chiu/AP
Flowers, stuff toys and cards are displayed at the Hollywood Walk of Fame star of the late actress Betty White, Dec. 31, 2021, in Los Angeles. White, whose saucy, up-for-anything charm made her a television mainstay for more than 60 years, has died. She was 99.

White told People magazine in an interview published earlier this month one of her secrets to aging gracefully has been maintaining her sense of optimism.

Another, she joked, is keeping a special sort of diet: "I try to avoid anything green. I think it's working."

"I'm so lucky to be in such good health and feel so good at this age," she told the magazine. "It's amazing."

In 2013, the Guinness Book of World Records awarded White with having the longest television career for a female entertainer.

Her most recent roles were playing Elka Ostrovsky in "Hot in Cleveland" and hosting the practical jokes show "Betty White's Off Their Rockers."

During a career that spanned more than 75 years, White received 23 Emmy nominations and won six. She held the record as the oldest Emmy nominee overall, receiving her most recent nomination in 2012 at age 90. 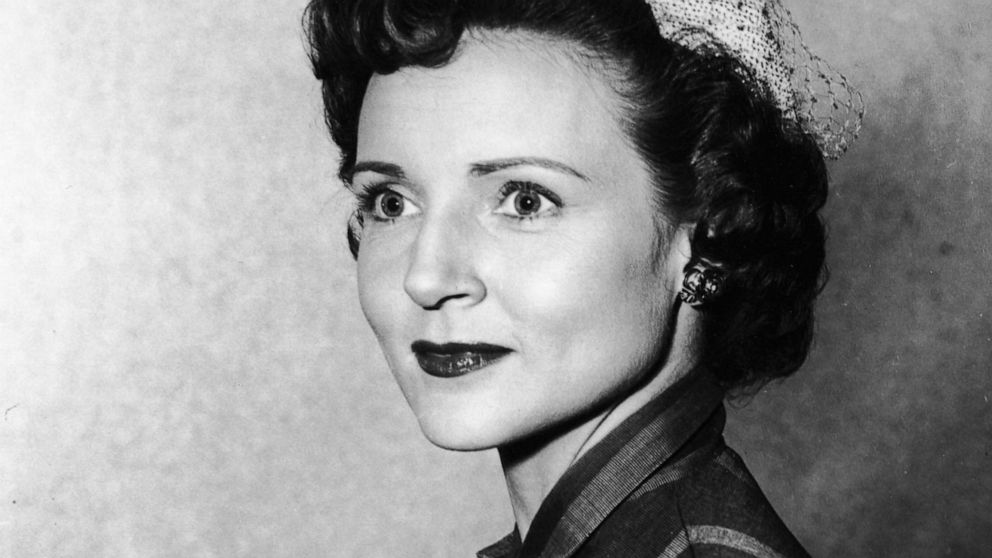 Hulton Archive via Getty Images
Actress Betty White poses for a portrait, circa 1955.

Born an only child in Oak Park, Ill., Betty Marion White moved with her parents to Los Angeles at age 2. She began her career in radio, as a singer and voice actress.

Her big television break came in 1949, co-hosting a daily live variety show, "Hollywood on Television." Based on one of the sketches from the show, White and two others came up with the sitcom, "Life with Elizabeth," in which she played the title character. The show was a huge boost for her career and White became one of the first female producers in Hollywood.

White went on to appear in other sitcoms, late night talk shows and daytime game shows. It was during a 1961 appearance on the game show "Password" that White met her third husband, the host Allen Ludden.

White, who had been through two brief marriages previously, initially turned down Ludden's proposal. The couple remained married for 18 years until Ludden died of stomach cancer in 1981. White never remarried, once telling Larry King, "Once you've had the best, who needs the rest?" 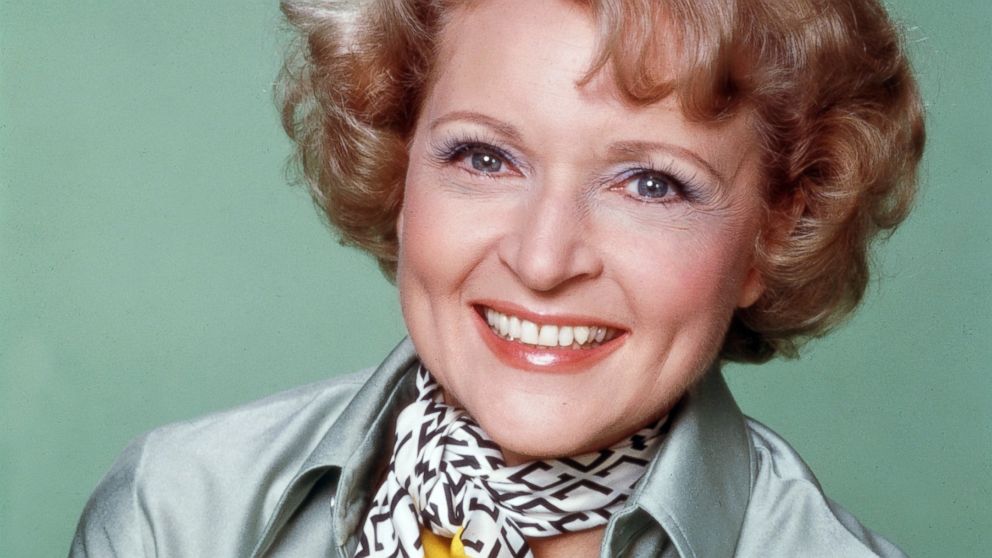 CBS/Getty Images
Betty White is seen in a 1977 promotional photo for "The Betty White Show."

A stepmother to Ludden's three children, White never had children of her own. She was widely known for her work with animals. She once told The Hollywood Reporter: "I'm actually the luckiest old broad alive. Half my life is working in a profession I love and the other half is working with animals."

MORE: Betty White reflects on 'great fun' she had shooting 'The Golden Girls'

In the 1970s, White's career got a huge boost when she was cast in "The Mary Tyler Moore Show." As Sue Ann Nivens, White showed audiences a sly wit lay behind her sweet smile. In contrast, her character on the 80s hit sitcom "The Golden Girls," opposite Rue McClanahan, Bea Arthur and Estelle Getty, was "terminally naive."

After "Golden Girls" ended, White guest-starred in a number of shows, including "Ally McBeal," "The Ellen Show," "That '70s Show," and "Malcolm in the Middle." 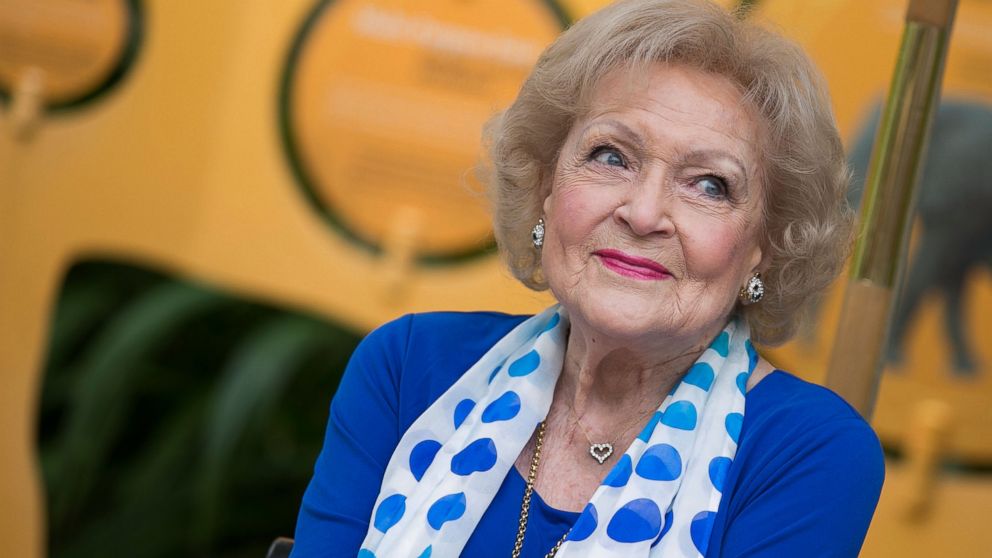 Her career went through another resurgence in the mid-2000s, with White appearing in the soap opera "The Bold and the Beautiful," and co-starring opposite Sandra Bullock and Ryan Reynolds in "The Proposal." As her popularity continued to grow for new generations of fans, White became the oldest host of "Saturday Night Live" in 2010, following a widespread Facebook campaign called, "Betty White to Host SNL (Please)."