BTS fans are upset after the group did not win for best pop duo/group performance at the 2021 Grammys -- but they still made history with a "Dynamite" performance.

The group -- consisting of members J-Hope, Jimin, Jin, Jungkook, RM, Suga and V -- were nominated this year for "Dynamite," their first song to be released completely in English, making them the first K-pop group to snag a Grammy nomination.

"Rain on Me" by Lady Gaga and Ariana Grande won the category, which also consisted of nominees "Un Dia (One Day)" by J Balvin, Dua Lipa, Bad Bunny and Tainy; "Intentions" by Justin Bieber and Quavo; and "Exile" by Taylor Swift and Bon Iver. 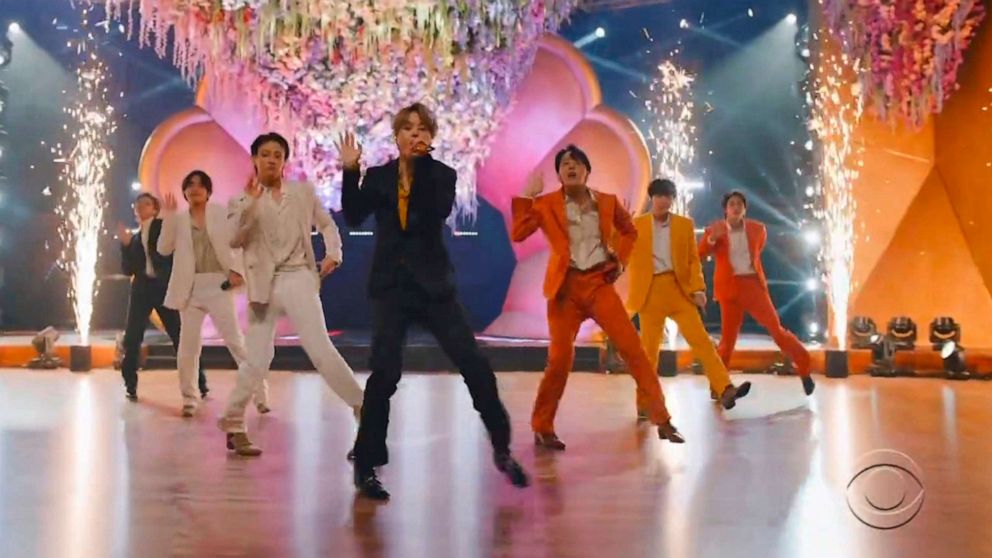 CBS/Recording Academy via AP
In this video grab provided by CBS and the Recording Academy, BTS performs "Dynamite" at the 63rd annual Grammy Awards at the Los Angeles Convention Center, March 14, 2021.

"Who said BTS lost grammys? It's grammys who lost BTS," one fan tweeted after BTS' loss.

Despite not winning, BTS is still making history as the first K-pop act to perform one of their own songs at the Grammys, wowing viewers with a fun version of "Dynamite."

The Korean septet attended the show in 2019 as presenters and took part in Lil Nas X's performance of "Old Town Road" at the 2020 show.

"Last year guest, this year nominated, next year we will win it," another BTS fan tweeted, hopeful for the future.