T.J. and John Osborne of Brothers Osborne won their first Grammy Award for their song, "Younger Me," on Sunday.

While accepting the award for best country duo/group performance during the Grammy Awards Premiere Ceremony, ahead of the telecast, T.J. Osborne spoke about the personal significance and meaning of the song.

"For those of you who do not know, this song, it was written really in response to me coming out," the singer, who came out as gay in February 2021, began. "And I never thought that I would be able to do music professionally because of my sexuality."

"I certainly never thought it would be here on this stage accepting a Grammy, after having done something I felt like was going to be life-changing -- and potentially in a very negative way," he continued. "And here I am tonight, not only accepting this Grammy award with my brother, whom of which I love so much, but I’m here with a man that I love and who loves me back."

John Osborne also thanked his family and expanded on the song's message during their speech. 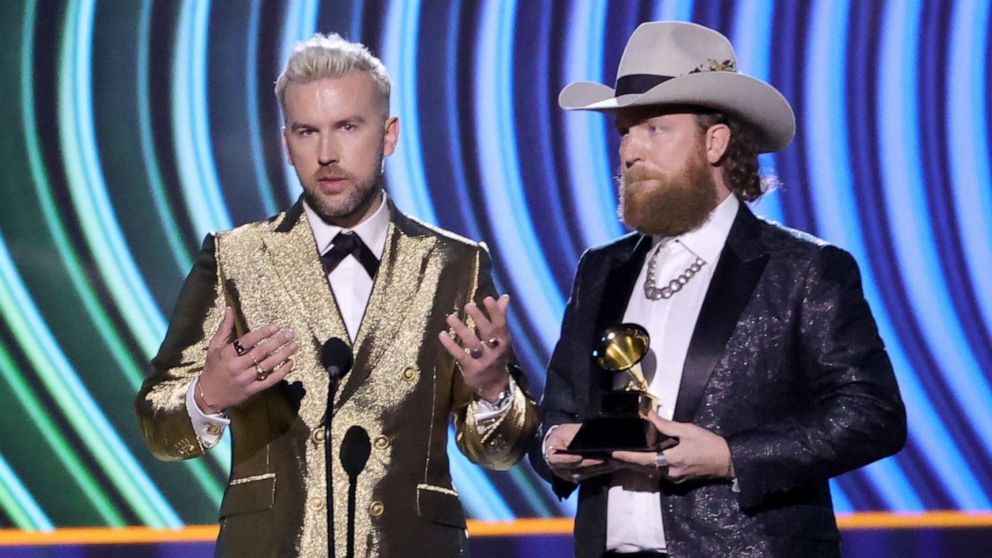 "We all have a younger self in us -- thank them because they got you here and take care of that person."

T.J. Osborne previously opened up about how "Younger Me" is a reflection of his personal journey before performing it at the 2021 CMA Awards.

MORE: 'The shackles are off': T.J. Osborne explains how coming out changed his life and music, 1 year later

"There were so many things that were so many hurdles for me and I always felt, truthfully felt, like it would never be possible, because of my sexuality, to be here," he said. "And I just wish ... I wish my younger me could see me now."

The country music duo is also up for best country album for its third studio album, "Skeletons," at the 2022 Grammy Awards.