"Grey's Anatomy" is shaking things up this season.

The longest-running primetime medical drama on television, which premiered way back in 2005 and has captivated fans ever since, kicks off its 19th season tonight, Oct. 6, at 9 p.m. ET on ABC.

Need to brush up on what to expect when your favorite TV doctors return? Keep reading to learn everything you need to know before season 19 gets underway.

Where are things picking up after the "Grey's Anatomy" season 18 finale?

In the season 18 finale, the Grey Sloan Memorial residency program was shut down and, after Miranda Bailey (Chandra Wilson) resigned on the spot, Meredith Grey (Ellen Pompeo) took over as interim chief of surgery.

All we know about the plot of season 19 thus far is based on the synopsis for the premiere episode, titled "Everything has Changed." Here's that description, in full:

"After a long six months, Grey Sloan Memorial has reinstated its residency program. A group of talented and striving young interns has been recruited as the attending surgeons work to rebuild the program to its former glory. Meredith, still functioning as the interim chief, sees Nick for the first time since she rejected his offer to move to Minnesota. Meanwhile, Bailey tells Richard she is not ready to return to work; Levi works up the courage to break disappointing news to Jo, and things turn awkward when Link realizes he has met one of the interns already. With Amelia and Maggie's help, the new doctors are thrown into their first day on the job dealing with injuries from a recent tornado."

Who in the "Grey's Anatomy" cast is back for season 19?

Scott Speedman is also back as Dr. Nick Marsh -- but are he and Meredith back together?

The only main cast members we're missing are Kevin McKidd (Dr. Owen Hunt) and Kim Raver (Dr. Teddy Altman). Perhaps they're still fugitives who fled the country in the season 18 finale after it was revealed that Owen was illegally stealing and giving drugs to veterans for physician-assisted suicide.

Who are the new interns at Grey Sloan Memorial? 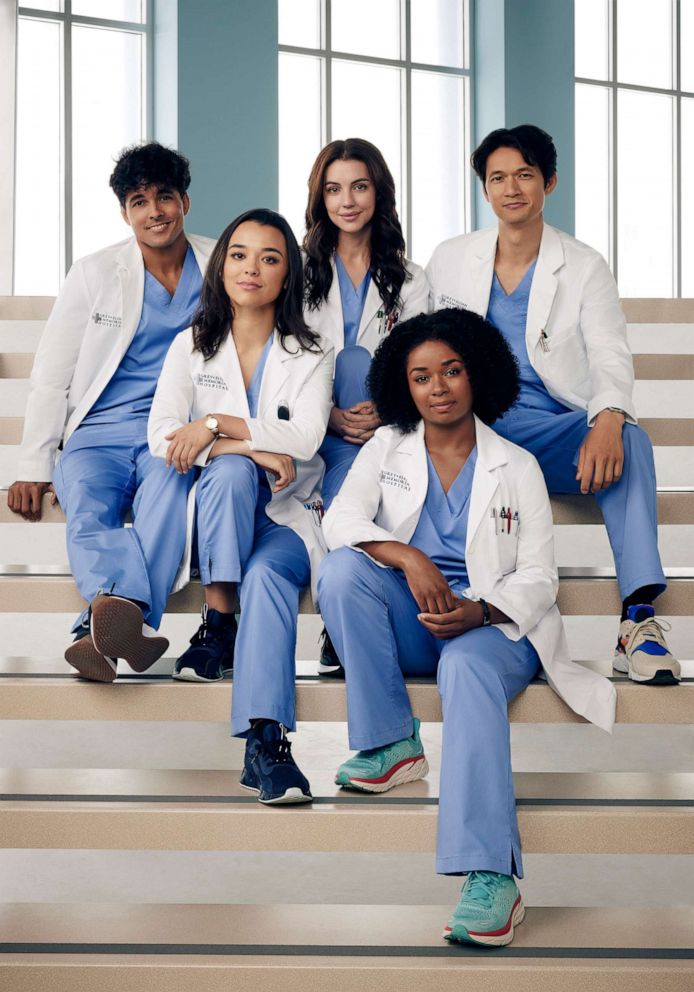 These news characters are described as the following:

Simone Griffin (Floyd): "A new first-year surgical resident at Grey Sloan. A funny, whip-smart, high achiever with a complicated family dynamic. She grew up in Seattle, but never wanted to work at Grey Sloan because of a painful personal history with the hospital."

Daniel "Blue" Kwan (Shum Jr.): "A sharp-witted, impatient, and brilliant first-year surgical resident at Grey Sloan. He's generous by nature but competitive to a fault, naturally gifted, and used to winning at everything. A family crisis interfered with his career plans and now he's got a lot to prove."

Jules Millin (Kane): "A first-year surgical resident at Grey Sloan who was raised by drug-addled artist/hippies and somehow emerged as the only real grown-up in the family. Because she always had to take care of herself and her parents, she can be a little bossy -- but her heart is always in the right place. She's not afraid to break the rules to save a life, and sometimes it gets her in trouble."

Mika Yasuda (Francis): "A first-year surgical resident at Grey Sloan. A middle child with eight siblings, she is used to being overlooked and underestimated and uses it to her advantage. She's dealing with overwhelming student loans from med school, but she's scrappy and confident she can make it in the program and rise to the top."

Lucas Adams (Terho): "A first-year surgical resident at Grey Sloan. He's the charming black sheep of his family. Likable and charming to a fault, he has a great mind, but doesn’t have the grades to match. He's determined to prove himself as a surgeon, just like many in his family that have come before him, but he will have to stop relying on his people skills and put in the work."

Addison Montgomery is back, baby!

After making a guest appearance in three episodes in season 18, Kate Walsh returns to "Grey's Anatomy" as Addison Montgomery again in season 19. Better yet, we should be seeing more of her as she is back in a recurring role and will be first seen in the third episode this season, "Good Morning America" confirmed.

Walsh first appeared as Addison in the season 1 finale and stuck around until the season 3 finale, at which time she received a spin-off series, "Private Practice," which starred her character. "Private Practice" lasted for six seasons, with Walsh making the series finale her last appearance as Addison in the "Grey's Anatomy" universe up until she reprised the role in season 18. 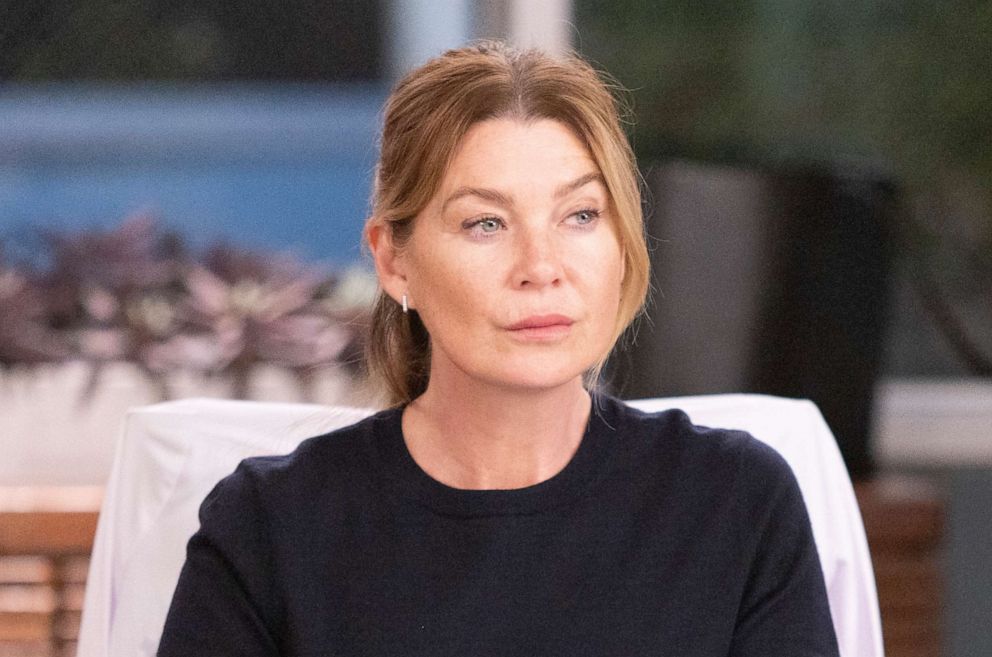 Pompeo reduces involvement in the series

ABC News confirmed in August that Pompeo, who plays the namesake character on "Grey's Anatomy," would be limiting her role by appearing in just eight episodes in season 19.

She will continue as executive producer.

Pompeo has already downsized her role on the show somewhat over the past two seasons. Meredith was in a COVID-19 coma for most of the pandemic-centric season 17 and spent a large part of season 18 in Minnesota, where she entered into a relationship with Nick.

As indicated by the premiere episode synopsis, Meredith (and Nick) will be around to kick off season 19.

"Grey's Anatomy" airs Thursdays at 9 p.m. ET on ABC. Episodes are available to stream the next day on Hulu.