At the costume party premiere for her new film "Halloween Kills," Jamie Lee Curtis honored her late mother, Janet Leigh, by dressing up as her famous character from Alfred Hitchcock's 1960 thriller, "Psycho."

"Honoring my mother in ALL her gory...I meant glory!" the 62-year-old actress captioned in an Instagram photo of her in a belted, buttoned-up blue dress, black pumps and short blonde wig.

MORE: Jamie Lee Curtis reflects on 22 years of sobriety: 'One day at a time'

She completed the look with a black handbag and a bloody shower curtain draped over her arm.

The actress told Entertainment Tonight more about the inspiration for her look.

"I am honoring my beautiful late mama, Janet Leigh, but... it's a little more meta than that," she said. "I am actually going as Scarlett Johansson as Janet Leigh in the movie 'Hitchcock.' So it's meta because we never knew what color Janet Leigh's dress was because it was a black-and-white movie."

Leigh, who died in 2004, is best remembered for her famous shower scene in "Psycho," during which her character, Marion Crane, is stabbed to death by Anthony Perkins' serial killer, Norman Bates. 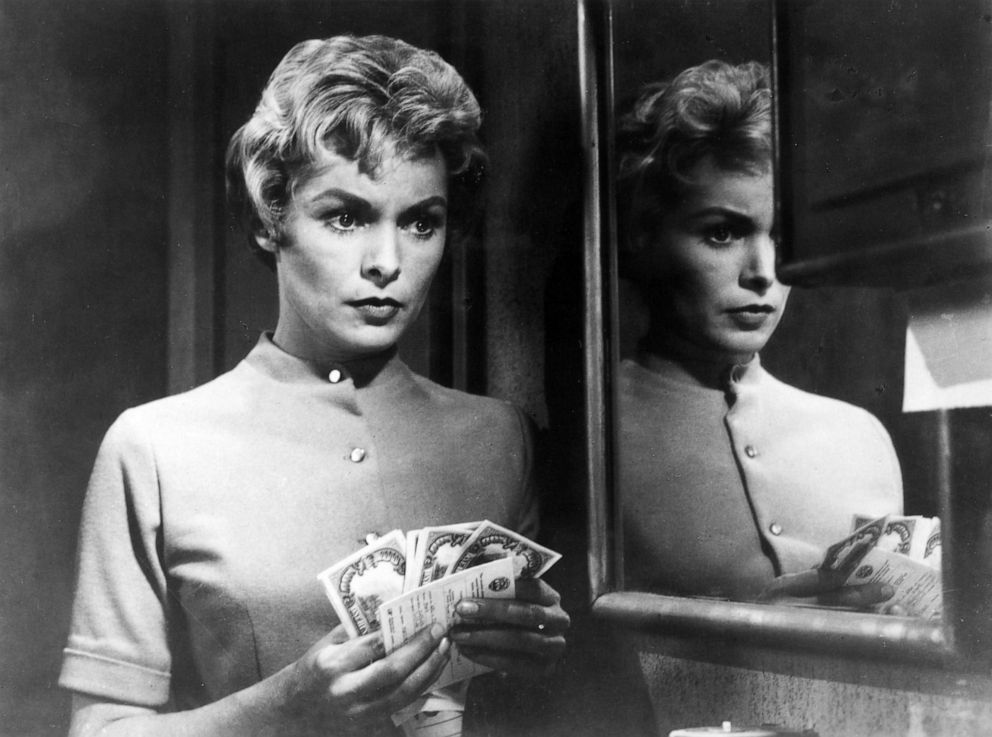