By Megan Stone
Video by Will Linendoll, Nidhi Singh
Share —
Sign up for our newsletters to get GMA delivered to your inbox every morning!

Jane Fonda is bringing back the '80s. The actress, who ignited a side-career in exercise with her popular Jane Fonda Workout method, is bringing her famous moves to TikTok to keep fans on their feet during quarantine.

The "Grace & Frankie" star rolled out her yoga mat to make the big announcement on Thursday.

"Hello TikTok, my name's Jane Fonda and I'm gonna bring back the Jane Fonda Workout for your home sequestration," she announces in the video, where she's all ready and dressed for an intense round of choreography.

The VHS workout tape sold 17 million copies during its run in the early '80s.

While she left the sparkle spandex suit, sweat bands and big hair at home, she opted for comfortable black yoga pants and a fitted long-sleeved red shirt.

Laying on her side, the 82-year-old starts the exercise off with a round of leg lifts.

However, she abruptly changes her tune by revealing that it was a stunt to bring the globe's attention to another crisis besides COVID-19, which is climate change.

"You know what," she remarks, now dressed in a puffy red jacket, "There's too many workouts happening right now on television and on computers." 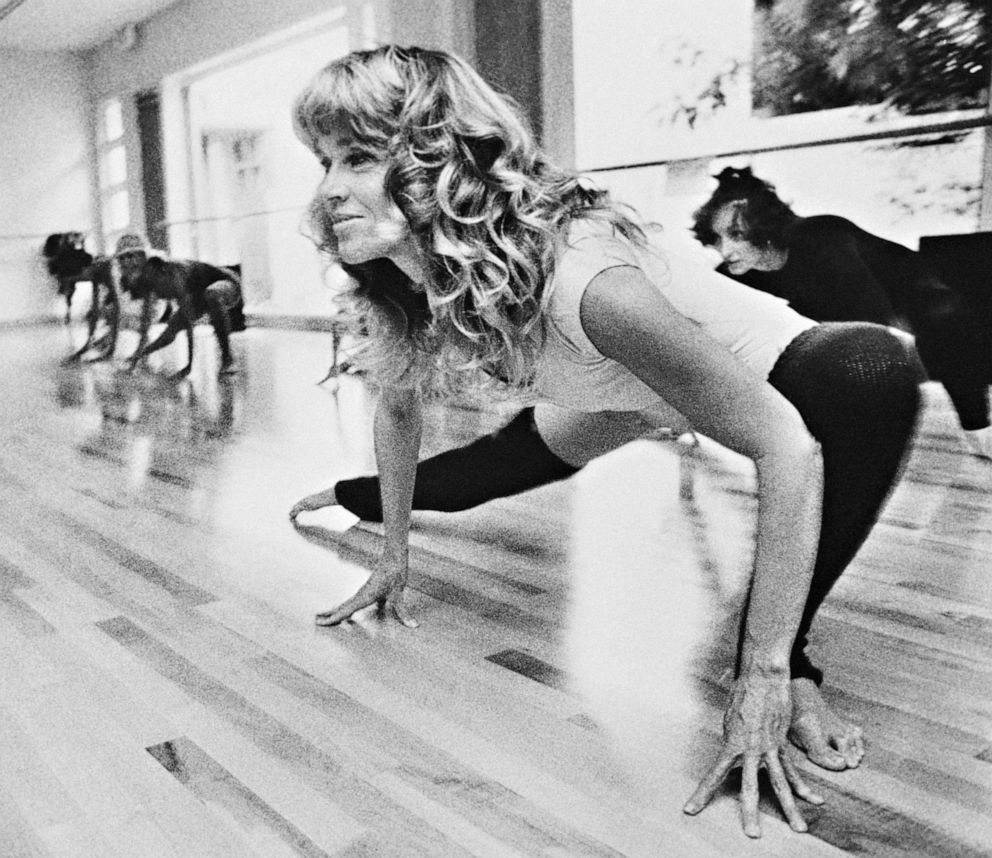 Rubbing her hands together, she pleads, "What I would really like for you to do is workout with me for the planet. There's a climate crisis that's a real emergency and so, whether you're on your couch or your yoga mat, will you join me for the virtual Fire Drill Fridays?"

The actress, who has been arrested during numerous Fire Drill Friday protests, encourages, "the future needs you ... I need you."