Fatherhood is the top priority in Jay-Z's life right now.

The Grammy-winning rapper opened up in an interview on Kevin Hart's Peacock Original show "Hart to Heart" about how important it is for him to get to spend time with his three children -- daughter Blue Ivy, 10, and twins Rumi and Sir, 5 -- whom he shares with wife Beyoncé.

He said spending time with his family away from work is something he "definitely" appreciates.

"Time is all you have. That's the only thing we control. It's how you spend your time," he told Hart. 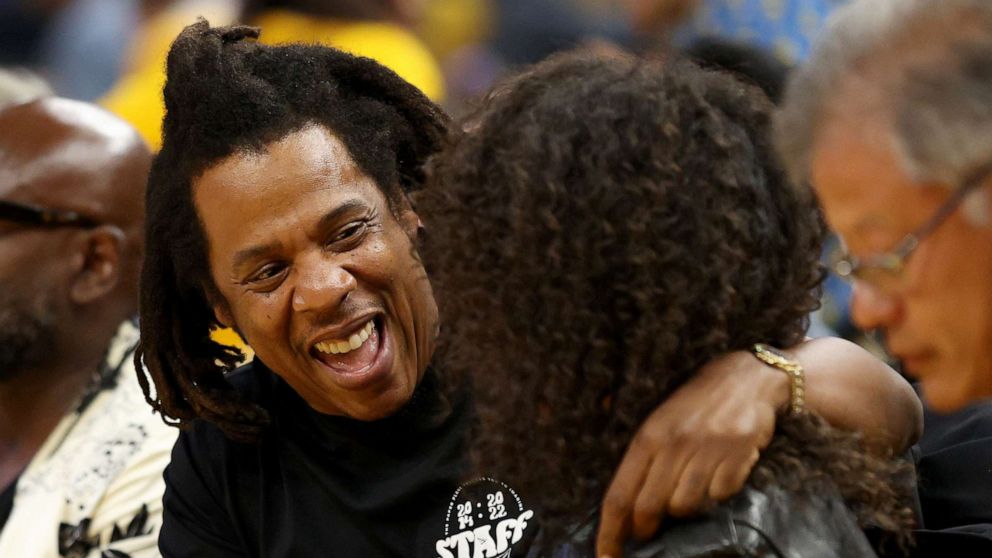 Ezra Shaw/Getty Images, FILE
Rapper Jay-Z hugs his daughter Blue Ivy Carter during the second quarter of Game Five of the 2022 NBA Finals between the Boston Celtics and the Golden State Warriors at Chase Center, June 13, 2022 in San Francisco.

"Every second that you spend" away from home and family, he added, "you're spending away from the development of these people that you brought here, that you love more than anything in the world."

"So what are you gonna spend that time on? That changed a lot. That changed practically everything for me," he said.

As for where his career stands, Jay-Z admitted he isn't done making music but currently has nothing in the works.

"I don't know what happens next. I'm not actively making music, or making an album or have plans to make an album, but I never wanna say I'm retired," he said.

The rapper has undoubtedly been enjoying the precious downtime with his family of late. He was recently spotted out and about with Blue Ivy at Game 5 of the NBA Finals in San Francisco. The two were seen courtside and eventually ended up on the Jumbotron, where Jay-Z kissed his daughter on the cheek, prompting Blue Ivy to smile.