Jay-Z and daughter Blue Ivy Carter were spotted enjoying a sweet father-daughter outing at Game 5 of the 2022 NBA Finals on Monday, where the Golden State Warriors ultimately beat the Boston Celtics 104-94.

Ten-year-old Blue Ivy wore a motorcycle-style jacket with a "Brown Skin Girl" t-shirt, hoop earrings, black pants and a pair of low-top black and white Nike sneakers, and a head full of voluminous curls. Her father wore a black T-shirt, black pants and a crisp white pair of puma sneakers.

Fans caught a glimpse of the duo on camera that evening after an announcer noted their attendance at the game. After realizing they were on the jumbotron, Jay-Z put his arm around his daughter and hugged her, prompting Blue Ivy to smile shyly. 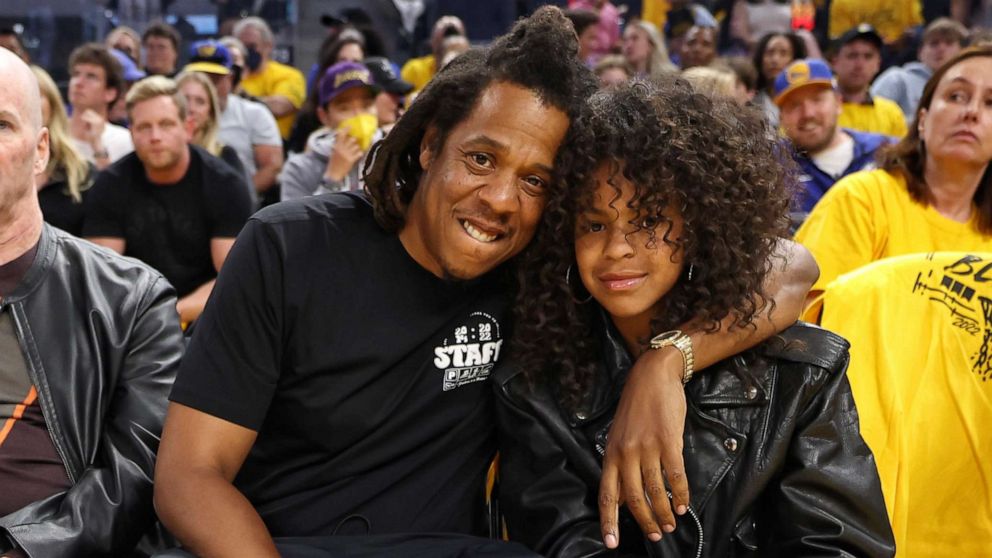 Jim Poorten/NBAE via Getty Images
Jay-Z and his daughter Blue Ivy Carter arrive for the game of the Boston Celtics against the Golden State Warriors during Game Five of the 2022 NBA Finals on June 13, 2022 at Chase Center in San Francisco.

Onlookers were quick to note Blue Ivy's close resemblance to not only her father but her superstar mother Beyoncé as well.

In 2019, Beyoncé highlighted the similarities between herself and her daughter, posting a side-by-side video of the two at age 7.

"Someone made this comparison of me at age 7 and Blue at age 7, My baby is growing up," Beyoncé captioned the photo. 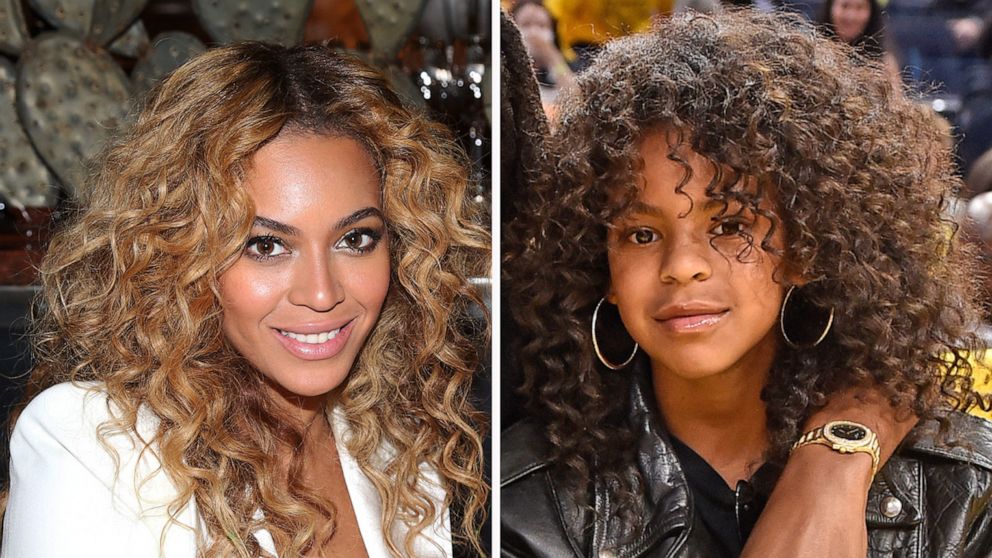 Johnny Nunez/WireImage via Getty Images, FILE|David Dow/NBAE via Getty Images
Beyonce attends The Two Kings Dinner presented by Sprite at RDG + Bar Annie on Feb. 16, 2013 in Houston; Blue Ivy Carter and father Jay-Z arrive for an NBA Finals game between the Boston Celtics and the Golden State Warriors on June 13, 2022 in San Francisco.

MORE: Jay-Z shares why he learned to swim after Blue Ivy was born

Over the years, Jay-Z and Beyoncé have been spotted courtside at several NBA games, and Blue Ivy has attended a number of games as well.

In addition to Blue Ivy, the power couple are also parents to 5-year-old twins Rumi and Sir Carter.