Jennifer Lopez delivered a powerful speech while accepting the Generation Award at the 2022 MTV Movie & TV Awards on Sunday.

The actress and singer, 52, was honored with the award that "celebrates beloved actors whose diverse contributions to both film and television have turned them into household names."

During her acceptance speech, Lopez acknowledged how much her roles in her career have meant to her. She also discussed the impact of those who have helped her along the way -- and those who have attempted to hold her back.

Reflecting on her previous on-screen roles, the "Marry Me" actress began: "I look at those movies and I see all the wonderful people that I've been blessed to know and to work with. You're only as good as the people that you work with, and if you're lucky, they may make you better. And I have been very lucky in that regard."

"As an actor, I'm not any of the women that I've played, but there is a part of what is deeply true to me in each one of those characters," she continued.

She then went on to share her gratitude for those she's interacted with while working in the industry.

"Since you cannot create truth unless you've really lived it, I have a different kind of list of thank-you's tonight," she began.

"I want to thank all the people who told me, to my face or when I wasn't in the room, that I couldn't do this. I really don't think I could have done it without you."

She also shared her immense appreciation for her fan base for going out to support her films. "You are the reason that I am here," she said, overcome with emotion. 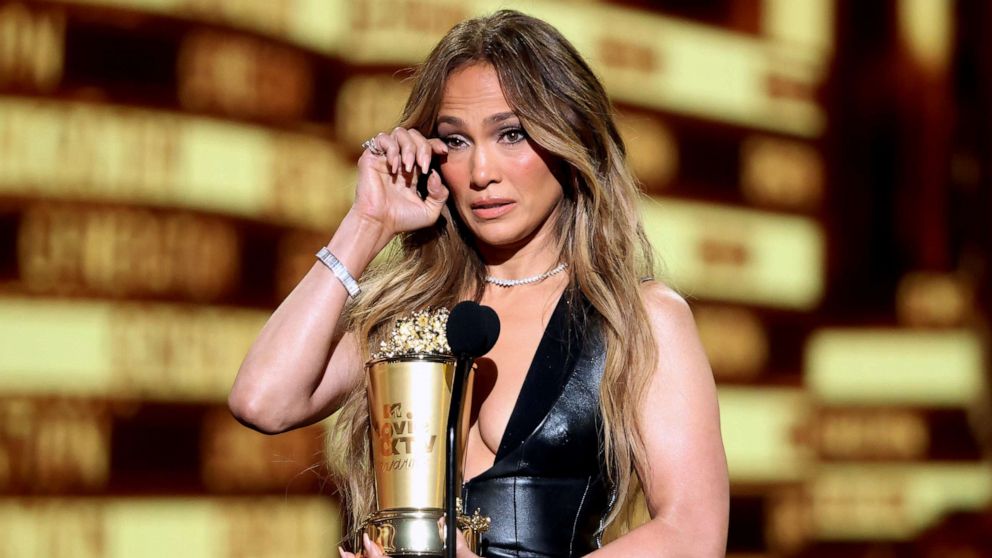 Lopez also shared a shoutout for her manager, Benny Medina.

"He's more than just my manager," she said. "If there's one person who believed in me from the beginning and the first time I played him a raggedy little demo of a song that I had wrote that day -- he never let me stop believing in myself -- it was him."

"You know when someone's at your side, you know when they're there when you're at your lowest and most hopeless point that you will never forget it and you never want to let them down," she continued. "And there were times so low, I think, I kept going more for you than for myself."