Jesse Williams may be known for playing a handsome, brooding doctor on TV, but it turns out that wasn't always the plan.

The 40-year-old actor told "Good Morning America" he first signed on to play Dr. Jackson Avery in season 6 of "Grey's Anatomy" with a "two-episode deal," thinking he'd appear on "one of the biggest shows in the history of the world" and move on. But fate had other ideas, and he, much to his surprise, has been a series regular since season 7.

He said he spent that season as a recurring star on what he called a "week-to-week arrangement," not knowing if he would have a job the next week until he was invited to the next table read. Given that he hadn't been an actor for "very long at all" -- having previously worked as a public school teacher before attempting to make it in Hollywood -- he said he wasn't sure acting was for him.

"I had bounced around a lot and was finding myself and I wasn't sure I was going to act for very long, I just wanted to try it," Williams said. "I didn't even know, you know, if there was something here for me to do that would keep me stimulated and challenged." 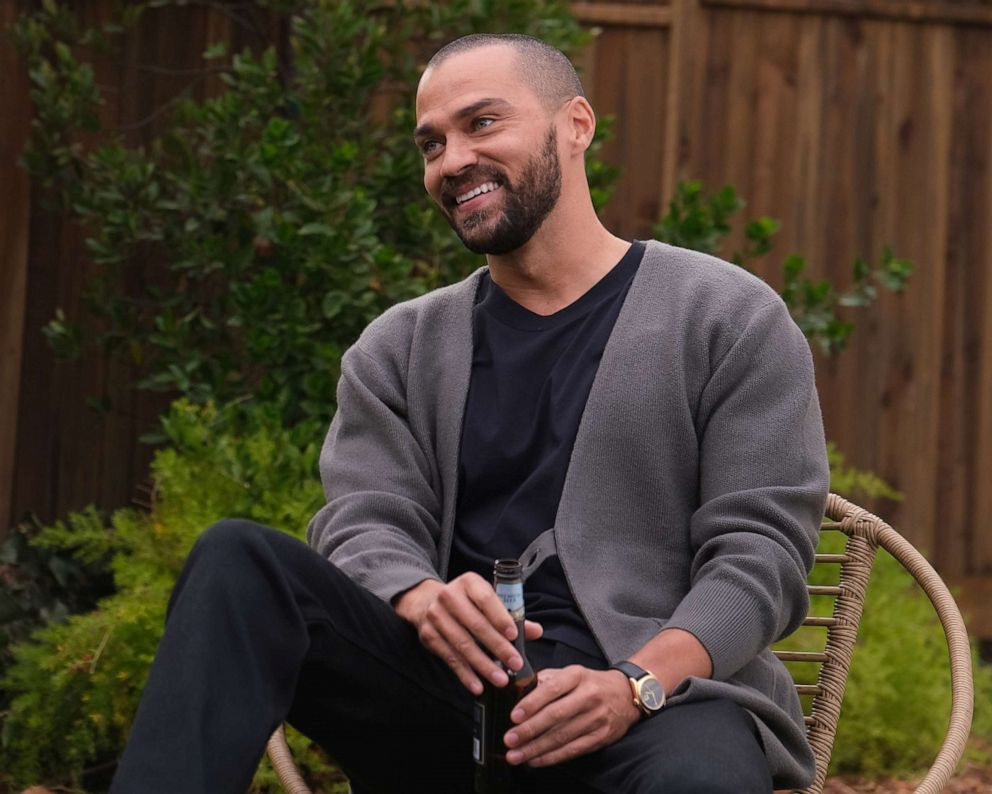 Ron Batzdorff/ABC
Jesse Williams in a scene from "Grey's Anatomy."

A part of what has possibly kept Williams on "Grey's Anatomy" for so long is something the show made headlines for back when it premiered and is still exhibiting now, in its 17th season: the ability to reflect the real world. The current run of episodes depicts not only the COVID-19 pandemic, but also its impact and effect on everyday people -- communities of color, in particular -- as well as front-line workers.

"It's an incredible privilege, one that I'm grateful for," Williams said of the opportunity to tackle the subject. "It's also kind of the only way I know how to operate and is a really wonderful through-line from my real life as an activist and an organizer [to my acting]."

"You can tell stories without hurting people, which is to say ignoring them or neglecting them or trivializing their disenfranchisement," he continued. "It's totally possible."

MORE: 'Grey's Anatomy' stars reflect on what it means to be Black women in Hollywood

While shedding light on these issues is important to Williams, he admitted it "was pretty daunting" hearing from front-line medical workers when putting the season together.

"It's really hard for us, from our couches and our phones, to get a human understanding of the toll that all this takes and what our medical professionals and front-line workers go through," he explained. "We feel like we're in the dark as citizens ... but folks that are on the front lines [are] in pure chaos all the time." 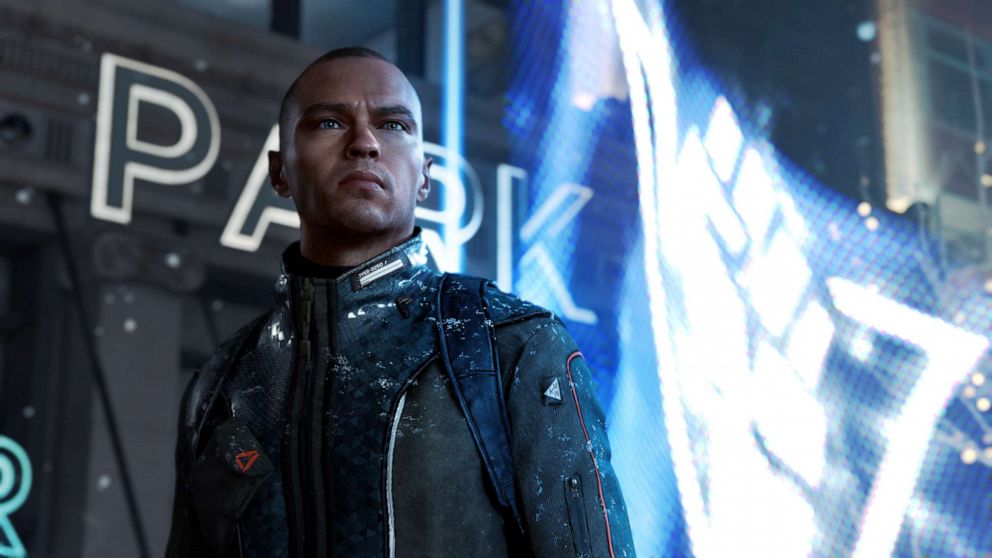 PlayStation
Jessie Williams as Markus in a scene from "Detroit: Become Human."

In 2018, Williams took his acting skills to the world of video games with "Detroit: Become Human." The game gave players the power to make choices for the three main characters that impacted the story as they played through.

Williams played Markus, an android who leads the other androids to rise up against the humans in an effort to secure their equal rights in Detroit circa 2038. Markus' story culminates in either a war breaking out between androids and humans or securing peace talks between the two factions.

Taking on this unique role for Williams was all about the game's mission and story, what it communicated to players and if he believed the game's ideas would stand the test of time.

"I'm not a big fan of fizzling trends," he said, remembering how he asked himself if it would be something he could "look back on proudly." Clearly, it was.

Williams said the game was a success, in his eyes, because it gave players the option to "choose your own adventure" by putting the decision-making power into their hands and showed them multiple perspectives set within the same world.

MORE: 3 reasons why 'The Last of Us Part II' is a game changer for video games

"You always have a choice as to how to handle a situation -- and it's exactly like life," he noted of what spoke to him personally. "But we don't get these pause buttons and these avatars in life to let you know at every intersection you can choose aggression or passivity, you can be grateful or you can be mean, you can be nice or you can listen, you can raise your voice or you can calm the hell down."

"These are all things we have options for every moment of our life," he said, "but we don't see it that way."

Williams said the game's motion capture process was "very taxing," comparing how they would shoot 40 pages of material a day in a windowless studio in Paris while he and the other actors were in full outfits covered with sensors. That said, he would return to the world of "Detroit: Become Human" in a heartbeat.

"I'd love to do a film version of it," Williams gushed, putting the idea out into the universe. "I think Markus' character would be a really dope movie." 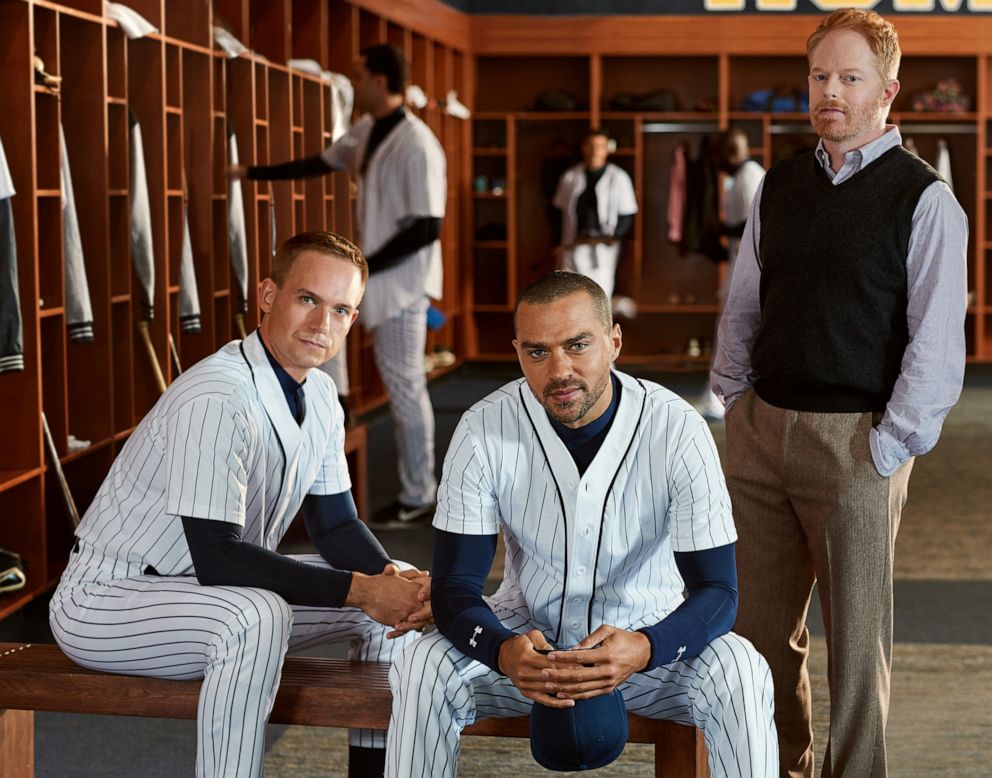 Catherine Wessel
Patrick J. Adams, Jesse Williams and Jesse Tyler Ferguson in a promo image for Broadway's "Take Me Out."

Prior to the pandemic, Williams was set to make his Broadway debut by starring in a revival of the Richard Greenberg play "Take Me Out," alongside Patrick J. Adams and Jesse Tyler Ferguson at Hayes Theater in New York City.

The show -- about a biracial baseball player who comes out -- explores topics like homophobia, racism and masculinity in the sports world. The original Broadway run won three Tonys in 2003, including a win for the top prize of best play.

Originally set to begin previews last year on April 2 and officially open on April 23, production on the show was suspended in mid-March due to COVID-19. Williams said the opportunity was "yanked away" from everyone else involved during rehearsals, but that the cast and crew "have every intention" of putting on the show in the future.

MORE: Broadway performances cancelled through May 2021

"Baseball was a huge part of my life growing up, which is another reason why I connected so much to the character and the material," Williams said of what drew him to the role.

"It was a great point of connection between me and my dad and my brothers," he added. "So, yeah, there's a lot of things woven into that for me."

It's uncertain when "Take Me Out" will go on with Broadway remaining dark through May of this year, but Second Stage told "GMA" they remain committed to producing the show.