It’s been a month since Kanye West held an iconic “Sunday Service” at Joel Osteen’s church in Houston. Now, the preacher and bestselling author is opening up about his new friendship with the rapper.

“It was interesting,” Osteen told “GMA" anchor Robin Roberts. “You know, Kanye’s had a turn of events in the last year or so, and I got a text from him, and we just struck up a conversation and a friendship. And he was going to be in Houston for an event and I thought, ‘Hey, you wanna come by the church?’ And so it all came together.'”

Osteen, who stopped by “GMA” to talk about his 12th book, “The Power of Favor,” said his new friendship with Kanye just “felt right.” 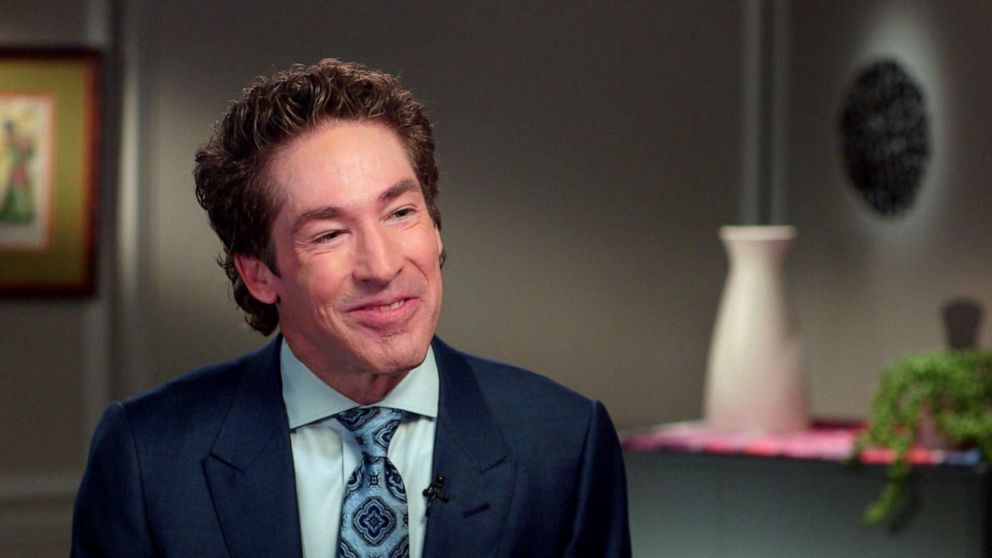 “I’m a believer in people,” he said. “I found him to be very genuine and just -- a fantastic person.”

In November, Kanye opened up about his faith and spiritual journey with Joel Osteen at Osteen’s Lakewood Church.

Here is a preview of the conversation with Pastor @JoelOsteen and Kanye West! Watch it all on @YouTube by clicking the link in bio. #SundayServiceAtLakewoodChurch #LakewoodChurch

“He asked me for advice because this world is new to him,” said Osteen of his first meeting with Kanye. “I just shared it -- share with him just to -- you know, to keep God in first place, and keep listening to his heart.”

Osteen invited Kanye to host his “Sunday Service,” a gathering with his choir which has grown into a cultural phenomenon in the past year. Kanye held “Sunday Service” at Osteen’s megachurch in front of his biggest audience ever of over 7 million broadcast viewers.

Thank you for joining us for #SundayServiceAtLakewood! What an unforgettable night. Let us know your favorite moment below! #LakewoodChurch

A Lakewood classic. You are good All the time #SundayServiceAtLakewood #LakewoodChurch

How was lakewood ? Cc @lakewoodchurch

Now, Osteen and West will be coming together for an epic collaboration at Yankee Stadium next year.

“I’m excited,” said Osteen. “It’s gonna be you know, 50,000 people there in the stadium. He’s bringing his couple-hundred-member choir -- it’s gonna be what we call one of our Night of Hope with -- with Kanye in the choir. It’s our third time back at Yankee, and it just really feels right.”

With the title of his new book focusing on the power of favor, which Osteen defines as “God’s empowerment” and “a blessing on your life that takes you where you can’t go on your own,” Osteen sees his collaboration with Kanye as a sign.

“I believe when you have favor, God brings the right people to ya,” said Osteen. “Never dreamed in a million years Kanye West and I would be at Lakewood together, but here we are. So you never know what God could do.”