John Travolta's family has an adorable and furry addition joining their ranks -- and he has Jamie Lee Curtis and the 2022 Oscars to thank.

The "Grease" actor took to Instagram on Monday to reveal that his 11-year-old son, Ben, adopted the puppy, named Mac-N-Cheese, Curtis was holding while honoring Betty White during the in memoriam segment at the 94th Academy Awards.

The photo of Travolta and Ben holding the puppy received love from Travolta's daughter and Ben's big sister, Ella Travolta, as well as Sharon Stone and Michelle Pfeiffer.

Curtis, in a post shared to her Instagram, said she was texted a "beautiful" photo of Travolta holding Mac-N-Cheese before presenting the Academy Award for best actor in a mini "Pulp Fiction" reunion alongside Samuel L. Jackson and Uma Thurman.

The "Halloween" actress, who starred in the 1984 film "Perfect" with Travolta, called the adoption "a MAGICAL ending" to the Oscars and a "perfect tribute" to the late "Golden Girls" star, who was an animal lover and activist. 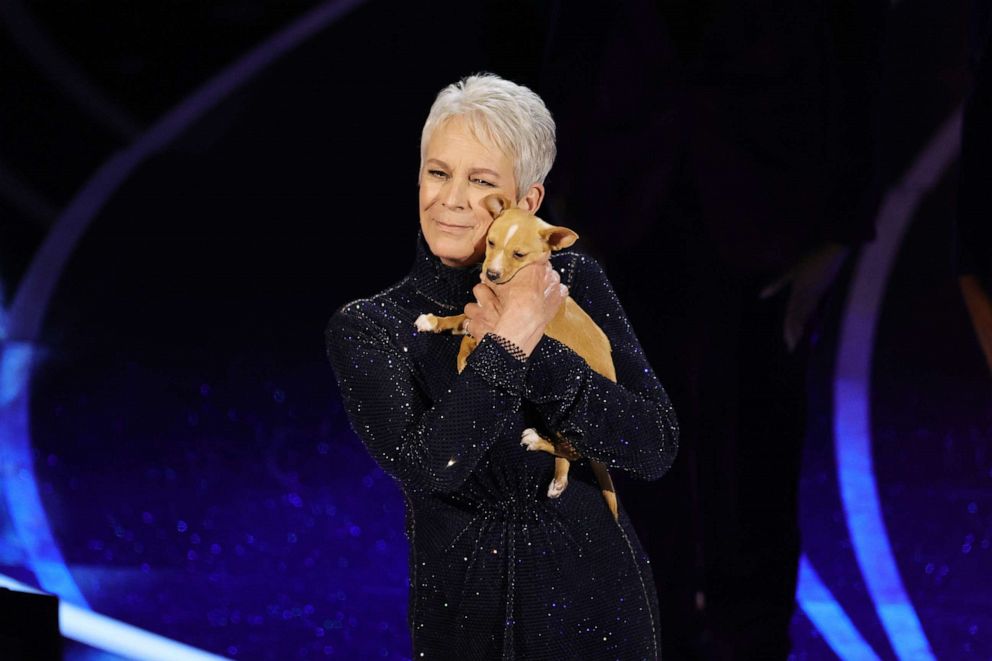 "She was not only a Golden Girl, she was a legend who brightened every room she walked in and brought a smile to the faces of all who watched her on the screen. And day in and day out for almost a century, she was a woman who cared so much for not just her two-legged friends but for animals just like this," Curtis said of White during Sunday night's ceremony. "So the greatest gift you could give Betty White is to open your heart and your home and adopt a rescue dog just like Mac-N-Cheese from Paw Works. So thank you, Betty, thank you for being a friend to us all."

Fans celebrated White's 100th birthday on Jan. 17, which came just weeks after her death on Dec. 31, by donating to animal rescues or shelters in her name in an initiative dubbed the "Betty White Challenge."