Ken Jennings is reflecting on the advice "Jeopardy!" legend Alex Trebek shared with him.

During an appearance on "Good Morning America" on Tuesday, the 74-time champion of "Jeopardy!", who will be the show's first interim host since Trebek's death in November, spoke about one of his final conversations with Trebek.

"I spoke to him on the phone actually the weekend he passed and he was -- he was frail but he was still very much Alex," Jennings shared.

"I remember him just being very confident in me to be a guest host if he ever needed that," he continued. "We were hoping we'd have him with us for longer, but I remember -- I was reminded of the thing he always emphasized about the show, which was -- he's not the star of the show. You know, the host is not the star of 'Jeopardy!'"

Jennings went on to explain that Trebek "always made it about the players and about the competition."

"It's just hard to imagine that in the TV landscape today, a star of his size saying, 'Hey, the game is not about you' -- but that was great advice," he added.

After Trebek's death on Nov. 8, the game show resumed production on Nov. 30. 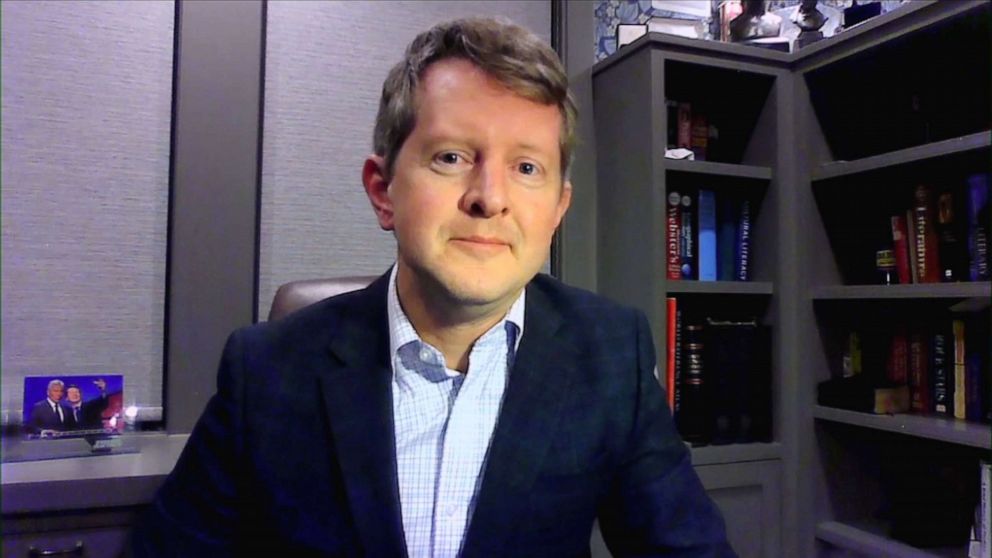 Jennings is one of several guests hosts who will take over "for the foreseeable future," according to a previous statement from "Jeopardy!" executive producer Mike Richards.

We will resume production on 11/30 with a series of interim guest hosts from the Jeopardy! family – starting with Ken Jennings. Additional guest hosts to be announced. pic.twitter.com/0MdGqnzp3R

When asked if he is ready to take on the hosting role, Jennings said "you can't fill shoes like Alex Trebek's."

"He was just a legend and, you know, I'm like everybody else -- when I hear that music I don't want to see an interim host," Jennings said on "GMA."

"In a perfect world I want to see Alex Trebek, so it was a little bit nerve-wracking being asked to do that," he added. "It was an honor but it's a stressful one."

Jennings will also star in a new game show on ABC, "The Chase," alongside fellow "Jeopardy!" champions James Holzhauer and Brad Rutter. The series premieres Jan. 7 on ABC.