Kim Kardashian has joined a growing number of public figures standing in solidarity with the Jewish community following her ex-husband Ye's antisemitic comments and threats to Jewish people.

In a tweet, the reality star and business mogul condemned hate speech and said that she stands with the Jewish community.

"Hate speech is never OK or excusable," Kardashian wrote. "I stand together with the Jewish community and call on the terrible violence and hateful rhetoric towards them to come to an immediate end." 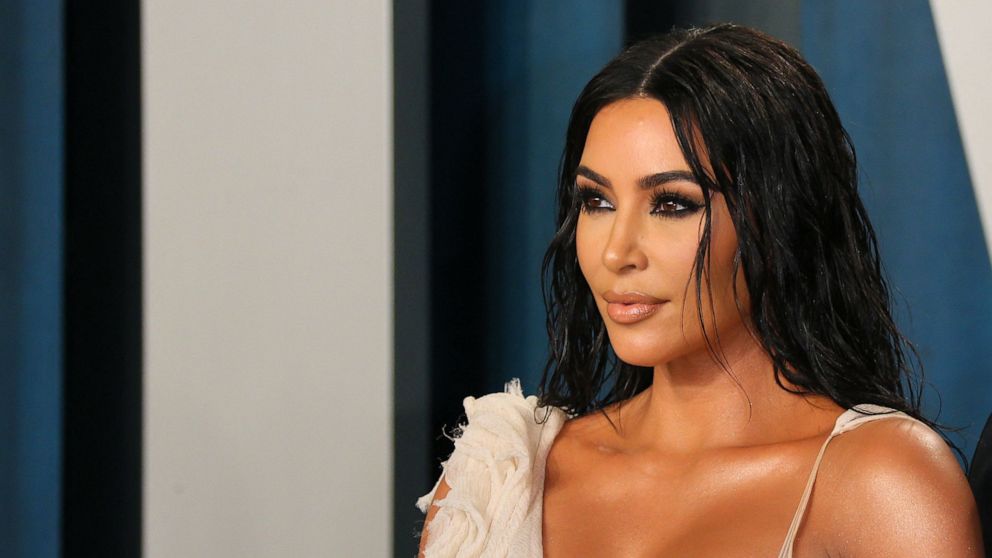 Hate speech is never OK or excusable. I stand together with the Jewish community and call on the terrible violence and hateful rhetoric towards them to come to an immediate end.

Kardashian is among several celebrities and notable figures who have called out Ye -- the recording artist and entrepreneur formerly known as Kanye West -- for posting a series of offensive tweets toward the Jewish community earlier this month, which involved a reference to the defense readiness alert used by the U.S. armed forces. Ye made similarly antisemitic remarks during a since-deleted Oct. 16 interview on Revolt TV's "Drink Champs," and on Oct. 17, during an interview with Chris Cuomo on NewsNation.

"Drink Champs" host N.O.R.E. has since apologized for the interview, telling Hot97's Peter Rosenberg, "I have a relationship with Ye. When he was going through a lot of the things he was going through, he would call me and he would actually listen to me and take my advice. So I felt I could control the situation. I felt that I could control the interview, and learned early on that I didn't."

In one of Ye's since-deleted tweets, he tried to justify his comments by claiming he couldn't be antisemitic, repeated several antisemitic tropes, and threatened Jewish people.

Twitter has removed those comments and the rapper has been locked out from the platform due to a violation of the company's policies, a Twitter spokesperson told ABC News earlier this month. 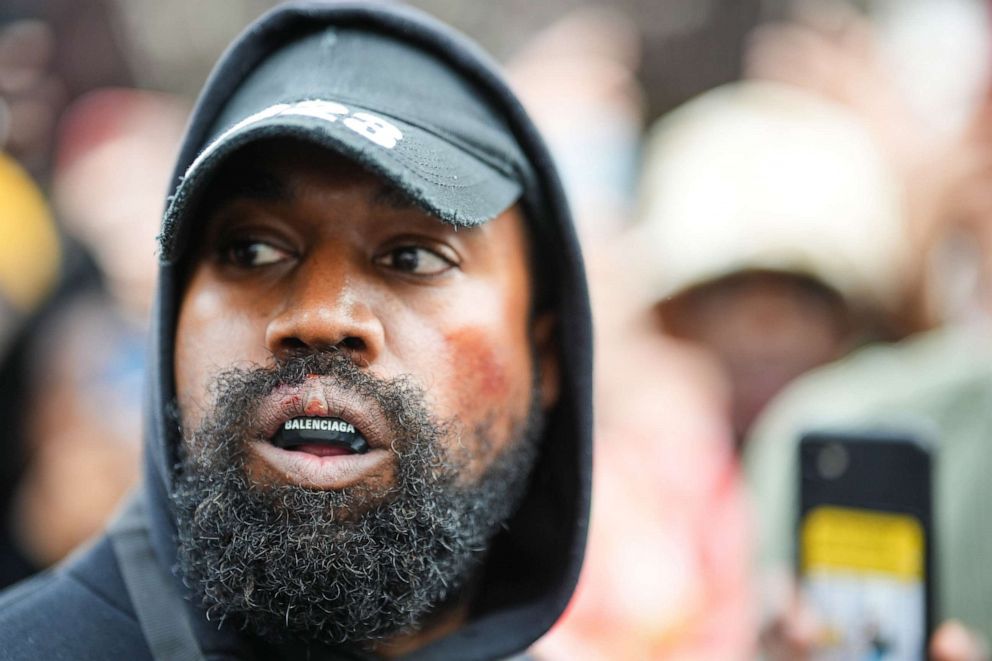 Ye's remarks appear to have been referenced over the weekend by a group of neo-Nazis in Los Angeles, who hung anitsemitic signs on a freeway overpass supporting Ye's comments.

The Beverly Hills Police Department also told ABC News in a statement that it was "aware and investigating the dispersal of some Anti-Semitic flyers in the north end of the city" that had been sent out overnight, but said there were no current threats to the community.

MORE: Celebrities don't hold back as they call out Kanye West for his statements on slavery

Others who have spoken out against Ye and antisemitism in recent weeks include Khloe Kardashian, Kendall Jenner, Amy Schumer, Gwyneth Paltrow, Reese Witherspoon, Florence Pugh, Piers Morgan, Sophia Bush, Keith Olbermann, John Legend, Jack Antonoff, and more. Many have shared a post from author Jessica Seinfeld that reads simply, "I support my Jewish friends and the Jewish people."

In the caption of an Instagram post, Schumer threw a spotlight on the consequences of antisemitic rhetoric.

"Do you know what the Jewish community is afraid this will lead to?" Schumer wrote, asking others to "stand up."

Los Angeles Mayor Eric Garcetti also spoke, tweeting from the official @MayorOfLA account, "L.A. is a city of belonging, not hate. We condemn this weekend’s anti-Semitic incidents. Jewish Angelenos should always feel safe. There is no place for discrimination or prejudice in Los Angeles. And we will never back down from the fight to expose and eliminate it."

On Monday, Hollywood talent agency Creative Artists Agency, or CAA, which previously represented Ye for touring, announced it was no longer representing the rapper and designer in the wake of his comments. Film and television studio MRC is also shelving a documentary on Kanye West and said in a statement Monday that they "cannot support any content that amplifies his platform."

ABC News has reached out to Ye's team for comment.