Joining "Dancing with the Stars" for season 31 was a full-circle moment for the show's newest pro, Koine "Koko" Iwasaki.

Iwasaki told "Good Morning America" she first met Val Chmerkovskiy when she was competing on "So You Think You Can Dance" in 2017, ultimately becoming runner-up for season 14. Chmerkovskiy, a longtime "DWTS" pro, choreographed a salsa between her and her fellow competitor -- and now boyfriend -- Kiki Nyemchek.

"When Val planted a kiss in our dance, it got me and Kiki together -- but it also brought me into the world of everyone in 'Dancing with the Stars,'" Iwasaki said. 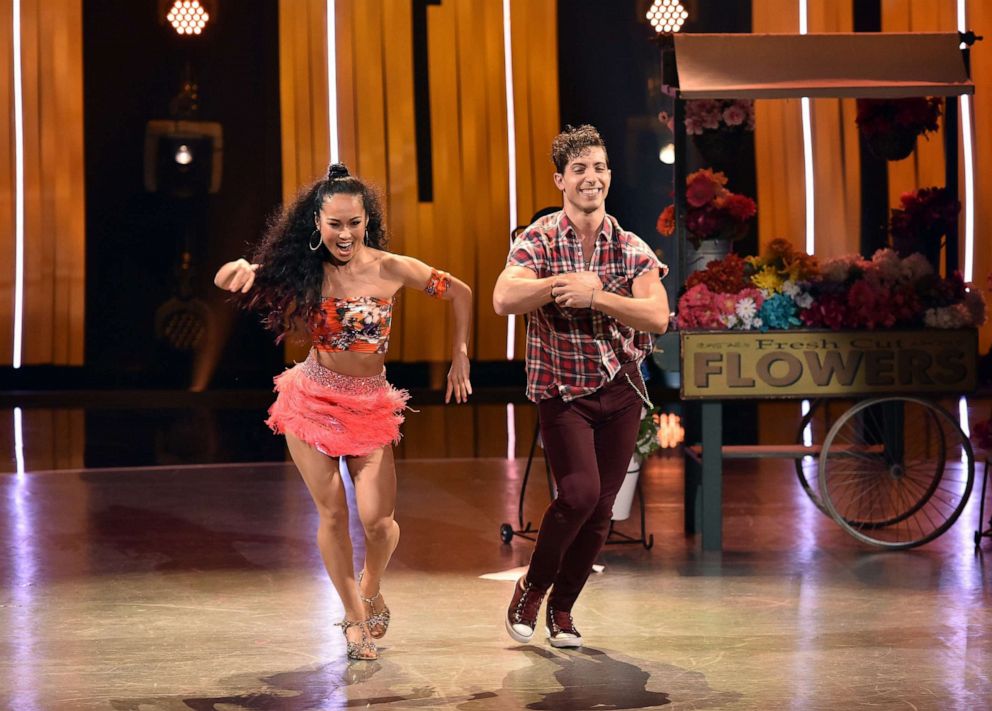 Getty Images
Kiki Nyemchek and Koine Iwasaki perform a Salsa routine on the show "So You Think You Can Dance."

Iwasaki said she "just started crying" and "got so emotional" when she got the call inviting her to be a pro on "DWTS" season 31.

"There's so many different waves of emotions that hit me and I was so excited, so grateful, so terrified and just overwhelmed," she said, adding that "it has been a dream."

"I felt ready. It's been, I feel like, a long time coming for me as far as what I've wanted to do with my goals and dreams and stuff," she continued. "It was really full circle for me in so many different ways."

Having studied "truly everything except ballroom" while honing her dance skills at Dancing Plus in Florida from the time she was 2 until she was 18, Iwasaki credited Chmerkovskiy for helping her fall in love with ballroom.

"I remember Val kind of took me in and did a little twirl for the first time, and I just remember thinking, 'What just happened to me? This is the best thing of my life,'" she recalled. "Then I seriously couldn't stop."

Iwasaki gave credit to Chmerkovskiy, Kiki and Chmerkovskiy's brother, "DWTS" alum Maks Chmerkovskiy, for having "all helped me in the last five years grow into the ballroom dancer that I am now." She called it "just nuts" that she went from being choreographed by Chmerkovskiy just five years ago on "SYTYCD" to now competing alongside him.

For her first season on "DWTS," Iwasaki is paired with "Jersey Shore" star Vinny Guadagnino. 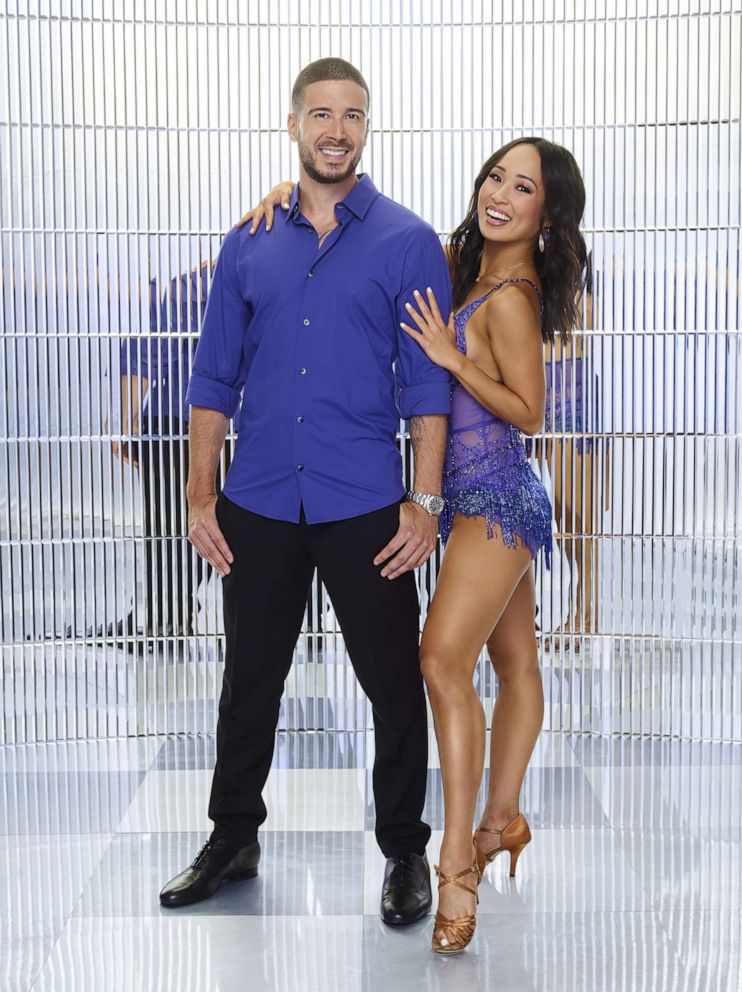 Iwasaki called their first meeting "amazing" and said she can't believe she lucked out in getting someone "as cool as Vinny" -- but it hasn't all been one big party.

"Once the dancing started it was a lot harder, I think, than I thought it was going to be," she admitted, noting that she had to adapt from teaching dancers how to dance better to teaching a non-dancer how to do ballroom for the first time.

"It wasn't so much about the steps, but it was all about the mental connections I can make from his regular life and what he does already to now dancing. It's kind of like finding a language between us," she explained. "But it really pays off so much when you see your star be happy after they perform. There's literally nothing like it."

Iwasaki said she has had to learn how to use her time with Guadagnino "wisely" and has seen him improve week after week.

"He even said today during rehearsal earlier that dance isn't just about the steps and he's like, 'I didn't realize how much storytelling I could do in dance,'" she added.

Iwasaki, who watched "Jersey Shore" while growing up, said she has been welcomed as one of the crew after meeting Guadagnino's pals DJ Pauly D and Mike "The Situation" Sorrentino as they supported him from the audience during Disney+ Week. 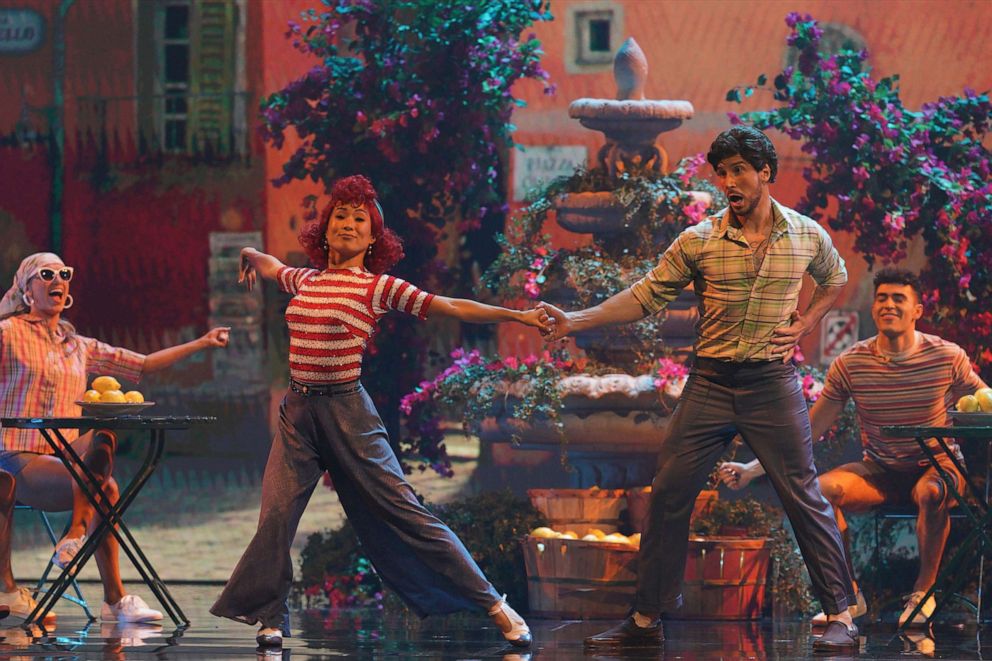 "They were so welcoming. They actually put me into their little 'MVP' chant," she gushed. "They let me be a part of it, and I was like, 'Are you guys sure? This is such an epic moment.'"

"They fist pumped with me," she continued. "It was amazing, and I was looking around the room like, 'I can't believe I'm literally fist pumping with the people who made fist pump what it is today.'"

One thing Iwasaki said she has learned is just how close-knit the "DWTS" pros are, having experienced them welcome her with open arms.

"You can't do this alone, and it takes a village," she said. "I think that's why the 'Dancing with the Stars' family is so tight. You really have to stick together, and we're just rooting for one another because we're all going through the same thing."

"Dancing with the Stars" season 31 streams live on Disney+ each week.