DMX has died at age 50 after suffering a heart attack. His family, who was by his side when he passed, confirmed the news in a statement.

The rapper, who was born Earl Simmons, had been hospitalized in White Plains, New York, in "grave condition," his attorney Murray Richman confirmed to ABC New York station WABC on April 3. He was placed on life support and never recovered.

MORE: In Memoriam: Notable people who died in 2021

"Earl was a warrior who fought till the very end," the family said in a statement. "He loved his family with all of his heart and we cherish the times we spent with him. Earl’s music inspired countless fans across the world and his iconic legacy will live on forever. We appreciate all of the love and support during this incredibly difficult time."

The family asked for privacy at they "grieve the loss of our brother, father, uncle and the man the world knew as DMX," adding that information about his memorial service will be announced once details are finalized. 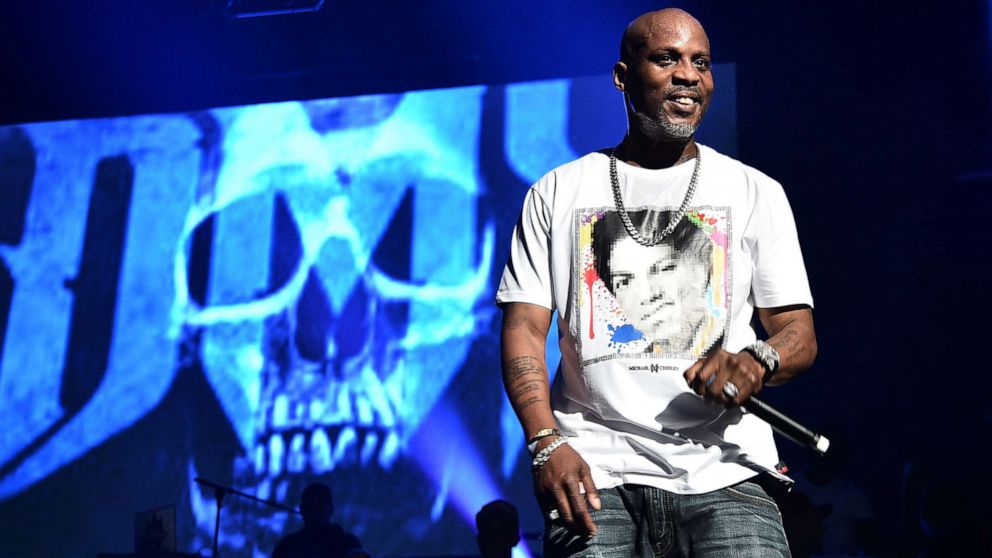 DMX had battled substance abuse and endured multiple rehab stints, the most recent of which was in 2019 after serving a 12-month prison sentence for tax evasion.

Raised in Yonkers, New York, DMX spent the early years of his childhood in and out of juvenile detention centers and group homes. While he maintained a close relationship with his grandmother and other family members, music became his escape.

The Ruff Ryders emcee launched his career in the 1990s. His debut album, "It's Dark and Hell Is Hot," dropped in 1998 and featured the hit "Ruff Ryders' Anthem." As a Def Jam signee, he was a crucial member of the Ruff Ryders dynasty, which birthed trailblazing artists such as Swizz Beatz, Eve and The Lox.

Def Jam also paid tribute to DMX in a statement, calling him "a brilliant artist and an inspiration to millions around the world."

"His message of triumph over struggle, his search for the light out of darkness, his pursuit of truth and grace brought us closer to our own humanity," they added. "Our thoughts and prayers are with his family and all those who loved him and were touched by him. DMX was nothing less than a giant. His legend will live on forever." 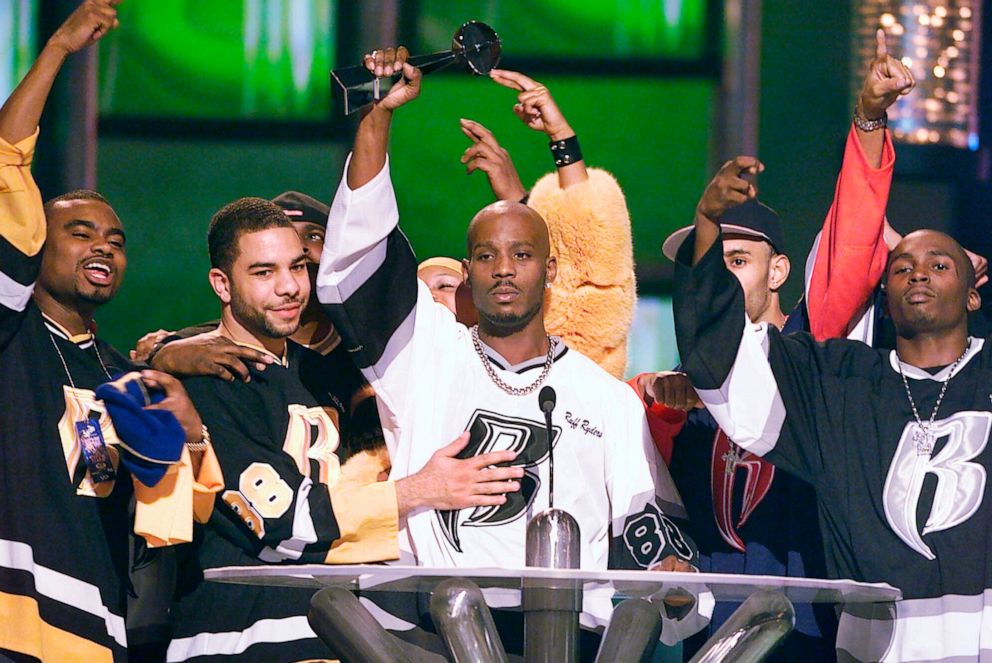 Laura Rauch/AP, FILE
DMX accepts the R&B Album Artist of the Year for his second album, "Flesh of My Flesh, Blood of My Blood," during the 1999 Billboard Music Awards in Las Vegas, Dec. 8, 1999.

In 1999, DMX released his best-selling album, "... And Then There Was X," featuring the hit single "Party Up (Up in Here)." The triple-platinum album received two Grammy nominations, for best rap solo performance and best rap album. DMX's third Grammy nomination came from his 2001 single, "Who We Be."

Other notable singles include "Stop Being Greedy," "X Gon' Give It to Ya," "What's My Name" and "What They Really Want," featuring Sisqo.

DMX released seven albums over the course of his career, including "Flesh Of My Flesh," "Blood Of My Blood," and four others that topped the Billboard Top 200 albums chart. He also worked with a number of artists, including Aaliyah, Jay-Z, Rick Ross, LL Cool J, Method Man, Snoop Dogg, Nas and Faith Evans.

DMX also appeared in several films, such as "Belly," "Exit Wounds," "Romeo Must Die," "Cradle 2 the Grave" and "Last Hour." 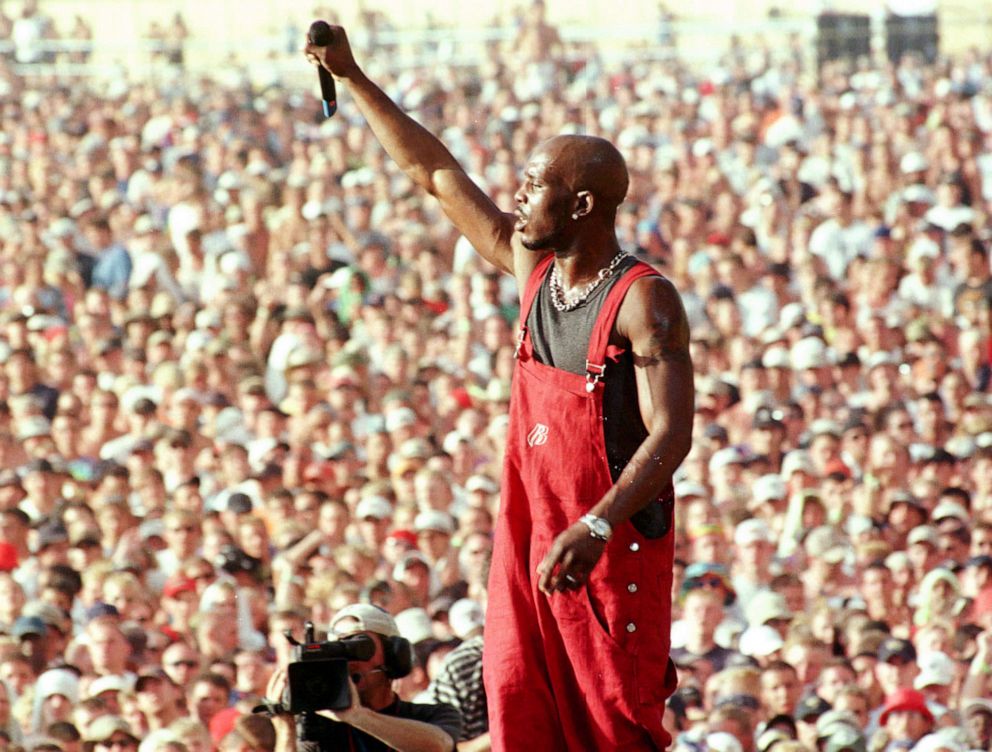 In July 2020, he faced off with Snoop Dogg in a Verzuz battle, breaking the all-time Apple Music live-stream record with over 600,000 concurrent viewers.

A month later, he revealed he was working on a new studio album to follow up the release of 2015's "Redemption Of The Beast" under Seven Arts Entertainment. During an episode of the "Drink Champ‪s"‬ podcast last February, DMX said the project would feature current and past generations of artists, including Benny The Butcher, Conway the Machine, Usher, Alicia Keys, Lil Wayne, U2's Bono and a posthumous track with the late Pop Smoke.

DMX is survived by his 15 children and fiancee Desiree Lindstrom, the mother of his 15th child, a 4-year-old son named Exodus.