Prince William spoke out during Pride Month, saying it would be "absolutely fine" if one of his children came out as gay.

William was asked during a group discussion Wednesday at the Albert Kennedy Trust, a London nonprofit group that works with young LBGTQ people, “If your child one day in the future said, ‘Oh I’m gay, oh I’m lesbian’ whatever, how would you react?”

The future King of England replied, “Obviously, absolutely fine by me," according to the Associated Press.

William said that although he would support his kids, he would worry about the pressure they would face as a gay member of Britain's royal family. 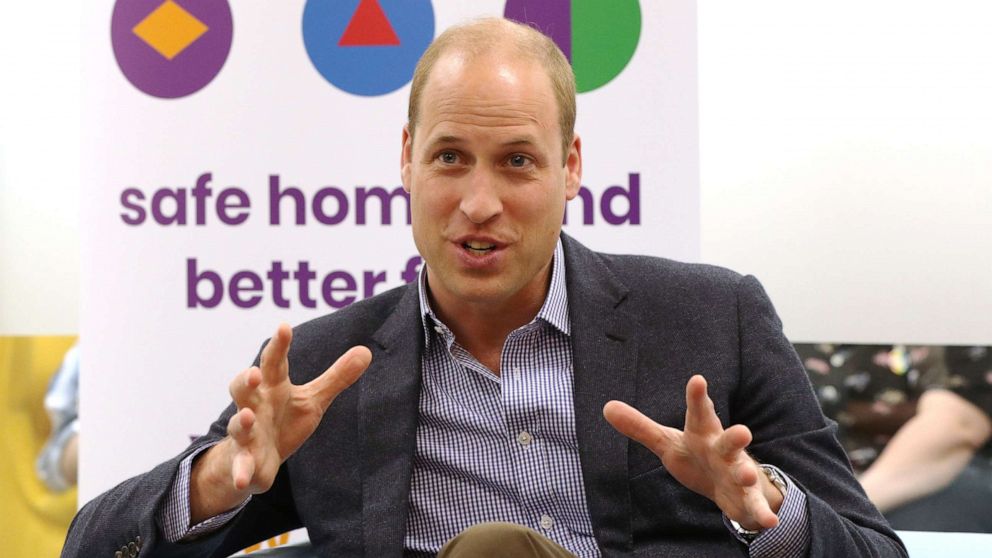 Jonathan Brady - WPA Pool/Getty Images
Prince William, Duke of Cambridge speaks to former and current service users during a visit to the Albert Kennedy Trust to learn about the issue of LGBTQ youth homelessness and the unique approach that the organisation is taking to tackling the problem on June 26, 2019 in London.

"It worries me not because of them being gay," he said. "It worries me as to how everyone else will react and perceive it, and then the pressure is then on them.”

(MORE: Snaps for Kate! Duchess of Cambridge takes over from Queen Elizabeth as patron of The Royal Photographic Society)
Editor's Picks

William's visit to Albert Kennedy Trust was the first time a member of the royal family has visited an LGBTQ+ youth charity, according to the Trust, which offers support to young LGBTQ+ people who are homeless or living in hostile environments.

William visited the charity to open a new services center in the Hoxton district of London, which will host drop-in sessions for young people.

The Duke of Cambridge met people supported by @aktcharity and spoke with staff about the services they provide including the ‘Purple Door’ safe house, LGBTQ+ ‘host’ (or carer) services, in-person and online mentoring programmes and a range of youth engagement activities. pic.twitter.com/gjkBzbtjCO

The Duke of Cambridge met the founder of Albert Kennedy Trust and met with LBGTQ+ youth who are supported by the charity.

(MORE: Princes William and Harry and Kate and Meghan announce split of their charitable work)

London will hold its annual Pride parade on July 6.

William has at least one publicly out member of his family. Queen Elizabeth II's cousin, Lord Ivar Mountbatten, and his partner James Coyle last year became the first royal same-sex couple to get married, according to the BBC.