Kate, the Duchess of Cambridge, sparkled in her late mother-in-law's tiara at the lavish state banquet held in President Donald Trump's honor at Buckingham Palace on Monday evening.

Kate wore the Lover's Knot tiara, which was beloved by Princess Diana. The tiara was created by Queen Elizabeth's grandmother, Queen Mary, in 1913. 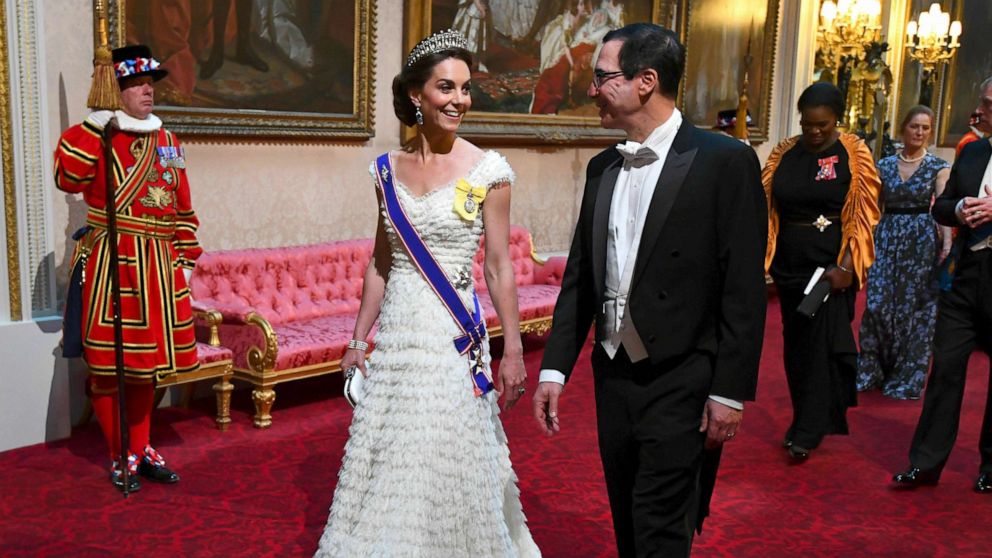 Victoria Jones/AP
Kate, the Duchess of Cambridge and United States Secretary of the Treasury, Steven Mnuchin arrive through the East Gallery ahead of the State Banquet at Buckingham Palace in London, June 3, 2019.
(MORE: Duchess Kate gives Queen Elizabeth II a tour of her Chelsea Flower Show garden)

She completed her glamorous look with a white Alexander McQueen gown -- the luxury fashion house that designed the wedding dress she wore back in 2011 -- and diamond and sapphire earrings she borrowed from Queen Elizabeth II herself. 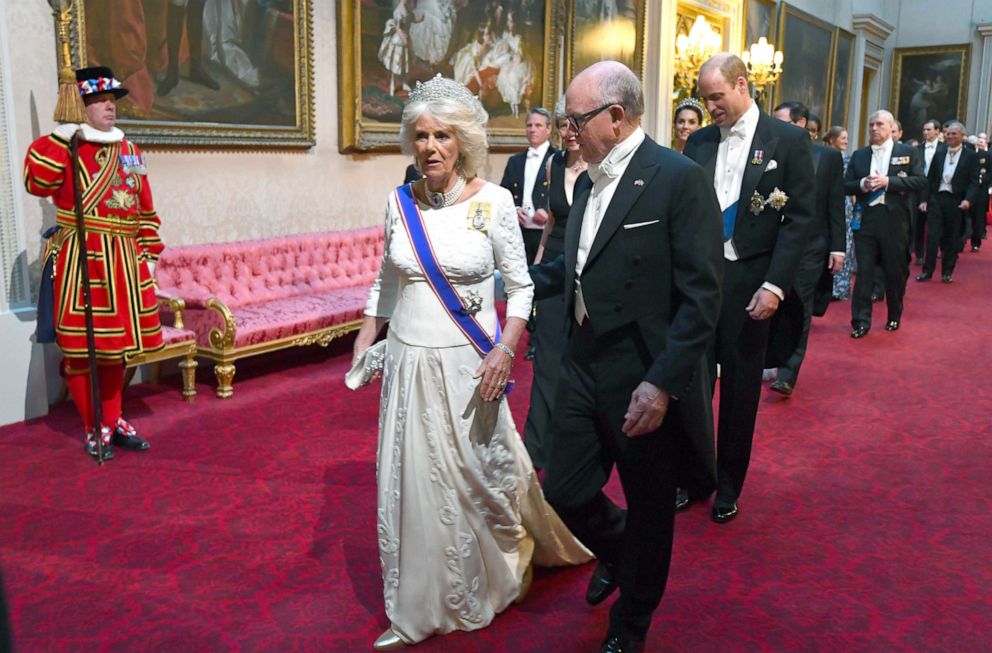 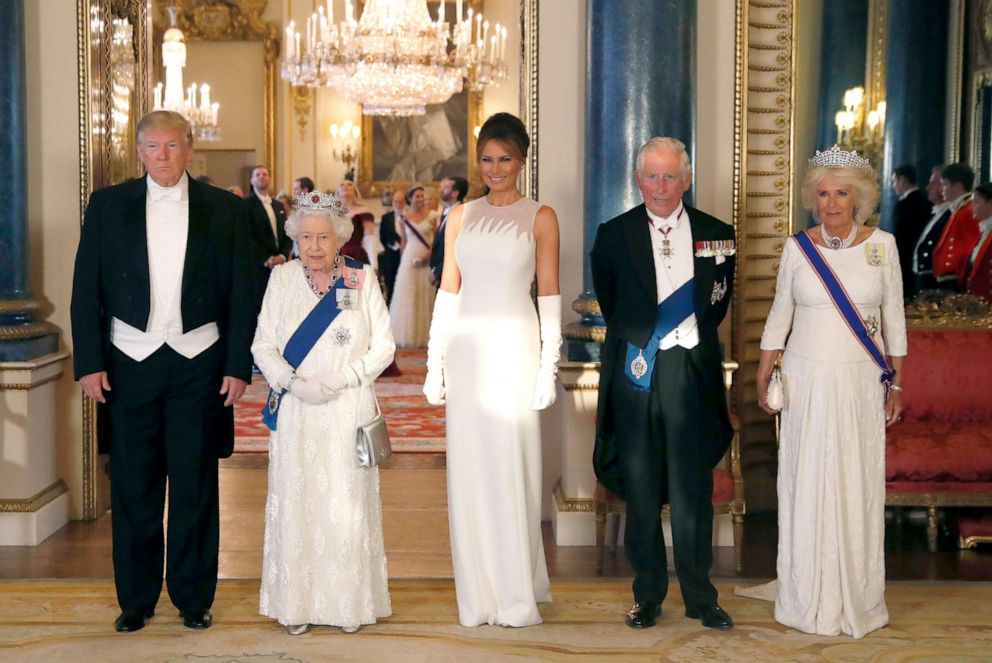 The queen wore a white gown by her personal dressmaker Angela Kelly that featured crystal centered daisies, and paired it with a burmese ruby and diamond tiara.

Although the president was visiting, the American Duchess Meghan was absent from the event as she is on maternity leave after giving birth to her first child last month. 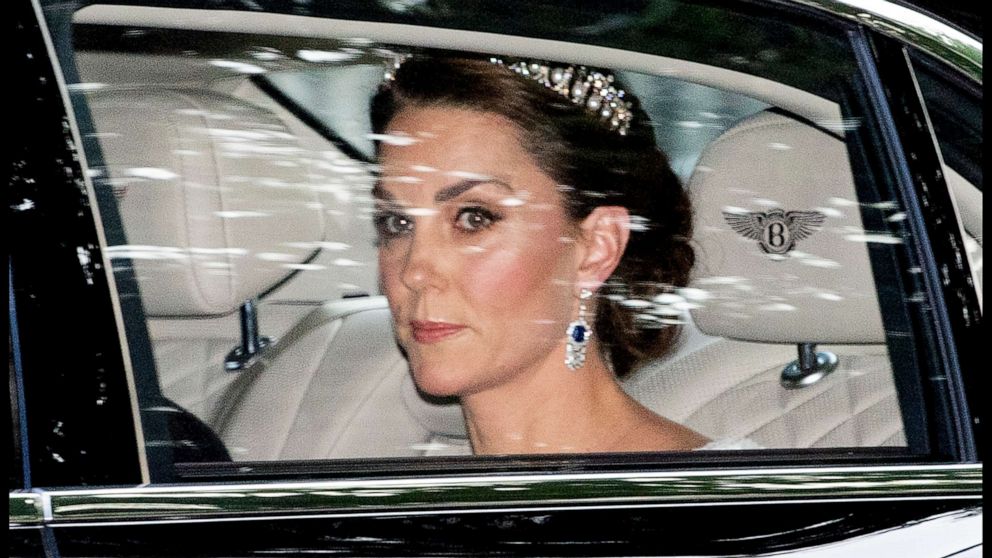 Andrew Parsons/i-Images/Polaris
Catherine, the Duchess of Cambridge arrives at Buckingham Palace for the State visit of President Trump and the first lady, June 3, 2019.