The renovations undertaken by Prince Harry and Meghan to turn Frogmore Cottage into their family home came at a price of 2.4 million pounds, or about $3 million, for British taxpayers, according to figures released today by the Royal Household.

Harry and Meghan, the Duke and Duchess of Sussex, moved into the home on the grounds of Windsor Castle estate earlier this year, ahead of the birth in May of their first child, Archie Harrison Mountbatten-Windsor.

Frogmore Cottage was given to the couple by Harry's grandmother, Queen Elizabeth II, last year as their official residence. The 18th century home was previously five separate residences used by royal staff and had not been fully inhabited in for several years. 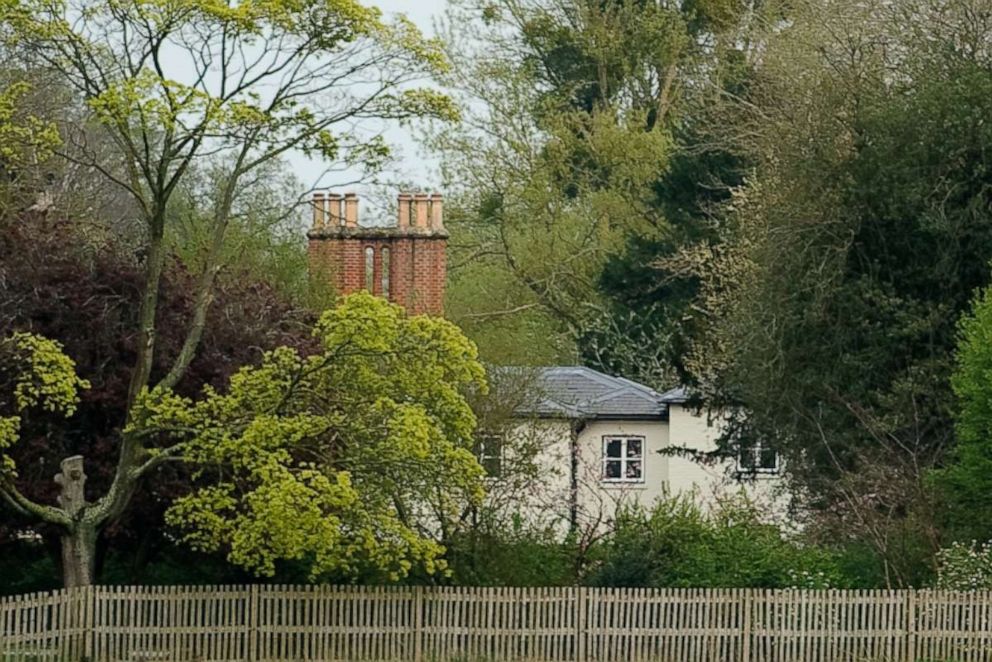 The complete overhaul of Frogmore Cottage to become the Sussexs' family home included installing new ceiling beams and floor joists, total internal rewiring, the establishment of new gas and water mains and the installation of a new environmentally-friendly heating system.

The total cost of the renovation project could be even more than the $3 million bill footed by taxpayers. Anything done inside the house, like furniture and decorations, would have been paid for by Harry and Meghan.

The couple relied on the expertise of interior designers Vicky Charles and Julia Corden, a guest at Harry and Meghan's wedding, who own their own firm, Charles & Co., headquartered in New York City, according to ABC News royal contributor Omid Scobie. 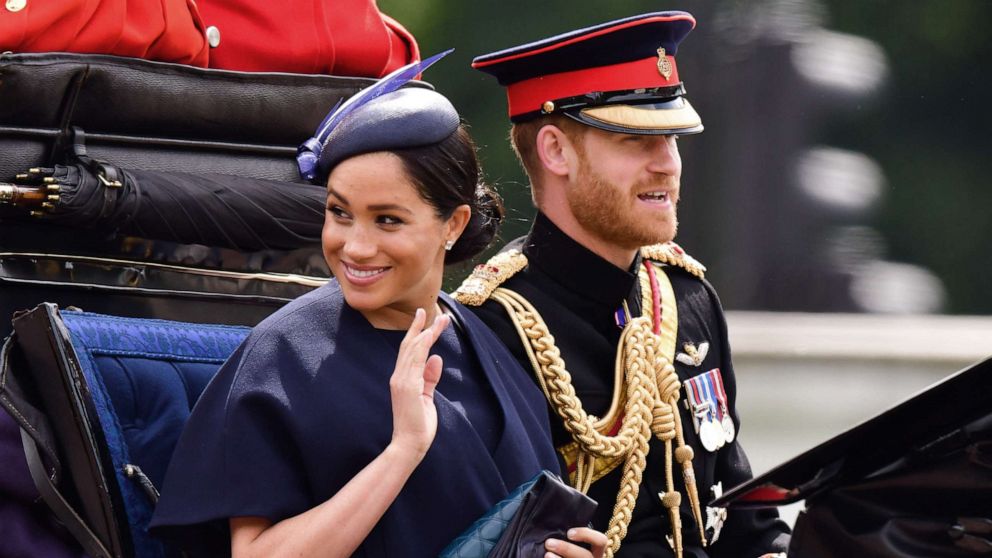 James Devaney/Getty Images, FILE
Meghan, Duchess of Sussex and Prince Harry, Duke of Sussex leave Buckingham Palace in a carriage during Trooping The Colour, the Queen's annual birthday parade, on June 8, 2019 in London.

The public renovation costs for Frogmore Cottage were detailed in the Sovereign Grant Report, the annual financial statement published by the Royal Household. The report, released Tuesday, covers the financial year 2018-2019.

Here are the biggest takeaways.

How much does the British royal family cost?

The Queen is funded, in part, by the British public through a sum of money allocated annually by the British government known as the Sovereign Grant.

Each British tax payer is paying £1.24, or $1.58, to keep the Queen in the style to which she has become accustomed, according to this year's Sovereign Grant Report. That means that the British government handed over £82.2 million ($104 million) to the Royal Household. 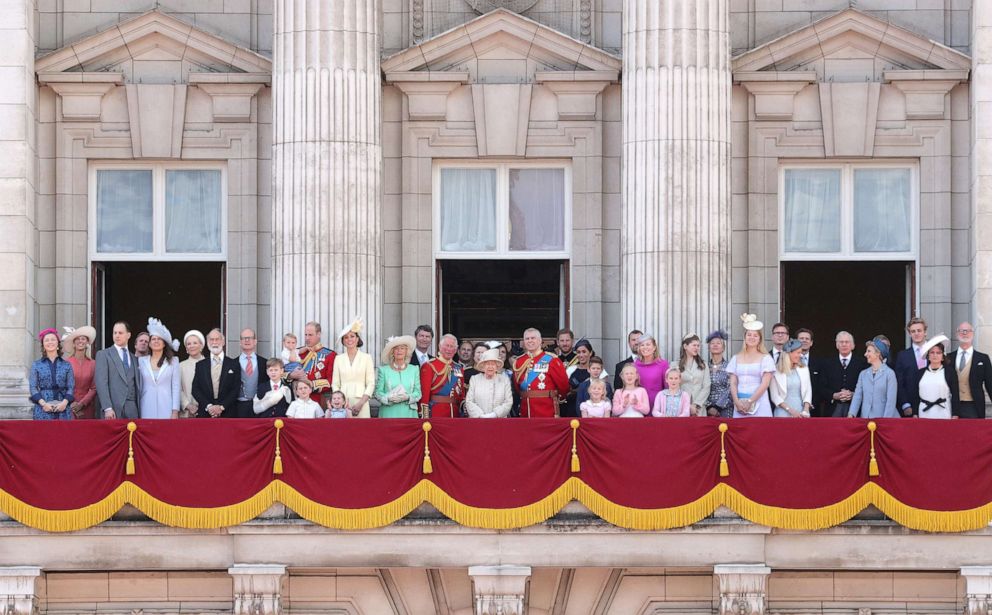 Chris Jackson/Getty Images, FILE
Members of the Royal Family stand on the balcony of Buckingham Palace to watch a fly-past of aircraft by the Royal Air Force during Trooping The Colour, the Queen's annual birthday parade, on June 08, 2019, in London.

What is the Sovereign Grant and what is it used for?

The Sovereign Grant supports Queen Elizabeth as she carries out her official duties as the Head of State and the Head of the Nation.

This money is used by the Royal Household to cover the costs of their communications teams (now including the newly-formed Sussex team), official travel for the royal family and the maintenance of occupied royal palaces like Buckingham Palace, St James’s Palace, Clarence House, Marlborough House Mews, the residential and office areas of Kensington Palace, Windsor Castle and the buildings in the Home and Great Parks at Windsor, and Hampton Court Mews and Paddocks.

It is managed by the financial secretary to the Queen, also known as the Keeper of the Privy Purse, who is currently Sir Michael Stevens.

What are the big spends?

The Sovereign Grants for 2018-2019 and 2017-2018 are substantially higher than previous years as they contain a contribution for the refurbishment of Buckingham Palace -- £32.9 million, nearly $42 million, has been set aside for this year.

A government-sponsored report from 2016 found that “the Palace's electrical cabling, plumbing and heating have not been updated since the 1950s. The building's infrastructure is in urgent need of a complete overhaul to prevent long-term damage to the building and its contents.”

Therefore, a certain amount of money has been allocated to these much-needed renovations that will take at least a decade to complete. This re-servicing is being done in phases with certain areas of the palace off limits while the repairs are taking place. This was apparently why President Trump and his family couldn’t stay in Buckingham Palace during their recent state visit.

Another figure in the Sovereign Grant Report that may cause some controversy is the cost of the royal train, £109,684, or approximately $140,000, for five journeys inside the United Kingdom.

Where else does the Queen’s money come from?

The Sovereign Grant only pays for a portion of maintaining the monarch. The Queen has two other sources of revenue: the Duchy of Lancaster and her own personal income.

"The Duchy of Lancaster is a portfolio of land, property and assets held in trust for the Sovereign in his/her role as Sovereign," according to the royal family's website. "Its main purpose is to provide an independent source of income, and is used mainly to pay for official expenditure not met by the Sovereign Grant (primarily to meet expenses incurred by other members of the Royal Family).”

The Queen also personally owns the Balmoral and Sandringham Estates, which were both inherited from her father. Any revenue coming from them will be used for personal expenses.

Similarly, she has a personal investment portfolio that she can use as she sees fit.

Queen Elizabeth has a net worth of £370 million, roughly $470 million, according to the Sunday Times Rich List, which ranks the fortunes of Britain’s wealthy.