"GMA's" Book Club pick for November is a beautiful and big-hearted story of people brought together by love, war and art. 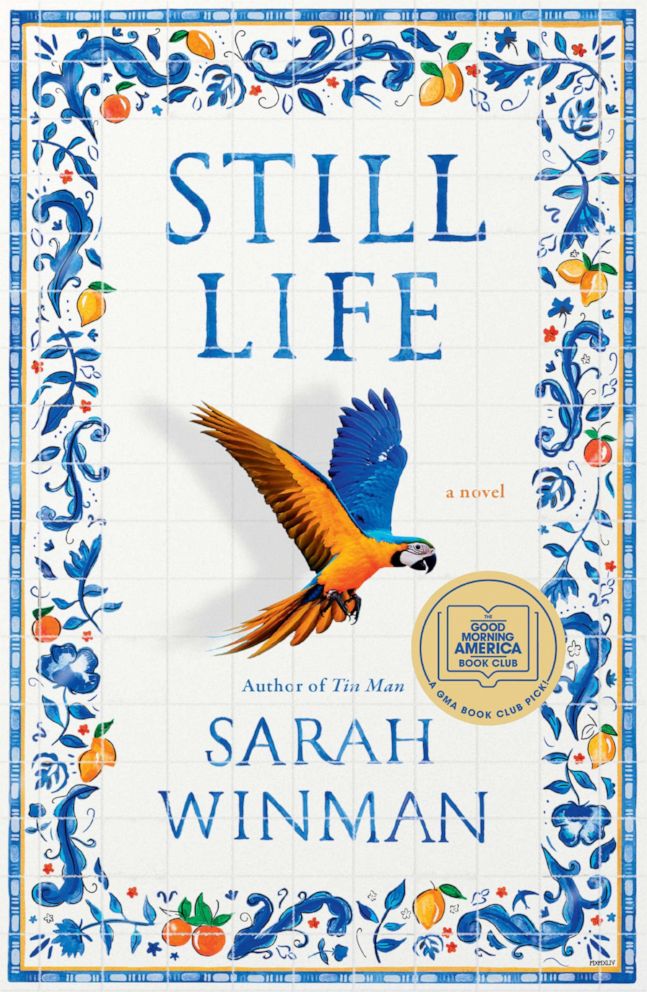 As Allied troops advance and bombs fall around them, two strangers meet and share an extraordinary evening together.

It's such a page-turner, Winman will draw you into the lives of her characters: Ulysses Temper, a young British soldier and one-time globe-maker, and Evelyn Skinner, a sexagenarian art historian and possible spy who has come to Italy to salvage paintings from the ruins and relive her memories of her youth.

Their meeting sets off a course of events that will shape Ulysses' life for the next four decades.

"The story moves from the Tuscan countryside to the East end of London, and then back to Florence," Winman told "GMA." "And it's marvelously queer." 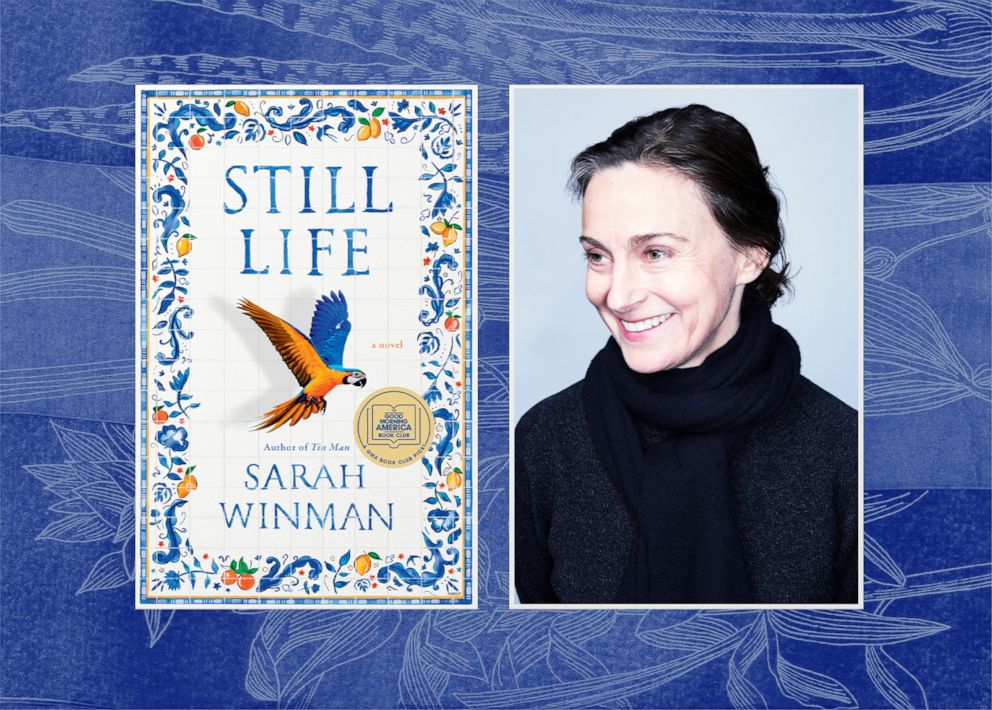 In a wood, somewhere between Staggia Senese and Poggibonsi, Allied troops were waiting to enter Florence. Dusk was looming, and through the trees came the sound of an accordion stolen from a factory near Trieste.

Standing by his jeep, peering into a broken mirror with the lower half of his face covered in soap, was a young man. He was running the blade carefully across his upper lip, avoiding the scar that had risen two years before.

He had blond hair that revealed a hint of red under the early-​­evening sun. No one in the family knew where the red had come from, both sides being dark, and his father often joked that the winter his son was conceived, he'd eaten his fill of beetroot. You were stained, his father liked to tell him.

His features were his mother's: Straight, slender nose, slightly longer than the required ratio of hairline to bridge, or chin to tip, that would have signified a face in perfect symmetry. Eyebrows at an upward angle conveyed a good listener, and his ears, though not wildly protruding, were definitely alert. When he smiled, which he did often, a dimple appeared in either cheek, which was immediately disarming.

His wife, Peg, said he should've been better looking seeing as he'd inherited all his mum's best bits. She'd meant it as a compliment, but her words danced both ways, hot and cold, kind and cruel, but that was Peg. Unknown to everyone, his apotheosis would come in later years. He would be a fairly handsome middle-​­aged man. An eye-​­catching elderly man.

The squeal of birds overhead delighted him. He and they had traveled hundreds of miles north against all odds to arrive at that place in time—swifts at the end of March and him in June—and the catalog of near misses and lucky escapes that had accompanied his journey across Africa, Sicily and up the Adriatic would have astonished priests and astrologers alike. Something had been watching over him. Why not a swift?

He looked at his watch and rinsed his face. He threw his pack and rifle into the jeep just as Sergeant Lidlow was coming out of the mess tent.

Where you off to, Temps?

Picking up the captain, Sarge.

Bring us back a bottle or two, will you?

Ulysses turned the ignition and the old jeep caught the first time. He drove into the hills, leaving behind the silhouettes of tanks and men. He passed different Allied divisions, young men like him worn old. The soft light moved with him across the groves and meadows, until the sky held only ripples of pink and the night chasing in from the west. He'd tried to practice ambivalence toward this land, but it was futile. Italy astonished him. Captain Darnley had seen to that. They'd traveled up the country together,mostly reconnaissance, but sometimes mere wandering. Through remote villages, seeking out frescoes and hilltop chapels.

A little over a month before, they'd driven up to Orvieto, a city built on a huge rock overlooking the Paglia valley. They'd sat on the bonnet of the jeep and drunk red wine out of their canteens as bombers roared overhead toward Mount Cetona, the boundary of Tuscany. They'd stumbled into the cathedral, into the San Brizio Chapel, where Luca Signorelli's masterpiece, the Last Judgment, could be found. Though neither of them was a believer, the images had still held them to account. Darnley said that Sigmund Freud had visited in 1899 and had somehow forgotten Signorelli's name. This he'd called the mechanism of repression and it became fundamental in Freud's The Interpretation of Dreams. God—but you probably know this already, don't you, Temps? And not waiting for an answer, Darnley marched out into the crisp June sun, leaving Ulysses giddy in the whirl of information, and in Darnley's unwavering belief in him.

The road straightened out and from the trees in the distance, a glint of light flickered across his face. He slowed and came to a stop with the engine running. He reached down for his binoculars and saw it was a woman standing by the roadside watching him through hers. She waved him down with an unlit cigarette, and when the jeep came to a halt, she cried, Oh thank God! Eighth Army? Just a tiny fraction of it, I'm afraid, said Ulysses, and she held out her hand.

Private Temper, said Ulysses. Where've you come from, Miss Skinner, if you don't mind me asking?

Good Lord, no! From that albergo behind the trees. Came up a week ago with a friend and stopped off in Cortona to assess the damage to the Francesco di Giorgio. Miraculously untouched. We've been waiting ever since.

I'm trying to contact the Allied Military Government. For what purpose, Miss Skinner?

To liaise with the Monuments, Fine Arts and Archives officers. They know I'm here, but they seem to have abandoned me. I'm an art histo‑ rian. I thought I could be of use once they've located all the works from the museums and churches. They've been sequestered around these hills, you know. All the masterpieces. The whole gang—even dear old Cimabue. But I suppose you know that, don't you?

Ulysses smiled. I did hear a rumor, Miss Skinner.

Do you have a light? she asked.

I wouldn't recommend it. Look what happened to me. And he pointed to the scar at the corner of his lip. Sniper, he said. A near miss. Evelyn stared at him.

But it hit you, she said.

But not the important bit, he said, tapping his head. Nearly took my lips off, though. Then where would you be?

Struggling with my plosives, Private Temper. Now, light me up. Please.

Excerpted from Still Life, by Sarah Winman, to be published by G.P. Putnam's Sons, an imprint of Penguin Random House. Copyright © 2021 by Sarah Winman. All rights reserved.