The Broadway hit "Hamilton" is coming soon to a TV screen near you.

The filmed version of the original Broadway production of "Hamilton" -- originally scheduled to hit theaters on Oct. 15 -- will now premiere on Disney+ on Friday, July 3.

"I can't think of another work of art in the last decade that's had the cultural impact of 'Hamilton,'" said Iger. "I just think it's brilliant and in these times to tell the story of people uniting together against forces of adversity I think is quite relevant and actually quite important."

"We like to tell great stories and I can't think of a better one to bring forward," he said.

MORE: 8 things 'Hamilton' fans may not know about the show

The "Hamilton" performance that will air on Disney+ was filmed over three days in July 2016 with the original cast, according to Miranda. 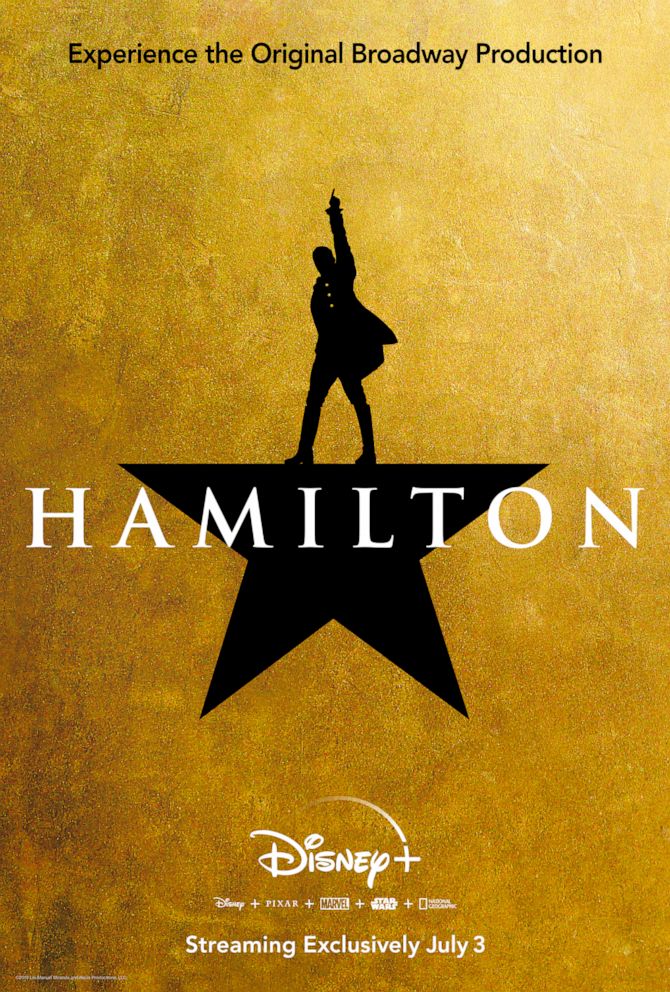 Disney
The filmed version of the original Broadway production of "Hamilton" will premiere on Disney+ on July 3, 2020.

"I can't say enough about what an incredible job our director Tommy Kail has done with the movie," he said. "He's basically given everyone at home the best seat in the house. It's a thrilling experience."

"He really threads the needle between these cinematic close ups and widening out and seeing the show from the center aisle of the Richard Rodgers Theatre," Miranda added. "I can't wait for you all to see it."

4:51
This surprise performance has us all up in our feelz.

"Just imagine having the best seat in the house," Miranda said of watching the original cast perform in the filmed version. "You're getting it from the director of the actual show and he knows exactly where to put the camera."

"It just captures that moment in time so beautifully and watching it brings me right back there with that incredible, once-in-a-lifetime company," he said.

"Hamilton" received a record 16 nominations at the 2016 Tony awards and won 11, including best musical.