Ahead of the show -- which was taped Monday in Nashville -- stars like Carrie Underwood, Maren Morris, Chris Stapleton and Luke Combs filed in to perform Vince's songs.

Each singer said they had a personal connection to him and his discography, and most said they began listening to him when they were young children.

MORE: Everything to know about the star-studded special to celebrate Vince Gill's career

"I remember hearing 'Don't Let Our Love Start Slippin' Away' I think probably at 4 or 5. My sister and I would choreograph dances to that song and 'I Still Believe in You,'" Morris told reporters at the event, adding that Gill's voice had a "magical resonance" with her from the start. 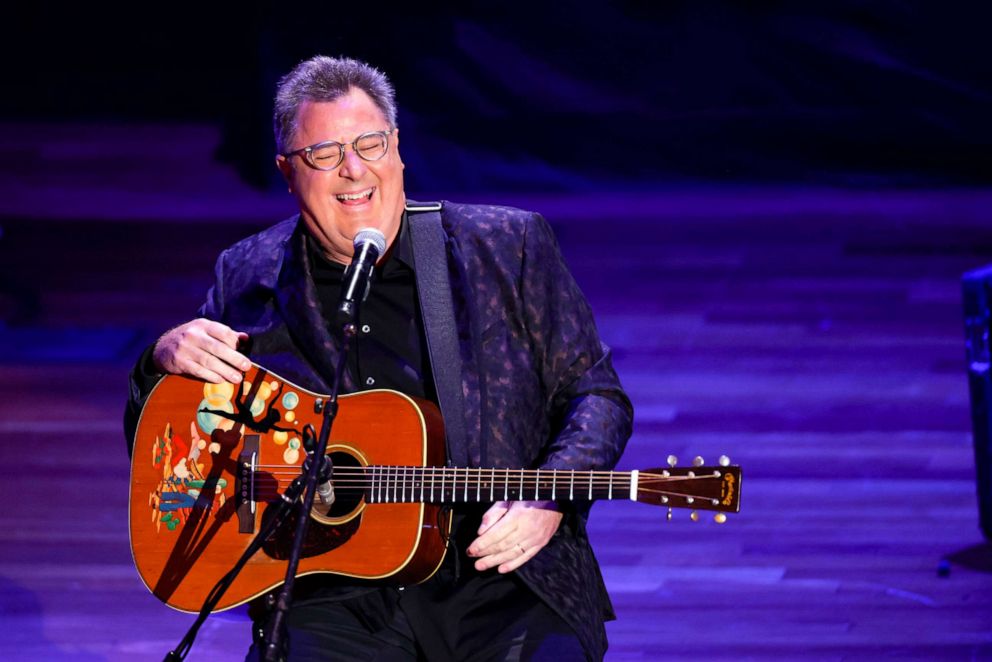 Combs told reporters that he also had a formative early childhood experience with "Don't Let Our Love."

"That song is just seared into my brain -- almost on a primal level," the "Doin' This" singer explained, adding that Gill's music was the soundtrack to his first experiences of loving music. "Vince was a monumental part of my entire musical existence, no doubt."

For his tribute, Stapleton selected "Whenever You Come Around," a song that's special to him because he's been covering it since his early days.

"I've always loved it. Just one of my favorites," he said. "I used to sing it in bars, when nobody was listening."

"It's just so beautiful, right? It's pretty rare to have a male with such a gorgeous voice," she shared. "He's got some of the most beautiful ballads in country music ever."