Luke Combs and his wife Nicole are expecting their first child in the coming months, and Luke admits he's a little anxious about becoming a dad.

During his appearance on the Grand Ole Opry this weekend, the award-winning country singer opened up about the learning curve of becoming a parent.

"I'm a little nervous. You got a lot of stuff to do. I got a lot on my plate that I don't even realize is on there yet. I'm uncovering things every day; I'm buying all kind of clothes I didn't know existed," the artist explained, joking that he hopes to find his favorite style of Columbia shirts in newborn size.

Luke and Nicole have started putting together a nursery for the arrival, with Luke admitting he had never heard of a bassinet.

He's also reached out to friends for advice with the question, "What do I need to be doing right now?"

"I realized the baby doesn't need me at all. I'm just there to clean stuff, I think, is kind of the idea. When it comes out, it's like, 'Why are you mouth breathing all over me? I don't need you to be around,'" he joked. "We're excited." 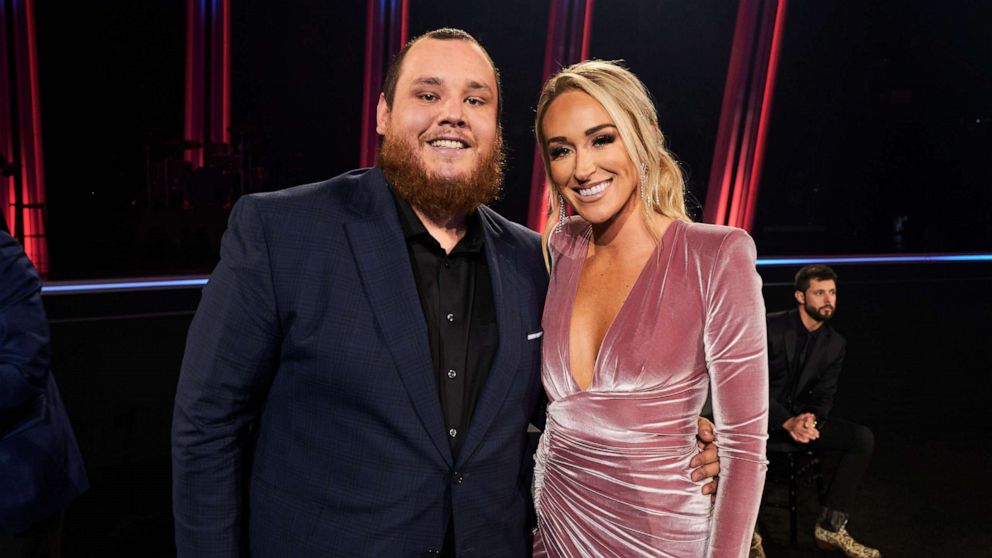 Combs announced in January that he and Nicole are expecting a baby boy sometime in the spring.

In the singer's announcement, he wrote: "Here we go y’all! Lil dude Combs is coming this Spring! Couldn’t be more excited to start a family with this babe. It’s gonna be a hell of a ride @nicolejcombs"