Macklemore is on a mission to help those struggling with drugs and addiction.

In an interview with “Good Morning America,” the rapper, whose real name is Ben Haggerty, who is known for his chart-topping hits like “Can’t Hold Us” and “Thrift Shop,” candidly spoke about his own struggles with addiction and the importance of seeking help.

“I’ve been close to death too many times to count and it’s scary,” he said. “I choose life over death, I choose happiness over depression, I choose fulfillment over trying to fill an empty void. I got tired of being sick, I got tired of feeling like I didn’t have a reason to wake up in the morning. I have purpose now. Those are all things that drugs and alcohol strip away from me immediately.” 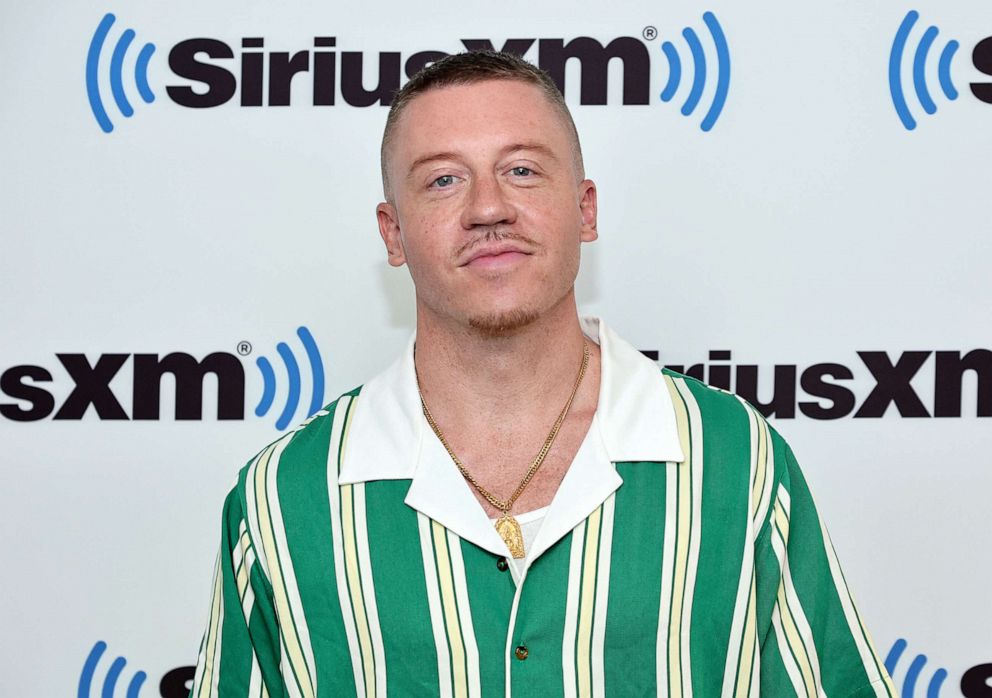 The singer and father of three is no stranger to sharing his sobriety journey. In the song “Starting Over” from his 2012 album, “The Heist,” Macklemore details how he got sober in 2008 but relapsed. That same year, Macklemore opened up about his subsequent struggles with addiction in the documentary, “Jabari Presents: Macklemore and Ryan Lewis.”

“I think that I’ve had many rock bottoms, I think the first one being the one that led to my rehab in 2008,” he said. “I had been doing Oxycontin. I couldn’t stop. I wasn’t happy. I was definitely gambling with my life. But I’ve had numerous relapses since then, and I think each one of them is equally painful.” 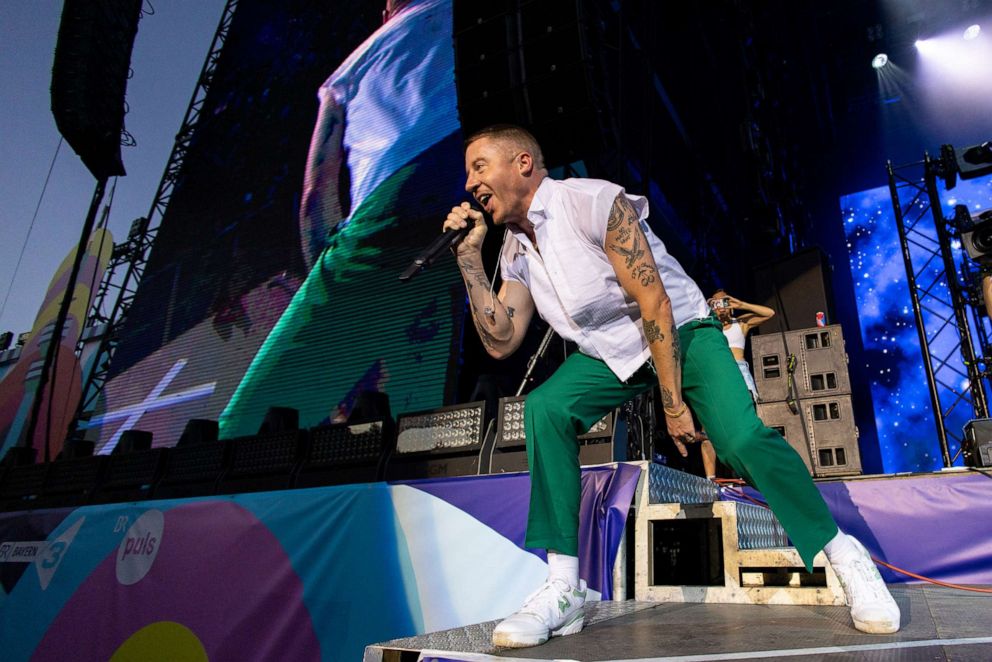 Joshua Sammer/Getty Images for Superbloom
Macklemore performs live on the second day of SUPERBLOOM Festival 2022, on Sept. 4, 2022, in Munich, Germany.
Editor's Picks
MORE: Macklemore says 'not staying sober has been the worst' part of his music career

Over the years, Macklemore continued to put a spotlight on his own experience with addiction by bringing awareness to substance abuse in the U.S. In 2018, he performed at Recovery Fest in Rhode Island, a drug- and alcohol-free concert formed to support organizations helping combat opioid addiction.

At the height of the opioid epidemic in 2016, when opioid overdoses accounted for more than 42,000 deaths in the U.S., as reported by the “U.S. Department of Health and Human Services, the rapper appeared in former President Barack Obama’s weekly address to call for more action to help those addicted to prescription pain medicines.

“I could have just stayed silent,” Macklemore said. “I wanted to speak up. I wanted to use my platform, I wanted to make music that talked about my journey with addiction and with recovery.”

MORE: Macklemore opens up about his 2020 relapse to Dax Shepard: 'The disease of addiction is crazy'

One day at a time

In July, Macklemore shared with his followers on TikTok that he relapsed in 2020 during the first summer of the COVID-19 pandemic. While he has been sober since, Macklemore wants others to know that recovery isn’t linear.

“Something that’s so important in recovery is time,” Macklemore said. “What I’ve realized along the way is that it’s one day at a time. It’s how am I showing up today. I can't get back that relapse from two years ago. I also didn't lose what I had before that. And I think that that's something that we kind of like beat ourselves up with the guilt and shame part of it is like, ‘Oh, my God, I lost this time, I lost my date. And now, I have to, I have a new date. And I have to start over’ -- It's not all starting over, it's not all lost. And you didn't lose the time that you had. You just got a new clean date. And that's how I look at it.”

For Macklemore, recovery to him looks like having a service outlet where he’s helping others, speaking about addiction, going to meetings, and being an active member of the recovery community.

“I didn’t realize that there was this massive recovery community of people that had the same disease as me, that spoke the same language, that were there to help and show up and greet me with a hug even if I relapsed, that they understood, that there was no judgment,” he said.

With September marking National Recovery Month, Macklemore, who was named the creative director of Yerba Maté brand CLEAN Cause earlier this year, designed an exclusive can with the brand, in which 100 percent of the proceeds will go to addiction and recovery housing scholarhsips (typically, the brand donates 50 percent). 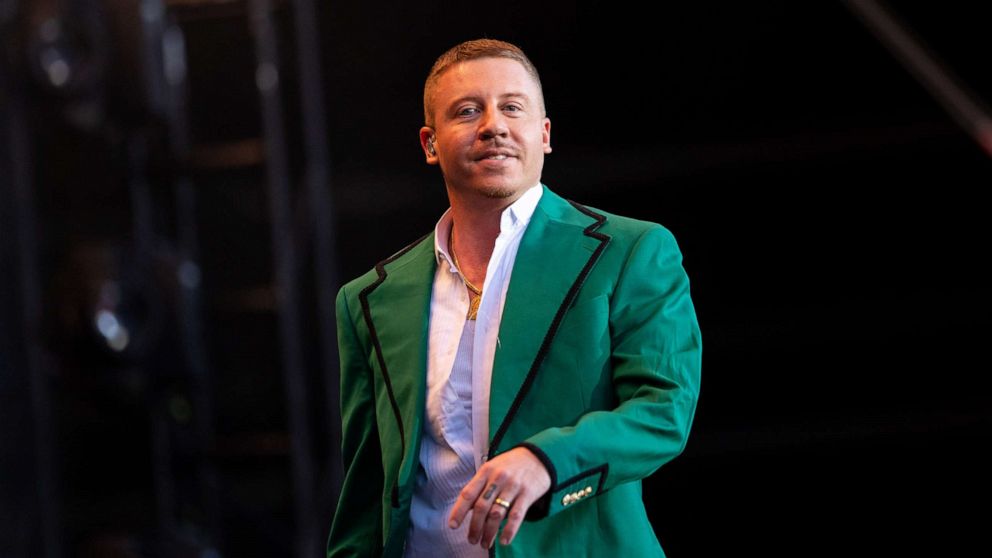 Joshua Sammer/Getty Images for Superbloom
Macklemore performs live on the second day of SUPERBLOOM Festival 2022, on Sept. 4, 2022 in Munich.

“They have the mission of helping other people and they’re taking a step forward and making it about actually serving a community that is so drastically in need of funding,” he said. “It’s been so cool to work with them as a creative director, to just feel that spirit of people that are actually out there wanting to change the world and seeing that we have so much work to do and actually putting money and resources behind others that need help.”

“In 2008, the idea of speaking about the disease of addiction, as a disease, hadn’t really become commonplace,” he added. “Mental health, therapy -- all of these ways that now, today in 2022, are more used phrases or ways in seeking help, hadn’t really been discussed publicly and I leaned into it. I think that when we do that and we share openly and honestly, then the stigma lessens and the disease of addiction is put at rest momentariy when we’re talking about it.”