Fiona Davis is a New York Times best-selling author of six novels, including "The Lions of Fifth Avenue," a "GMA" Book Club pick in 2020, and the new novel, "The Magnolia Palace." Two years ago, the 55-year-old author learned she had Parkinson's disease.

Parkinson's is a neurodegenerative disorder that affects dopamine-producing neurons in a specific area of the brain, according to the Parkinson's Foundation There is no cure for Parkinson's, but treatments such as medication and surgical therapy can help control symptoms.

In an essay for "Good Morning America," Davis writes about her life-changing diagnosis and how she's been coping. 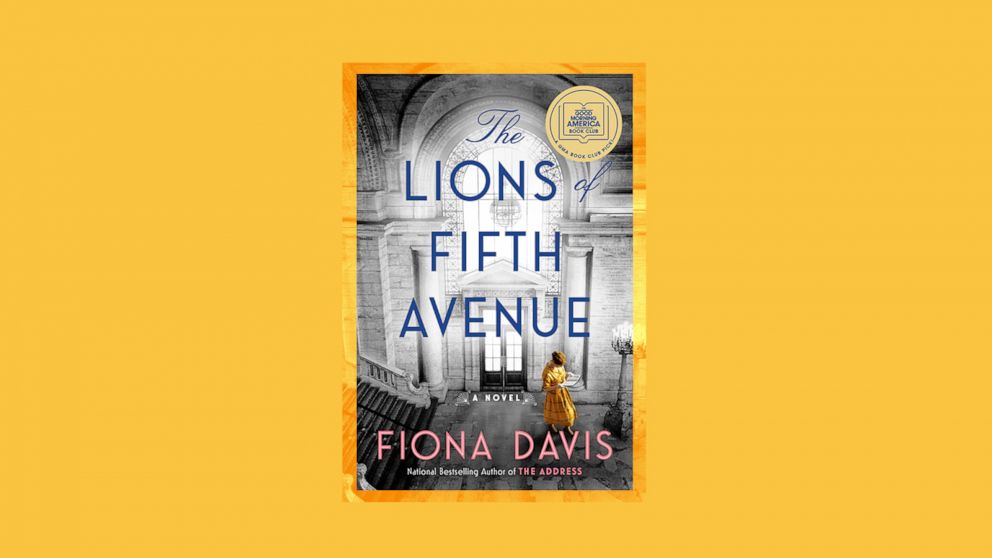 Several years ago, as my now ex-husband and I drove back from a failed weekend away -- a last-ditch attempt to save our marriage -- he misjudged a slow turn off the highway, careened into a curb and cracked the axle of our car. It was the last drive we ever took together and the car was not the first thing he'd broken. The most important was my trust, which he'd chipped away at with a series of lies and infidelities. But it wasn't until I saw the mangled fender that I vowed to myself that from then on, I would be in control of my life instead of at the mercy of others.

Five years later, I met Greg and fell madly in love. During COVID, we moved in together, spending most of our time at a house I'd bought just north of New York City, and heading back once a week to our respective apartments to water plants and get mail. The route involved a long stretch on the winding Saw Mill River Parkway, which was built a hundred years ago for leisurely drives to the country at thirty miles per hour, and which, to me, in 2020 going sixty, was a serpentine death trap.

My tangled nerves in the passenger seat hadn't dissipated with the end of the marriage. While I'm perfectly fine behind the wheel of a car, as a passenger, I had become that annoying person no one wants to drive with: hitting the imaginary brake with my right foot, clutching the arm rest as if it were a lifeline. As we drove down the parkway, cars wildly merged in from the right while others flew up fast from behind. Greg -- who I trust completely, love dearly and has way better reflexes than mine -- stayed perfectly calm as I gasped, gripped and stamped. I tried to stifle my impulses but that only made it worse.

And then there was the twitch. For the past couple of months, I'd noticed my hand shaking as I held my phone and more recently, the twitch had crawled up my entire arm. It was as if there were a tiny man stationed inside my shoulder, rocking the joint back and forth in a rolling motion. It felt weird. I'd written it off to stress -- I had a book coming out in a few weeks -- but I'd noticed that during car trips it wiggled like crazy.

During one trip, the traffic merged into a single lane due to roadwork. I was convinced Greg was speeding up instead of slowing down, preventing the car ahead from switching into our lane and surely ending in a fiery accident. I screeched something along the lines of "You always do this! Let him move over!" Perhaps not the best way to communicate my concern.

He stayed perfectly calm as the car eased in front of us and I quickly apologized. He didn't look me in the eye, and spoke in an even tone. "I'll just find somewhere to pull over and you can drive."

At which point I burst into tears. "It's not you," I said. "It's my arm." The entire trip I'd been trying hard to relax it, to make it stop. To control it.

Control means a lot to me. My family moved around a lot when I was young, and not knowing what was going to happen the next day or the next month turned me into an anxious kid. I laid out my school outfits the night before and was a straight-A student who never missed an assignment. As an adult, I created a life that suited my nature perfectly. I became an author, setting my own hours and writing novels in my home office. I held a delicious control over every character: I decided if they were happy or sad, whether they lived or died. Glorious.

A few weeks after my screechy car debacle, I got a call from my agent and editor with great news: my latest book had hit the New York Times bestseller list. The next day, still buzzing from that high, I went to a neurologist. Now that the hard work of bringing a book into the world was over, I finally could be told that this was all in my head. The doctor had me perform several easy physical tests -- falling backward and catching myself, pushing on her hands -- and I aced every one. "Nice," she said, after each accomplishment. I admit I was quite proud of myself, always the overachiever.

Then she sat me down. "It looks like Parkinson's."

Turns out that Parkinson's typically strikes in the 50s and 60s, so actually, no, I'm not. My only symptom, a "rolling" tremor, is typical of the disorder, which can't be diagnosed by a blood or genetic test, only by a physical and neurological examination by movement disorder specialist. Currently, there's no cure.

I dove into researching the disease just as I do for my books and learned a lot. Turns out it's caused by nerve damage in the brain that lowers dopamine levels and over time, the four major symptoms -- tremor, stiffness, slow movement and balance problems -- only get worse. However, I also discovered that everyone's journey on the Parkinson's roller coaster is different. That tremors can be controlled with medication and that high-intensity exercise appears to slow the progression. I spoke several women who'd been diagnosed at my age and ten years later were still going strong.

I signed up for boxing classes, vowed to work out six days a week and do everything I could to take care of myself. Which included letting go of the illusion of control. Eventually, I may be no longer able to get "behind the wheel" -- of my car or of life in general -- the one thing I was determined to avoid. Yet that realization is surprisingly liberating. Now that I simply don't know what will happen ten years from now, or even five, every day that I'm up and moving around is a gift. It's freeing to twitch without self-consciousness (at the moment, medication helps control it quite effectively), and instead be grateful for how terrific my life is. Grateful for going on a hike with Greg or working on a new book.

Or to be sitting in a car as it careens down the Saw Mill River Parkway, knowing that sometimes it's okay to be the passenger, instead of the driver.

Davis' new book, "The Magnolia Palace" is available now wherever books are sold.

'The Magnolia Palace' by Fiona Davis

Fiona Davis, New York Times best-selling author of The Lions of Fifth Avenue, returns with a tantalizing novel about the secrets, betrayal, and murder within one of New York City's most impressive Gilded Age mansions.