Capturing the intricacies, personal details and love story wrapped inside Jonathan Irons' fight for justice with the help of WNBA star Maya Moore, is no small feat. But award-winning documentary filmmaker Rudy Valdez has done just that with his new ESPN 30 for 30 documentary, "Breakaway."

The couple and Valdez joined "Good Morning America" on Tuesday to share more of the story and how they hope this new lens beyond the headlines will affect positive change. 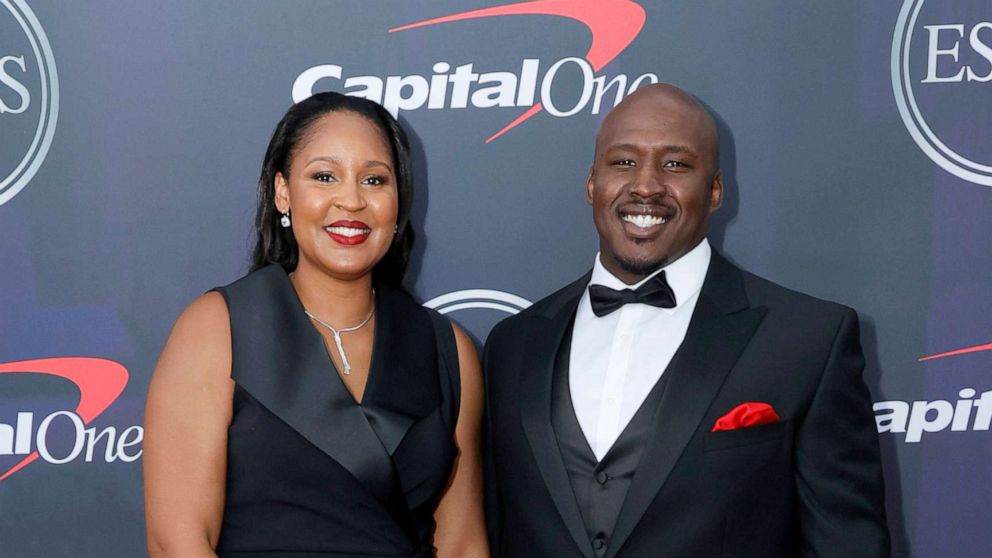 Moore, who received the Arthur Ashe Award for Courage at the ESPYs on Saturday for her work with criminal justice reform, said this powerful story will likely resonate with a lot of different people.

"I think it's such a human story, and part of my desire to share was I really felt like people can find themselves in this story," she said. "Whether they're connecting with Jonathan's struggle or his fight, or if you're also an athlete like I am, or just relating to my family members ... you can find yourself in this story, and I hope it can encourage people from all walks of life."

When Irons was 16 years old, he was tried and convicted as an adult by an all-white jury for the burglary and shooting at the home of 38-year-old Stanley Stotler. Irons maintained his innocence while he was in prison, saying he was wrongly identified during the lineup.

After years of fighting, a Missouri judge overturned Irons' conviction in March 2020, saying there were problems with the way the case had been investigated and tried -- including a fingerprint report that would've proved Irons' innocence not being turned over to his defense team.

The Emmy Award-winning director had a close personal tie to Moore and Irons' story, with his previous film "The Sentence," which focused on Valdez's own fight to free his sister from prison.

"It's the foundation of who I am as a storyteller," Valdez said of his first film. "I wanted to go around that and tell a very personal human story about what it means to incarcerate somebody for an extended amount of time. And what that does to the community and families left behind."

He said he took everything from that experience and kept it in mind for "Breakaway" to help tell Irons' story.

"I immediately I wanted to get past the headline -- not to sidestep how wonderful and legendary a basketball player Maya is," he said. "I knew that there was something around the corner of that headline. And at its core this film is about a human being believing in another human being."

As he unfolded more layers about the couple, who married in 2020 amid the pandemic, Valdez said he found "this agency -- these two people, this family that are heroes in their own story."

.@MooreMaya is the recipient of the Arthur Ashe Courage Award.

Her story of sacrifice, courage and strength will forever inspire ❤️ pic.twitter.com/81MkFYBoVv

"I wanted to tell that version of the story, because I think that the hearts and minds are what's going to help change these laws and help change people's perspective on incarceration and people who are incarcerated and families of those incarcerated, so I feel very fortunate to have been able to tell this story," the filmmaker continued.

Irons shared the range of emotions that he's felt since coming out of prison, marrying Moore and starting a new life.

"It's like being awakened -- or coming back to life again after almost living in a frozen land," he said. "Coming out in society and just being embraced with love and goodness and just people embracing me and wanting to encourage me and check on me. It matters. I want that for other prisoners that come out of prison and people that are wrongly convicted."

Four-time @WNBA champion. Two-time Olympic gold medalist. One incredible tale. @MooreMaya and Jonathan Irons' story is told in our next @30for30. pic.twitter.com/K8QqCVLvJp

Irons added that he has not felt the same stigma that can come with that transition, hailing his wife for her unwavering support.

"I'm so grateful to be married to Maya, she's been instrumental in my transition and just helping me understand the world and society," Irons said.