The pair joined "Good Morning America" Wednesday to share exclusive details of their unique love story that blossomed out of friendship after she helped free him from prison following his wrongful conviction 23 years ago. 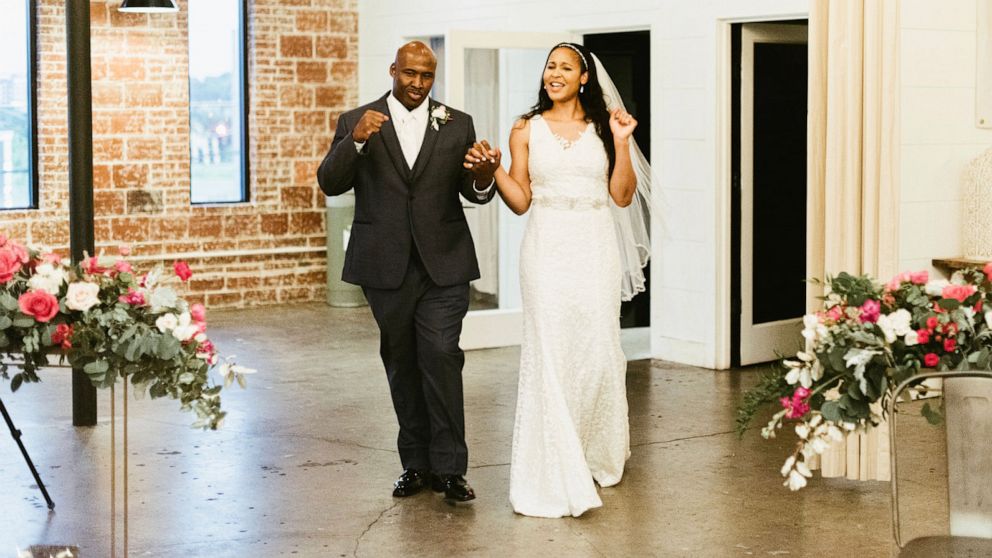 Kayla Johnson
WNBA star Maya Moore and her newlywed husband Jonathan Irons on their wedding day two months after he was released from prison.

"We wanted to announce today that we are super excited to continue the work that we are doing together, but doing it as a married couple," Moore said. "We got married a couple months ago and we're excited to just continue this new chapter of life together.

While the couple's nuptials were celebrated during the ongoing pandemic, Moore said it did not take away from the momentous occasion.

She said that the guests were masked and socially distanced, but the main thing was they were able to get married with some of their closest friends and family.

Moore, 31, said that the romantic feelings progressed gradually over time, since they first met through a prison ministry program when she was 18 years old.

"Over the last 13 years we have just developed a friendship and just entered into this huge battle to get him home and just over time it was pretty clear what the Lord was doing in our hearts and now we're sitting here today, starting a whole new chapter together," she said.

She said what she loves most is her husband's ability to rise above the chaos of his surroundings, as well as his faith in God.

Even though Irons told her he wanted to be close and remain friends, he also revealed his love for her while still at Jefferson City Correctional Center and that he wanted her to marry him, but said, "don't answer right now." 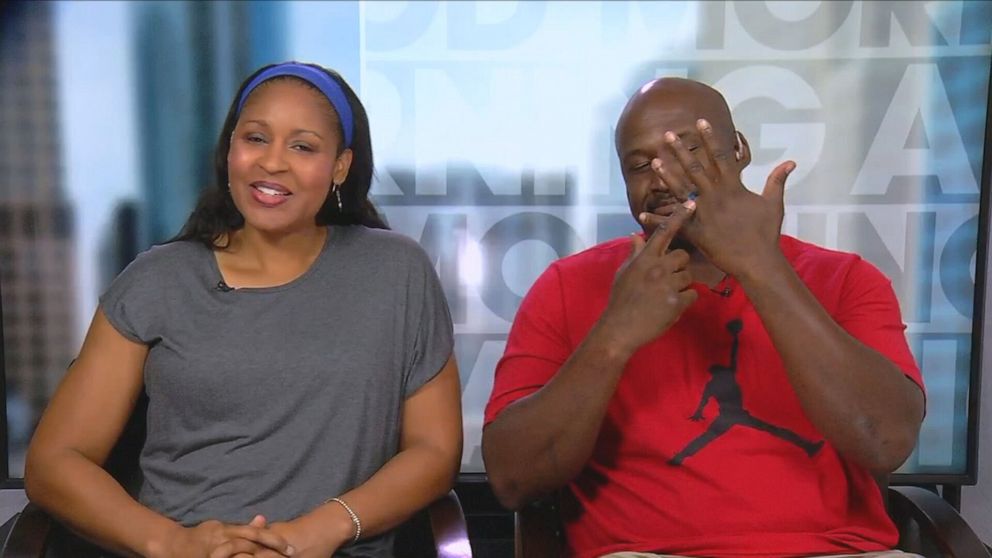 "I wanted to marry her but at the same time protect her because being in a relationship with a man in prison, it's extremely difficult and painful. And I didn't want her to feel trapped and I wanted her to feel open and have the ability any time if this is too much for you, go and find somebody. Live your life. Because this is hard."

He said the moment he finally popped the question was worth the wait.

"When I got out we were in the hotel room we had some friends in the room, it was winding down and we were extremely tired, but we were still gassed up on excitement," Irons recalled. "It was just me and her in the room and I got down on my knees and I looked up at her and she kind of knew what was going on and I said, 'will you marry me,' she said, 'yes.'"

When Irons was 16 years old, he was tried and convicted as an adult by an all-white jury for the burglary and shooting at the home of 38-year-old Stanley Stotler. Irons maintained his innocence while he was in prison, saying he was wrongly identified during the lineup.

After years of fighting, a Missouri judge overturned Irons' conviction in March, saying there were problems with the way the case had been investigated and tried -- including a fingerprint report that would've proved Irons' innocence, not being turned over to his defense team.

While Irons, now 40, has spent most of his life in prison for a crime he didn't commit, he said he doesn't feel resentment toward the man who wrongly identified him, and said that Stotler is a "victim" as well.

The couple said they are currently enjoying a playful, joyful life in the new normal together riding bikes, playing frisbee and other free activities that both haven't been able to do in a while.

Moore and Irons are also currently focused on spreading the word about local elections for voters to make a real impact in their communities through Win With Justice's "Get Out the Vote" campaign.

"We're basically trying to just educate the public -- get them engaged in the voting process and just being more involved in what's going on with our country and our government and local jurisdictions, prosecuting offices," Irons said, adding that they want people "to be aware and pay attention because if you don't pay attention, things can get out of hand and become harmful to our country."

He also explained that they hope to help others who have been wrongfully convicted that don't have the "same resources or the blessings that I have been blessed with."

"Hopefully I can continue to do and whatever else, you know, that we can contribute to the fight because it's a big fight and the more hands involved makes the work easier. So we're doing our part," he said.

While Moore has taken some time off the basketball court, she said she is "still trying to be so present in this second year away from the game."

"I'm hoping sometime in the spring we'll be able to have a next step moving forward, but right now I am trying to really just breathe from this long, long battle and enjoy and rest," she said. "There's a lot of unknowns for a lot of us right now so I'm still in that camp."

"GMA" anchor Robin Roberts announced in her interview with the newlyweds that her production company Rock'n Robin productions has teamed up with ESPN films to produce a documentary about Maya and Jonathan's story.