The 14-year-old speller from New Orleans spoke to "Good Morning America" hours after being crowned the winner of the 2021 Scripps National Spelling Bee. 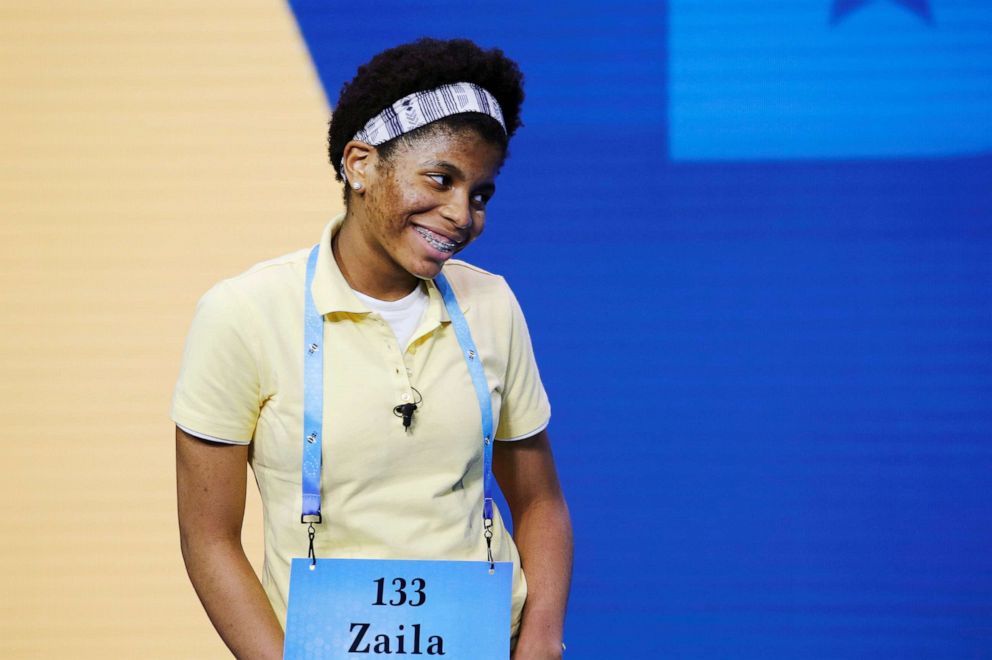 "It felt like really good to become a winner simply because of the fact that I've been like working on it for like two years and then to finally have it like the best possible outcome was really good," Avant-garde told "GMA."

With her history-making moment as the first African American champion, Avant-garde said: "I'm hoping that in a few years I'll see a whole lot more African American females and males too doing well in the Scripps Spelling Bee because it's kind of sad how there's like a great lack of those people."

It was the smile and twirls for us! After tying for 370th place in 2019, #Speller133 Zaila Avant-garde wins the 2021 Scripps National Spelling Bee.

Congrats to all of our spellers. We're proud of everyone's poise and courage in facing the dictionary. #SpellingBee #TheBeeIsBack pic.twitter.com/wHfYeU4CNl

Avant-garde earned the prestigious title in round 18, defeating 10 other finalists when she correctly spelled "Murraya," defined as "a genus of tropical Asiatic and Australian trees having pinnate leaves and flowers with imbricated petals."

"Zaila demonstrated incredible mastery of the English language with poise and perseverance. The excellence of all of our competitors, their hard work and commitment to learning, and their distinct stories, capture hearts and minds across the globe,” Symson said. “We take great pride in the way the Scripps National Spelling Bee, like so many of its spellers, adapted through difficult circumstances over the last year to safely bring back America’s favorite and longest-running educational competition.”

On her path to the 2021 championship moment, Avant-garde was one of 209 national qualifiers this year and advanced through three levels of virtual competition: the Preliminaries on June 12, the Quarterfinals on June 15 and the Semifinals on June 27.

As the champion, Avant-garde received a $50,000 cash prize, commemorative medal and the Scripps Cup, the official championship trophy of the Scripps National Spelling Bee. She also earned $2,500 cash prize and reference library from the Bee’s dictionary partner, Merriam-Webster. Finally, she won an additional $400 of reference works from Encyclopædia Britannica and a three-year membership to Britannica Online Premium.

Avant-garde is the first Black American to be crowned winner of the Bee.

She holds three Guinness World Records for dribbling and has played basketball since she was 5 years old.

This was her second time participating in the national finals. The first was in 2019.

She is the first speller from Louisiana to win the title.