Meghan Markle, the Duchess of Sussex, returned to her acting roots in her first official visit to the National Theatre since succeeding Queen Elizabeth II as its patron.

The Duchess of Sussex seemed right at ease with fellow actors as she watched a performance, took part in a workshop and met with actors and staff.

On her first visit as Patron The Duchess of Sussex is finding out more about the @NationalTheatre's work with arts and community organisations across the UK using theatre as a force for change. pic.twitter.com/oIlj4XvJJk

Queen Elizabeth passed the patronage of the National Theatre on to Meghan after holding the role for 45 years.

The Duchess of Sussex meets current and former @NationalTheatre apprentices — the NT launched its apprenticeship and trainee programme in 2011, which combines studying for formal qualifications alongside practical training. pic.twitter.com/zQzZfWZZG3

Meghan, 37, worked full-time as an actress in the U.S. and Canada before she wed Prince Harry last May. She was best known for her role in "Suits," the hit drama in which she played lawyer Rachel Zane. 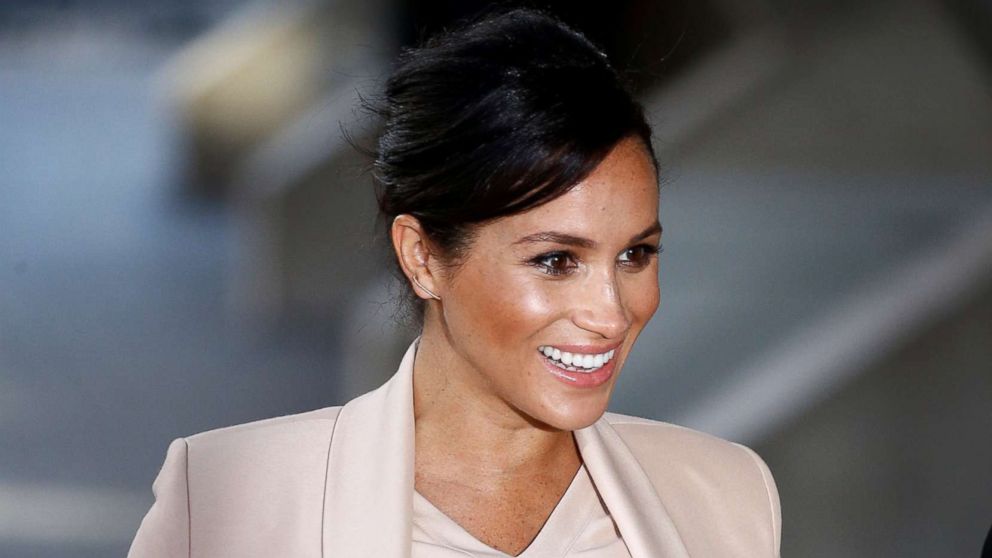 Meghan also grew up around acting and Hollywood. Her father, Thomas Markle, from whom she is estranged, was a lighting director on the hit TV show "Married... With Children."

The Duchess of Sussex, who is expecting her first child with Prince Harry this spring, paired a blush pink dress and blazer by Brandon Maxwell with a micro Carolina Herrera clutch for her visit Wednesday. 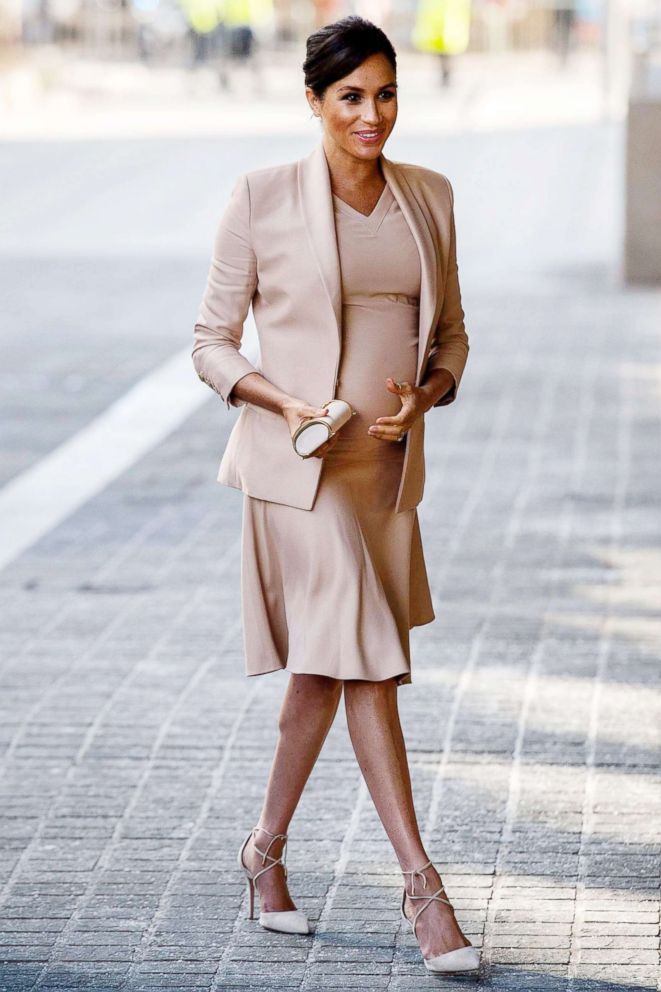 Will Oliver/EPA via Shutterstock
Britain's Meghan, Duchess of Sussex arrives at the National Theatre in London, Jan. 30, 2019.

The National Theatre is the third charity Meghan has visited since announcing her four patronages earlier this month.

Meghan also took over as patron of the Association of Commonwealth Universities from Queen Elizabeth. She is also patron of SmartWorks, a charity that helps women get back on their feet, and Mayhew, an animal charity.

Meghan's four patronages "reflect the causes and issues with which she has long been associated including the arts, access to education, support for women and animal welfare," Kensington Palace said in a statement when they were announced.