Meghan Markle, the Duchess of Sussex, marked another first in her eight months as a member of Britain's royal family.

Meghan, who wed Prince Harry in May and is expecting their first child in the spring, is becoming the royal patron of four charitable organizations, taking the reins of two groups from Queen Elizabeth II, Kensington Palace announced Thursday.

Meghan jumped in right away and for her first public event as patron visited Smart Works, a charity that focuses on helping women.

Meghan, 37, joined a discussion Thursday with volunteers and women who have succeeded in job interviews with the help of Smart Works. She also helped a woman style an outfit for a new job.

In the @SmartWorksHQ Dressing Room, The Duchess helped Patsy style an outfit for her new job.

The award-winning charity helps unemployed women in their upcoming interviews by offering them an outfit to wear and 1:1 coaching. pic.twitter.com/BZHDK01FeF

It is not surprising that Meghan chose a women-focused charity as one of her patronages and as her first event.

The California native is a self-described feminist who advocated for women long before becoming a member of the royal family. 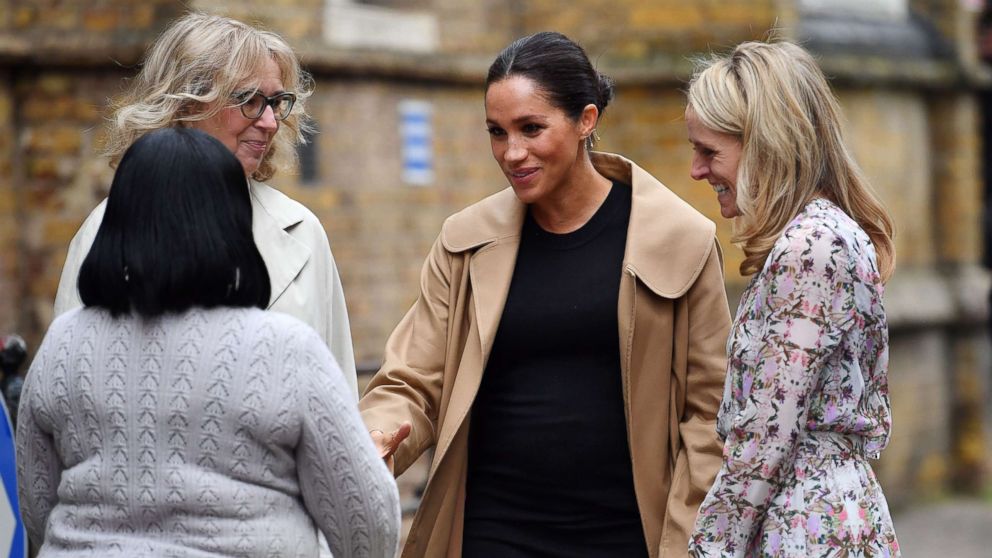 Ben Stansall/AFP/Getty Images
Meghan Markle, Duchess of Sussex arrives at St Charles hospital in west London to visit Smart Works, a charity to which she has become patron, Jan. 10, 2019.

While making a name for herself in Hollywood, Meghan worked on women's rights issues with organizations including World Vision, the Myna Mahila Foundation and One Young World, in addition to the United Nations.

At a forum a few months before her wedding last May, Meghan indicated she wants to use her new position to promote women’s empowerment. 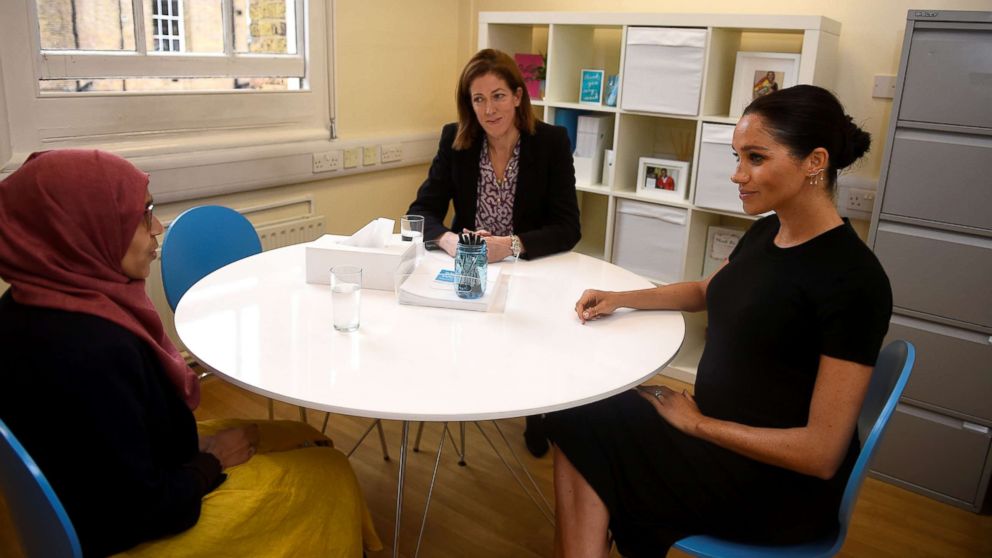 Clodagh Kilcoyne/Reuters
Meghan Markle, the Duchess of Sussex, does an interview preparation with Ruma Parvin during her visit at Smart Works charity in West London, Jan. 10, 2019.

Juliet Hughes-Hallett, chair and founder of Smart Works, said she was "thrilled" to have Meghan on board.

"An acknowledged champion of women and their rights worldwide, the Duchess will motivate ever more women to come to our centers and get the job that will transform their lives," she said in a statement. "The Duchess' patronage will inspire the women we serve and help them reach for the stars."

Meghan, who left her acting career to marry Harry, is also supporting a cause close to her heart in her role as patron of the National Theatre. She is taking over both that patronage and as patron of the Association of Commonwealth Universities from Queen Elizabeth II.

It’s really interesting that the Queen has chosen to pass on two patronages to the Duchess of Sussex in her royal career. I think it shows an absolute endorsement in Meghan as she starts out her life as a royal

"It’s really interesting that the Queen has chosen to pass on two patronages to the Duchess of Sussex in her royal career," said ABC News royal contributor Victoria Murphy. "I think it shows an absolute endorsement in Meghan as she starts out her life as a royal." 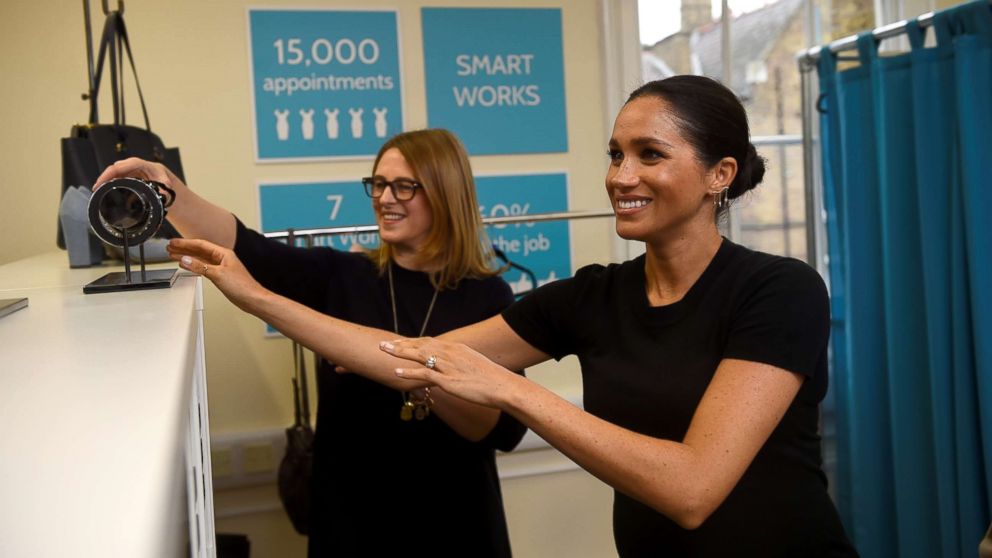 Clodagh Kilcoyne/AFP/Getty Images
Britain's Meghan Markle, Duchess of Sussex picks out a bracelet during her visit to Smart Works, a charity to which she has become patron, at St Charles hospital in west London, Jan. 10, 2019.

The fourth charity of which Meghan is Mayhew, an animal charity.

Meghan's four patronages "reflect the causes and issues with which she has long been associated including the arts, access to education, support for women and animal welfare," Kensington Palace said in a statement.

(MORE: From wedding to pregnancy, inside Prince Harry and Meghan Markle's mega 2018)

"The Duchess is delighted to become Patron of both national and grassroots organisations that are part of the fabric of the UK, and is very much looking forward to working with them to bring wider public attention to their causes," the palace said. "Her Royal Highness feels she can use her position to focus attention on, and make a particular difference to these organisations and, more widely, the sectors they each represent." 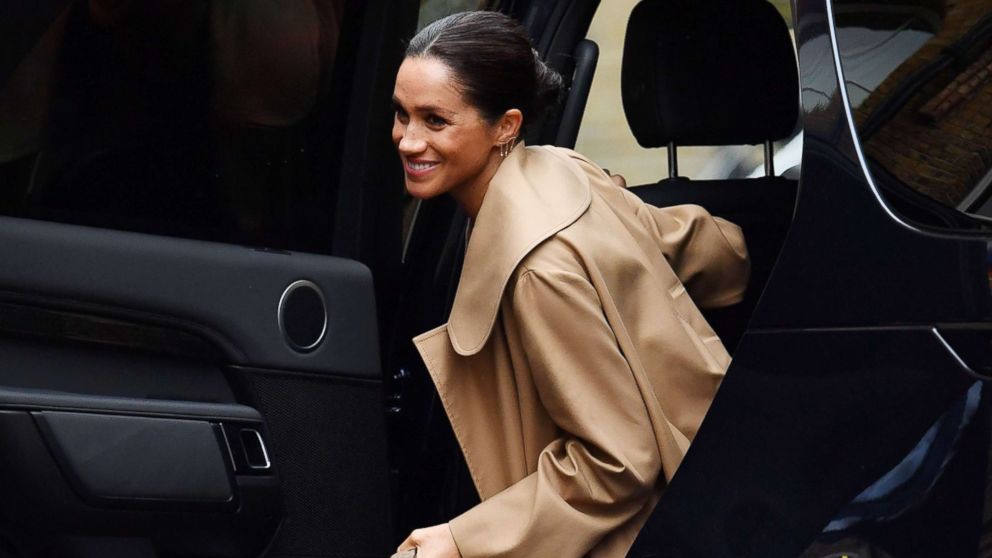 Ben Stansall/AFP/Getty Images
Meghan Markle, Duchess of Sussex arrives at St Charles hospital in west London to visit Smart Works, a charity to which she has become patron, Jan. 10, 2019.

Royal patronages are not necessarily for life and the younger royals usually have fewer patronages than older royals, as they steadily acquire more. Queen Elizabeth II is a patron of more than 600 charities and Prince Philip of more than 700.

Meghan began her public charitable work in the U.K. soon after she wed Prince Harry in May. She became the fourth member of the Royal Foundation, started by William, Kate and Harry, at the time of her wedding. 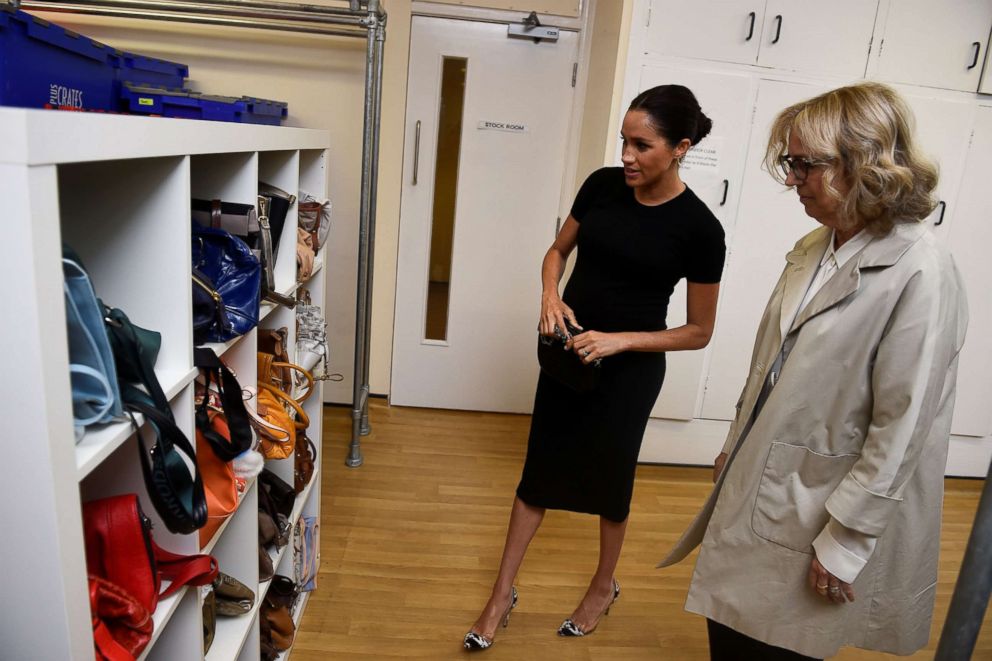 Clodagh Kilcoyne/Reuters
Meghan Markle, the Duchess of Sussex, looks at bags with Lady Juliet Hughes-Hallett during her visit at Smart Works charity in West London, Jan. 10, 2019.

In her first high-profile, solo charity project, Meghan collaborated with women at the Hubb Community Kitchen in West London on a charity cookbook that quickly became a bestseller. Her mom, Doria Ragland, flew from her home in Los Angeles to the U.K. to be with her daughter for the launch of the cookbook.

She also marked the 125th anniversary of women's suffrage in New Zealand and touted the importance of equal access to education for women during her 16-day royal tour of New Zealand, Australia, Tonga and Fiji with Prince Harry.

The announcement of Meghan's official patronages comes as she prepares for a busy 2019.

She is expecting her first child with Harry in the spring. The couple also plan to move from Kensington Palace to Frogmore Cottage on the grounds of Windsor Estate, about 30 miles from London.