Michaela Coel said her "Black Panther: Wakanda Forever" character identifying as queer is what really drew her to the role.

The Emmy winner told "Good Morning America" on Monday that it was proposed anti-LGBTQ legislation in Ghana, where her parents are from, that inspired her to tackle the part of Aneka in the "Black Panther" sequel.

"Hopefully it doesn't happen," Coel, 35, said of the controversial bill, which would criminalize identifying as LGBTQ+ as well as same-sex relationships and marrying someone who has had gender reassignment surgery, punishing those in violation with up to five years in prison.

Anyone seen "promoting" LGBTQ+ identities or "activity" prohibited in the bill could also face up to 10 years in prison.

She added that her Ghanian queer friends and other queer people in the country already can't get married, can't adopt children and can't have children of their own.

"This is heartbreaking to me," she said. "So any time I can contribute to pushing a queer narrative and making it acceptable and normalizing it in places where it's considered abnormal, I'm very on board for [it]."

She added that she was "happy" to provide representation.

Coel also opened up about preparing for the film, saying she went through some "pretty vigorous" training at a boot camp which saw her and her fellow Dora Milaje, many of them stunt women, mastering their moves outside "in the sweltering Atlanta heat."

The Dora Milaje are the all-female crew of warriors who protect the kingdom of Wakanda alongside Danai Gurira's Okoye and Florence Kasumba's Ayo in the Marvel film. Coel's character, Aneka, is a member of that crew. 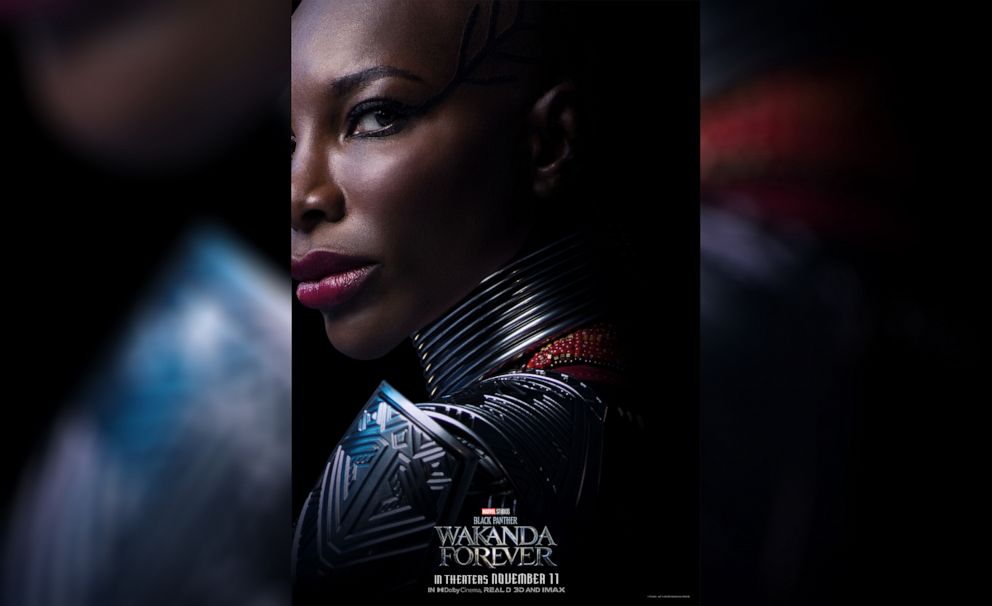 "I feel like she's much more concerned about the individual lives of people rather than the big picture or the big mission or the rules," Coel said of Aneka. "She's more about community and heart, and she will break the rules if it means looking out for her fellow sisters."

The "I May Destroy You" creator said she wanted to "minimize expectations" of fans who think she might be the next Black Panther, picking up the mantle after Chadwick Boseman, who died in August 2020 at 43 after a private, years-long battle with colon cancer.

"I did a Vogue piece in which I said I'm a supporting role and then I heard it was a decoy from the fact that I'm the Black Panther. I'm not," she said. "It's a supporting role, and I'm just so honored and grateful to have been even in a small part of this huge, huge story."