By Alexandra Svokos
Share —
Sign up for our newsletters to get GMA delivered to your inbox every morning!

Angelina Jolie may be a better actress and director, but Michelle Obama's got her beat in one category -- this year, at least.

The former first lady beat out Jolie as the world's most admired woman in an annual study conducted by online research firm YouGov. 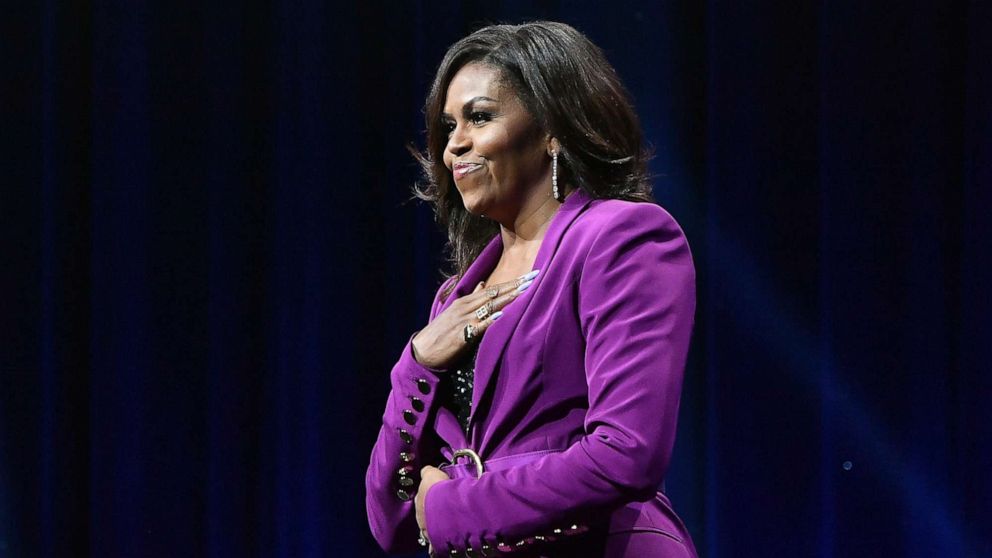 Obama topped the list this year, while Jolie -- who was first last year -- came in third.

(MORE: Michelle Obama on what she wants others to know about her marriage: 'We work on' it)

First ladies had a good showing on the list: alongside Obama, Hillary Clinton came in eighth, Melania Trump is 19th and Peng Liyuan, a singer and the wife of Chinese President Xi JinPing, is seventh.

World leaders, too, were featured on the list, including Queen Elizabeth II, German Chancellor Angela Merkel and outgoing British Prime Minister Theresa May.

On the men's side of things, Microsoft founder Bill Gates came out on top, with Obama's husband, Barack, in second. President Donald Trump is 14th on the men's list, while Russian President Vladimir Putin is 10th.

Unsurprisingly, considering their high placement on the global scale, the Obamas top both the male and female list of most admired people in America alone.

(MORE: Michelle Obama's 'Becoming' could be 'most successful memoir in history': Publisher)

On the men's side, Trump comes second, and on the women's side, Supreme Court Justice Ruth Bader Ginsburg is his parallel. Melania Trump takes third, and Clinton came in eighth.

Just two presidential candidates are featured on either list of America's most admired: former Vice President Joe Biden in sixth and Sen. Bernie Sanders in seventh.

It's been a remarkable 12 months for Obama, whose memoir "Becoming," released last fall, "could be the most successful memoir in history" after selling about 10 million copies, per its publisher, Penguin Random House.