Michelle Obama is honoring her mom in a special way.

Ahead of Mother's Day, the former first lady announced that an exhibit in the highly anticipated Obama Presidential Center in Chicago will pay tribute to her mother, Marian Robinson.

In a video Friday shared first with "Good Morning America," Obama reflected on the close relationship she has with her mother and the values that Robinson instilled in her at a young age.

2:31
Former ​first lady Michelle Obama announced a special exhibit in honor of her mom Marian Robinson at the Obama Presidential Center to celebrate the values Robinson instilled in her.

"Growing up with my mom was always an adventure," Obama said. "It was trips to the library as a toddler to learn about ABCs; it was the entire family piling into our car to go to the local drive-in; and my mom inviting family over for New Year's Eve, passing around her special hors d'oeuvres and toasting in the new year."

"But above all else," she added, "my mother gave me that nonstop, unconditional love that was so important for me to grow up. In so many ways, she fostered in me a deep sense of confidence in who I was and who I could be by teaching me how to think for myself, how to use my own voice and how to understand my own worth. I simply wouldn't be who I am today without my mom."

I simply wouldn't be who I am today without my mom.

The exhibit, called "Opening the White House," will focus on community and family while also making sure everyone who visits the presidential center "feels at home," Obama said.

MORE: Michelle Obama reflects on being the first black first lady and her reaction to Donald Trump winning the presidency 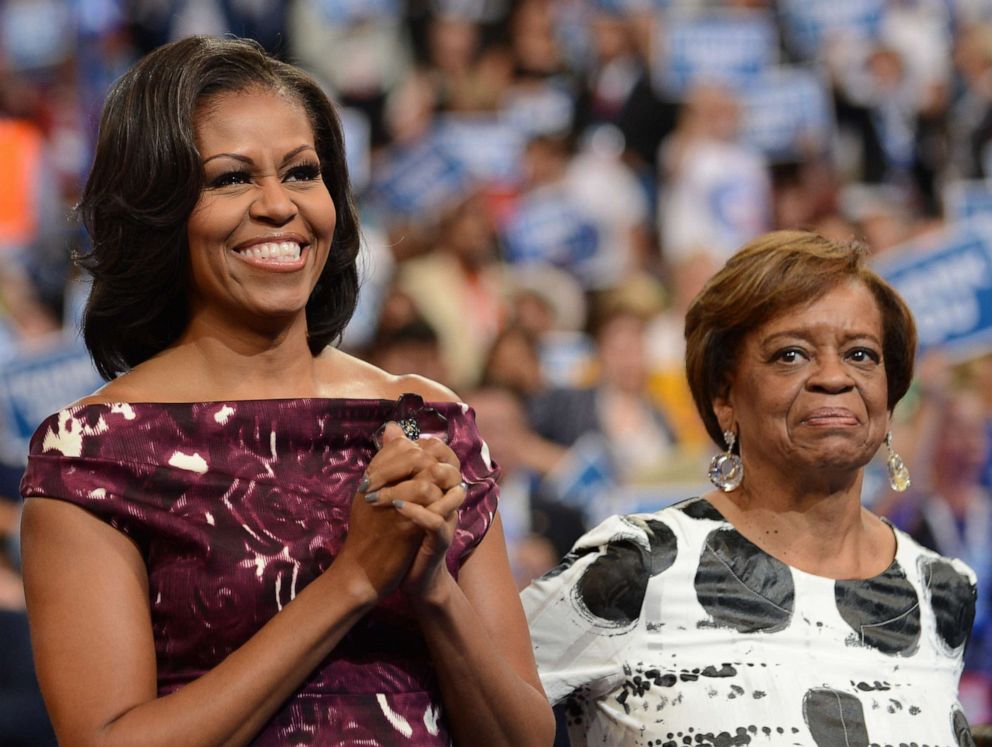 Robyn Beck/AFP via Getty Images, FILE
First Lady Michelle Obama and her mother Marian Robinson clap to a speech at the Democratic National Convention in Charlotte, N.C., Sept. 6, 2012.
MORE: Michelle Obama's mom asks if she met any 'real stars' at the 2019 Grammys

The upcoming exhibit will also feature scale replicas of the White House's East Room, where the Obamas once held dinners, as well as the Blue Room and the South Lawn, where the family hosted garden tours and the Easter Egg Roll.

In her memoir, "Becoming," Obama opened up about her mother, whom she called the "first grandmother" because she lived with them in the White House. During their eight years there, Robinson would help Obama balance the demands of raising a private family in a very public house.

Obama ended her Mother’s Day tribute to her mom by saying that she hopes everyone will be able to see the exhibit when the presidential center opens to the public in 2025.

"In the years ahead, we want to welcome you to Chicago to see it -- maybe even with your mom," she said. "So Happy Mother's Day everyone. And especially to you, mommy. Love you."