Cyrus started her set by hailing the "health care heroes" in the audience.

The 28-year-old Grammy nominee then threw in some curveballs, such as belting out Toni Basil's "Mickey" -- appropriately altering the spelling to "Miley" -- and imitating Britney Spears when belting out her 2009 hit, "Party in the U.S.A."

Cyrus performed a medley of most notable hits and newest singles, such as "Prisoner," "Edge of Midnight," "Nothing Breaks Like a Heart," "Angels Like You," "We Can't Stop" and "Wrecking Ball."

The singer became overwhelmed with emotion when performing the latter track, her 2013 single that is reportedly about ex-husband Liam Hemsworth. Cyrus pulled away from the microphone several times to battle away tears. At the end of the emotional ballad, she told the audience, "I wear a lot of glitter and I wear a lot of armor, but I also wear my heart on my sleeve, and it gets broken a lot."

Other highlights included her duet with Jett, as they dove into the revered rocker's extensive catalogue and performed "Bad Reputation," "Bad Karma" and "I Hate Myself for Loving You." 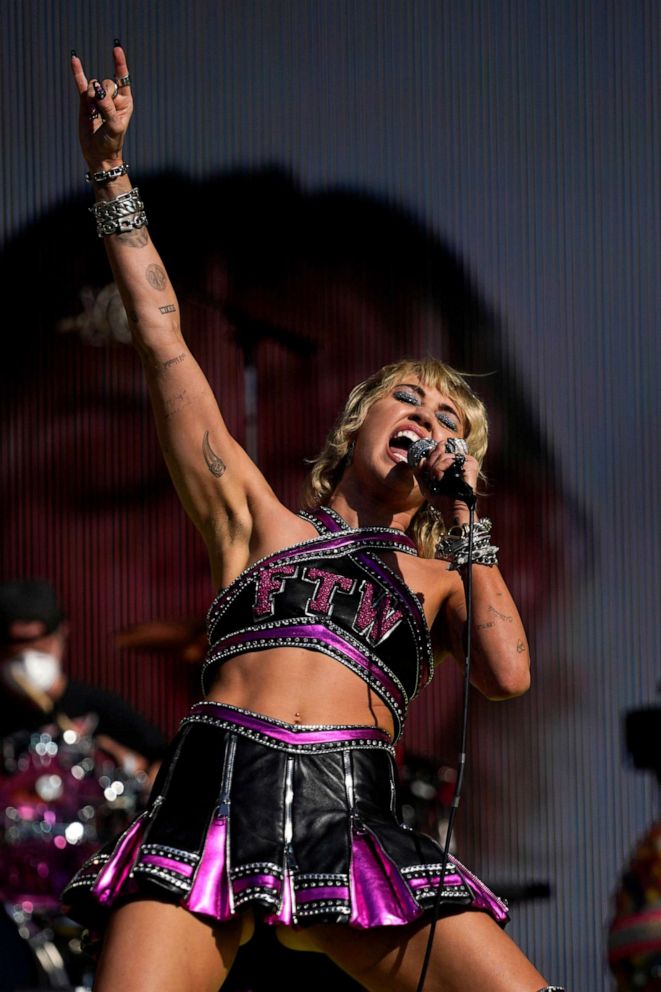 With Idol -- who was grinning ear to ear -- on stage, he and Cyrus turned his 1982 smash "White Wedding" into a powerhouse duet. Idol also joined Cyrus at the start of her show by rocking out to her Plastic Hearts track, "Nightcrawling."