Ian Desmond, a two-time Major League Baseball All-Star at the top of his professional game, stunned sports fans when he decided to stop playing.

The 35-year-old Colorado Rockies centerfielder and father of five spoke exclusively to "Good Morning America" in his first interview since opting out of a second consecutive season and revealed the complexities behind the catalysts for his decision to walk away from the diamond.

"There was a lot of things going on," he said thinking back to last year. "We had the George Floyd events. We had the pandemic obviously was setting in, and my wife and I were about to have our fifth baby."

Just last week Desmond took to social media to share his thoughts on the sport that shaped him and his future with Major League Baseball.

"Over the last few months, I’ve had tough conversations. I’ve asked a lot of questions and done a lot of thinking. For now, I’ve decided to opt out of the 2021 season," he wrote in a post. "The COVID-19 pandemic has made this baseball season one that is a risk I am not comfortable taking."

Part of those "tough conversations" included leaving behind his $13.56 million salary. 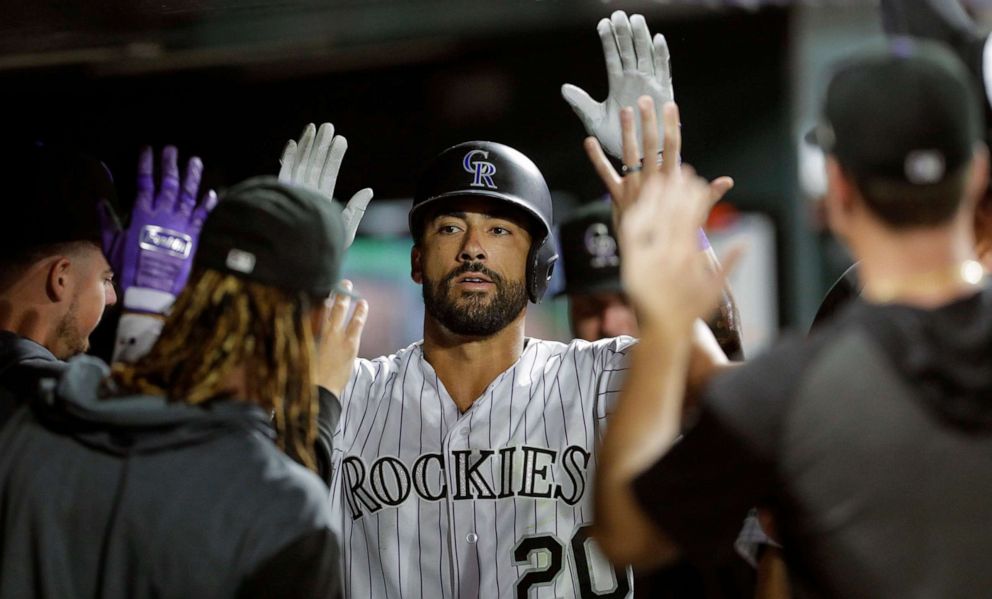 Joe Mahoney/Getty Images, FILE
Ian Desmond of the Colorado Rockies is congratulated in the dugout after his home run against the Pittsburgh Pirates in the eighth inning at Coors Field, Aug. 30, 2019, in Denver.

"I think the first one is walking away from a lot of money," he said. "My desire to be with my family is greater than my desire to go back under these circumstances and play ... that time with my kids is always so precious. So to me, that will always trump money."

But other issues were at play for Desmond after he decided not to participate in the 2020 season.

"The biracial seat is a completely unique experience, and there are so many times you feel like you belong everywhere and nowhere at once," he wrote in an Instagram post. 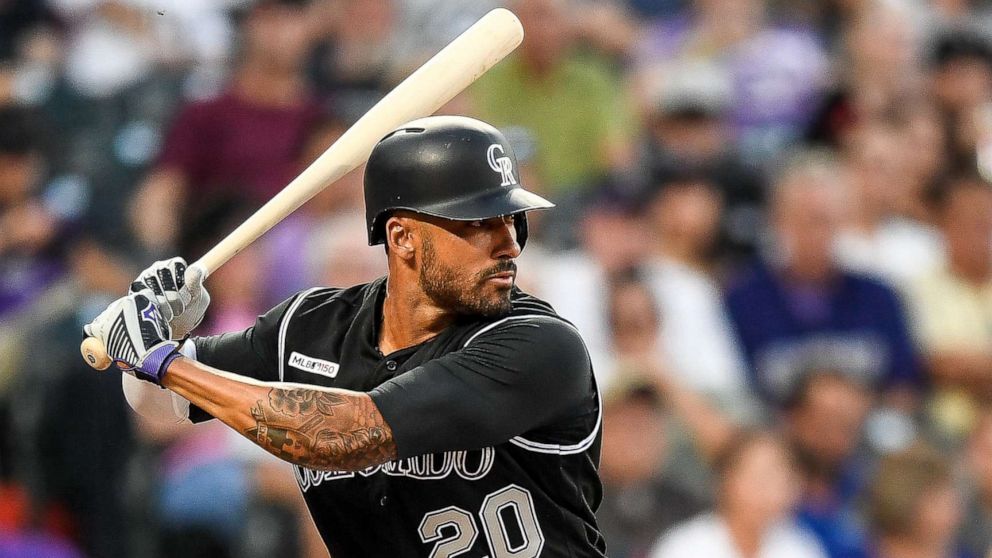 He told "GMA" that "like most biracial people will say it's not that it's necessarily racism, it's more of-- just constant -- jabs. Like, 'Oh, you're not black because I don't talk.' And I said, 'well, I don't wear certain clothes. I don't do certain things, listen to the music.' But I'm also not necessarily white."

Desmond called it "an internal feeling" of questioning "where exactly do I belong as a biracial man in the world and in the clubhouse?"

Now, he has made it his mission to make sure all kids feel like they belong and teamed up with The Boys and Girls Clubs of America to found Newtown Connection, an organization that aims to empower and educate underprivileged youth through sports.

"I hope that that kids of all colors, of all races, all ethnicities, all ethnicities, everything can experience the life lessons that come from playing baseball, perseverance, determination, character," Desmond said. "I feel like it's kind of being deprived in the inner cities and like the untouched areas. Baseball is a beautiful game and it's got a rich history for a reason."